“Ooh! I accidentally added a contact on our group text that shouldn’t be part of it in the first place!”

“I need to remove this person from our group text as he’s not part of the department already.”

Familiar with such scenes?

If you’re currently in such a predicament, can you still remove that someone from the group text?

Thankfully, Android has allowed its users to (and add) contacts from a group text regardless of the reason behind such a move.

Hence, continue reading below and learn the basic steps of doing such a feat.

How to Remove Someone from Group Text on Android

Group texting is a nifty method of sending a singular message to different contacts in one go.

Not only does this feature save time, but it also allows several people at once to receive vital information.

Adding contacts to the group text is easy, but would the same be said when you need to remove someone from the same group text?

Regardless of the reason for the need to remove that contact, you can easily do it.

Think of it as reversing the steps of how you added that person to the list.

So, here’s what you should do to remove someone from the group text when you’re using an Android device.

Step 1: On your Android device’s home screen, locate the native messaging app and tap it. 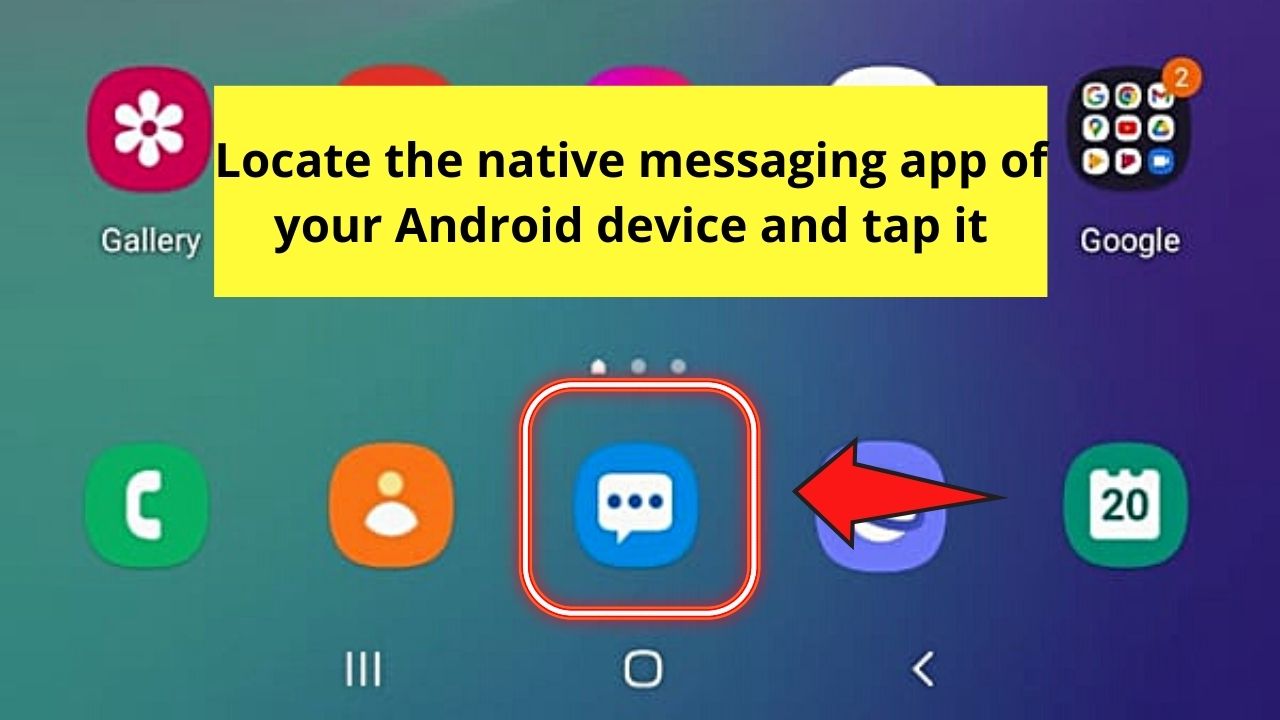 Step 2: Once the messaging app’s launched, locate the group text and tap on it. 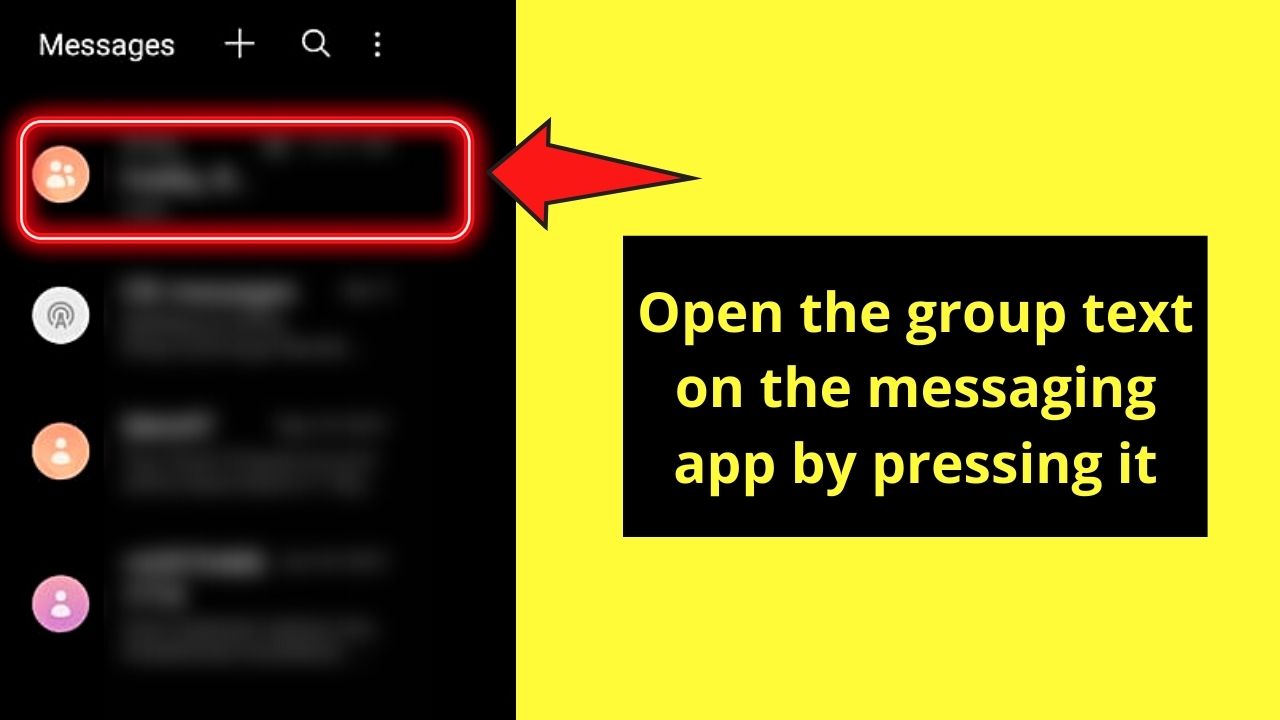 You’ll then be redirected to the group’s conversation thread.

Step 3: On the upper right of the conversation thread page, tap the kebab menu. This menu appears as a 3-vertical-dot icon. 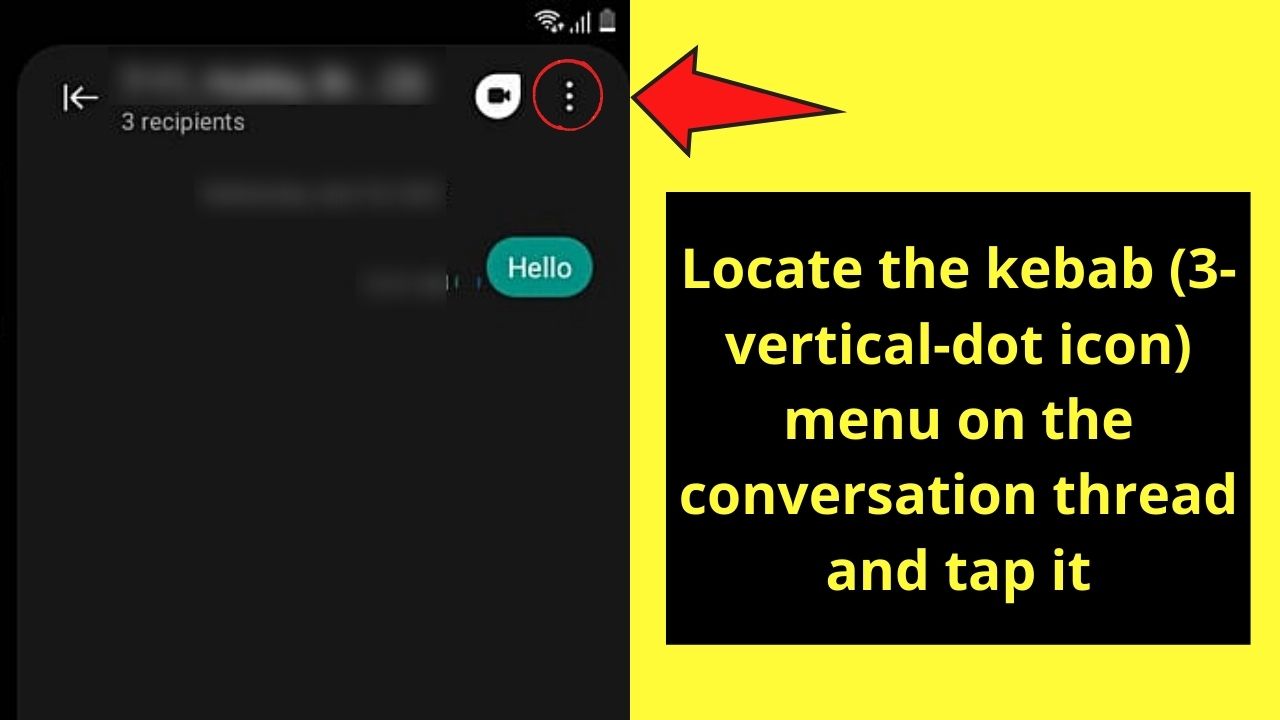 Step 4: After tapping the kebab menu, a menu will then appear listing out the options that you can do for that particular group text.

From the list of options, tap the “Add or Remove People” option. 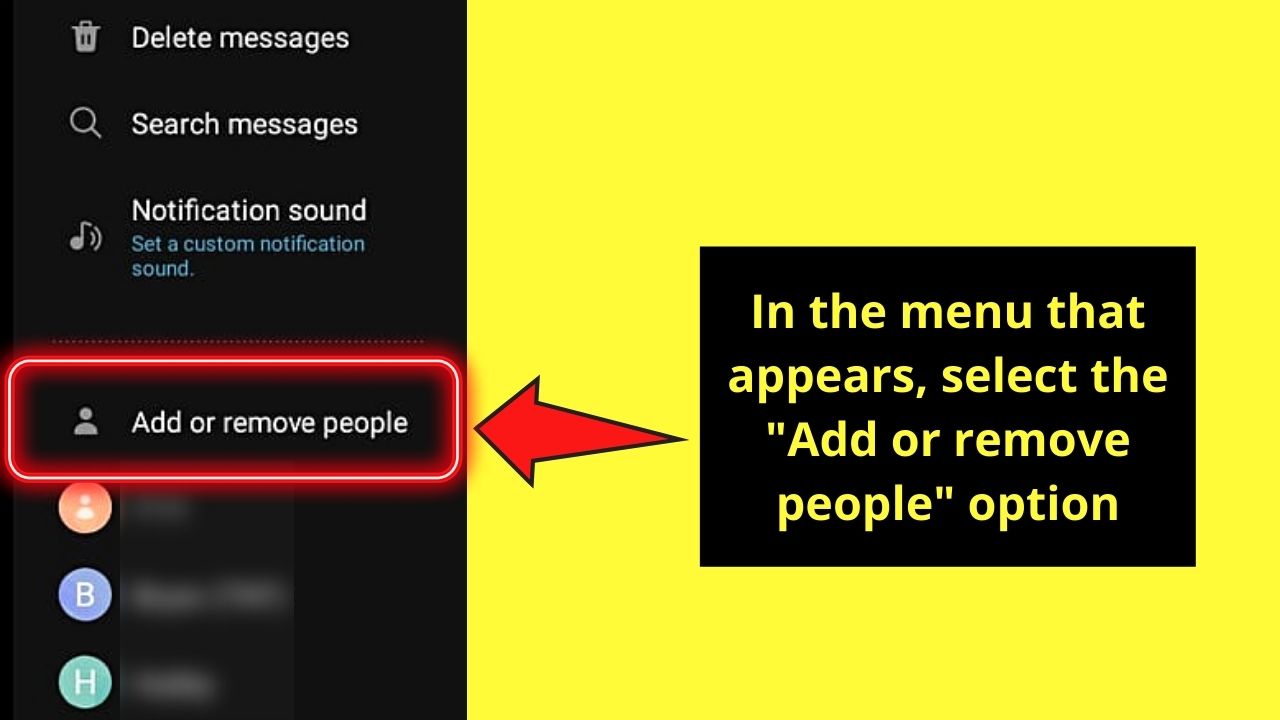 Step 5: Once you’re in the “Add or Remove People” menu, search for the contact you want to remove from the group.

You can opt to scroll down your list of contacts until you see that person’s name. 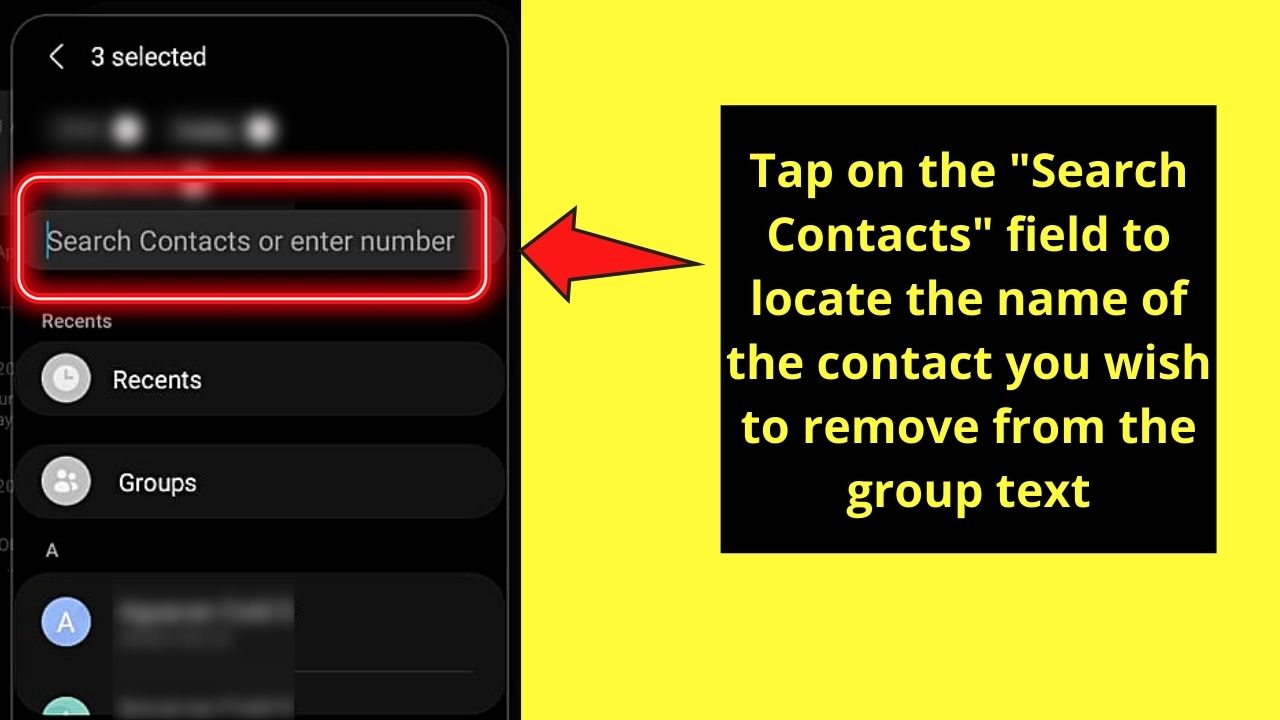 Step 6: After locating the said contact, you’ll notice a checkmark beside that contact’s name. This means that the person’s part of the group text. 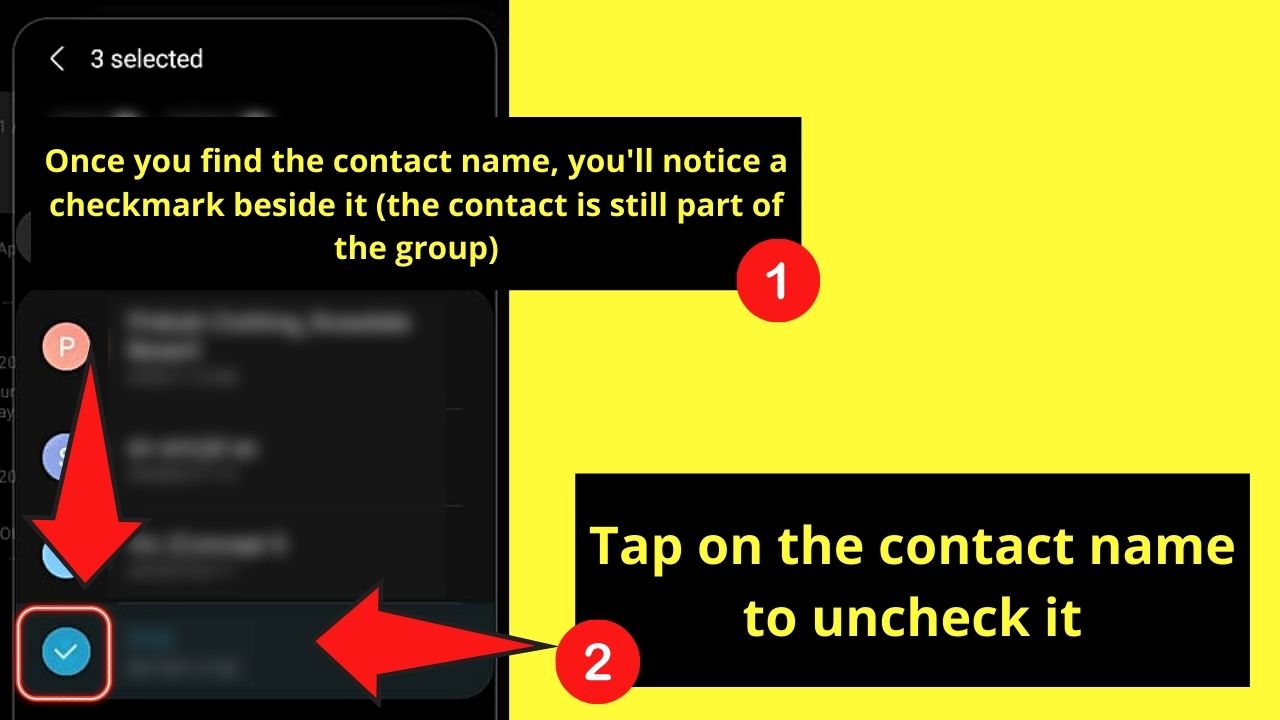 Step 7: Once you removed the said contact, tap the “Done” button for the changes to take effect.

You’ll know if you’ve successfully removed that person if the checkmark disappears, and the name is removed from the list of contacts. 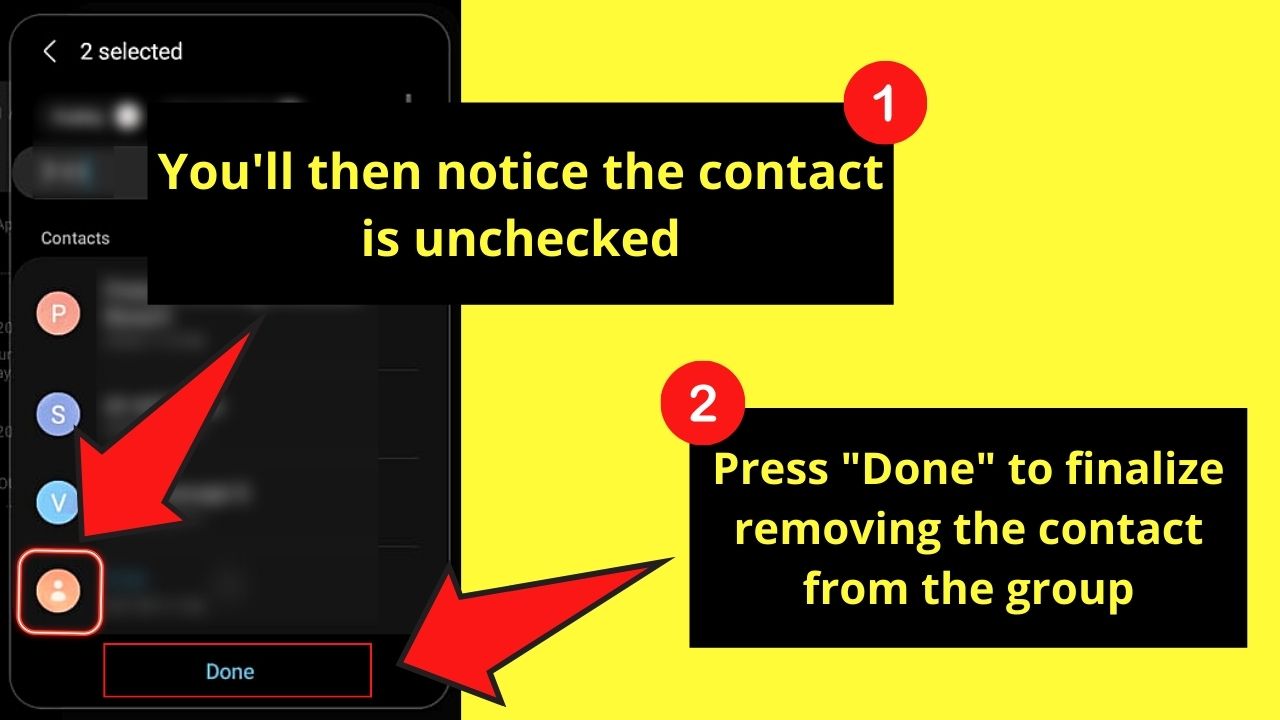 And, the good news is that you can easily undo such action if you accidentally removed that particular contact from the group.

So, are you now ready to begin removing contacts from your group texts on Android devices?

How can I delete the group text I created on my Android device?

To delete a group text on Android, tap the kebab menu (3-vertical-dot icon) and press “Delete group.” Then, a menu will appear below the message asking you to choose between “Group only” and “Group and members.” Select the “Group only” option so you can still keep the contacts intact.

Will the group messages be deleted when you leave a group text on Android?

If you leave a group text on Android, you’re only removed from the contacts part of the group. However, the messages in that particular group text will not be removed.

Will the contact I removed from the group know that he or she’s not part of the group text already?

Even if the person you removed from the group uses the same messaging app as the rest of the members, he won’t know he’s not part of the group already. He won’t receive any notification of his removal not unless you tell him.