But, there are many offline members on the server even if we reached that landmark member number.

Can we simply hide those offline members so we’ll have less admin work?

Well, if you’re one of the few Discord server admins wondering about this, you’ve come to the right place!

Let’s all learn if hiding offline members is a possibility on Discord — or not.

How to Hide Offline Members in Discord

Discord doesn’t have a toggle or feature that allows manual hiding of offline members. However, once your server reaches a member count of at least 1000, Discord automatically hides offline members.

If you’ve been paying keen attention, hiding offline members on Discord is impossible if you want to do it manually.

In previous versions of the app, the automatic hiding of offline members of your Discord server happens when the member count reaches 100.

But, with the recent updates, Discord has boosted the minimum member count.

Discord now hides your offline members when your server count reaches 1000 (after checking the member count).

There is no toggle button to hide offline members manually.

Even you as the server admin won’t be able to find the list of offline members. Think of it as automatic archiving of your members.

But, if you want to check on the list of your members, you can always do so by accessing “Server Settings.”

Depending on what device you’re using in accessing Discord, take a look at the next sections below.

Step 1: Press the hamburger menu on the last chat page you visited on Discord mobile. 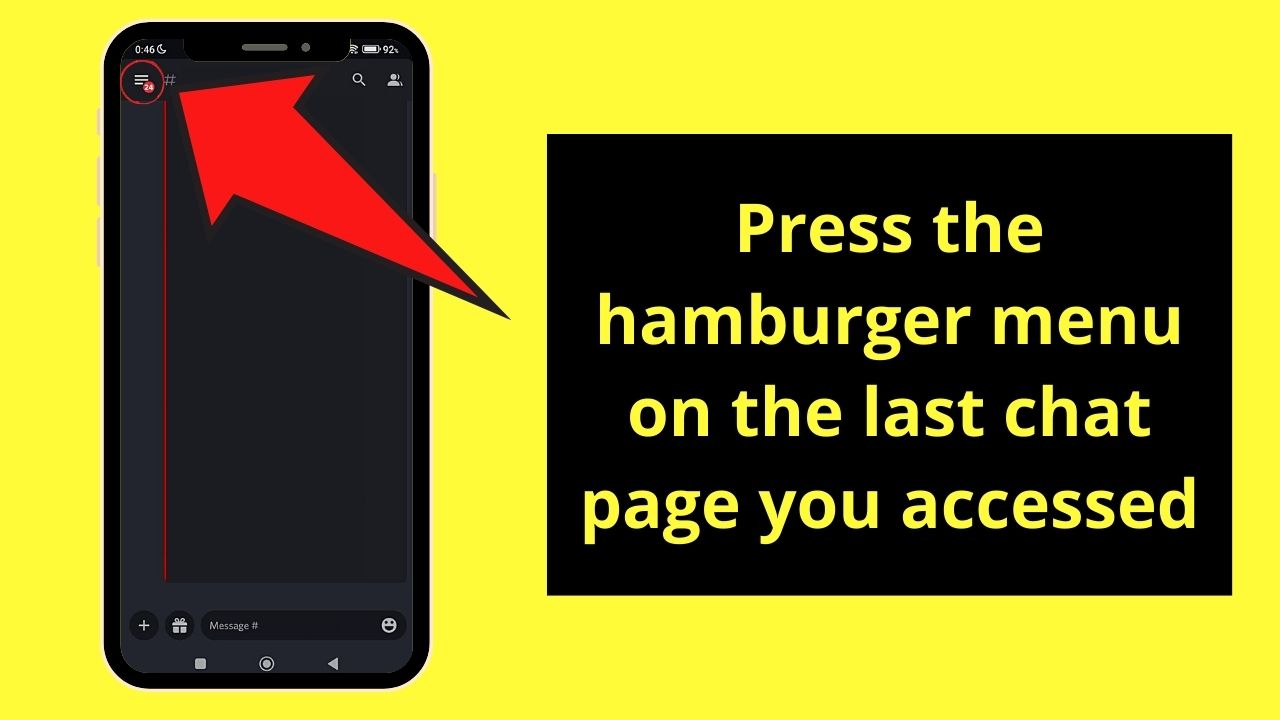 Step 2: On the left side panel, tap the server icon you want to access. 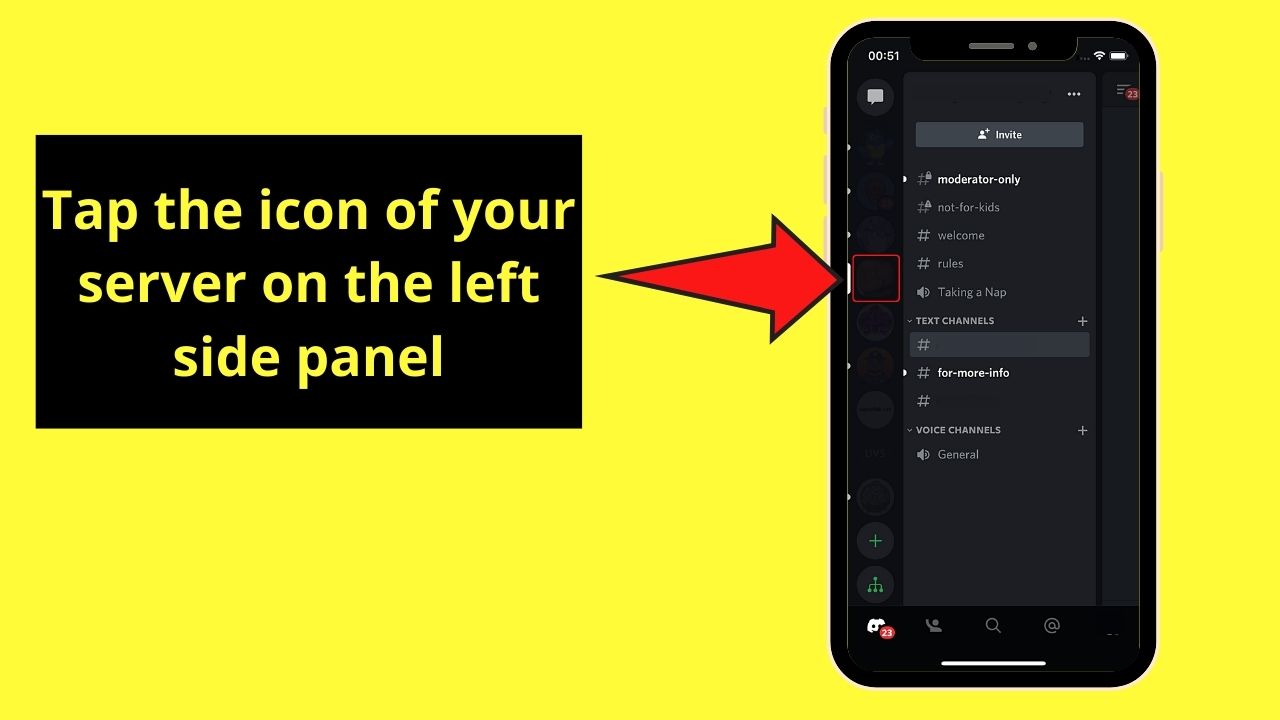 Step 3: Press the kebab menu beside the server name. 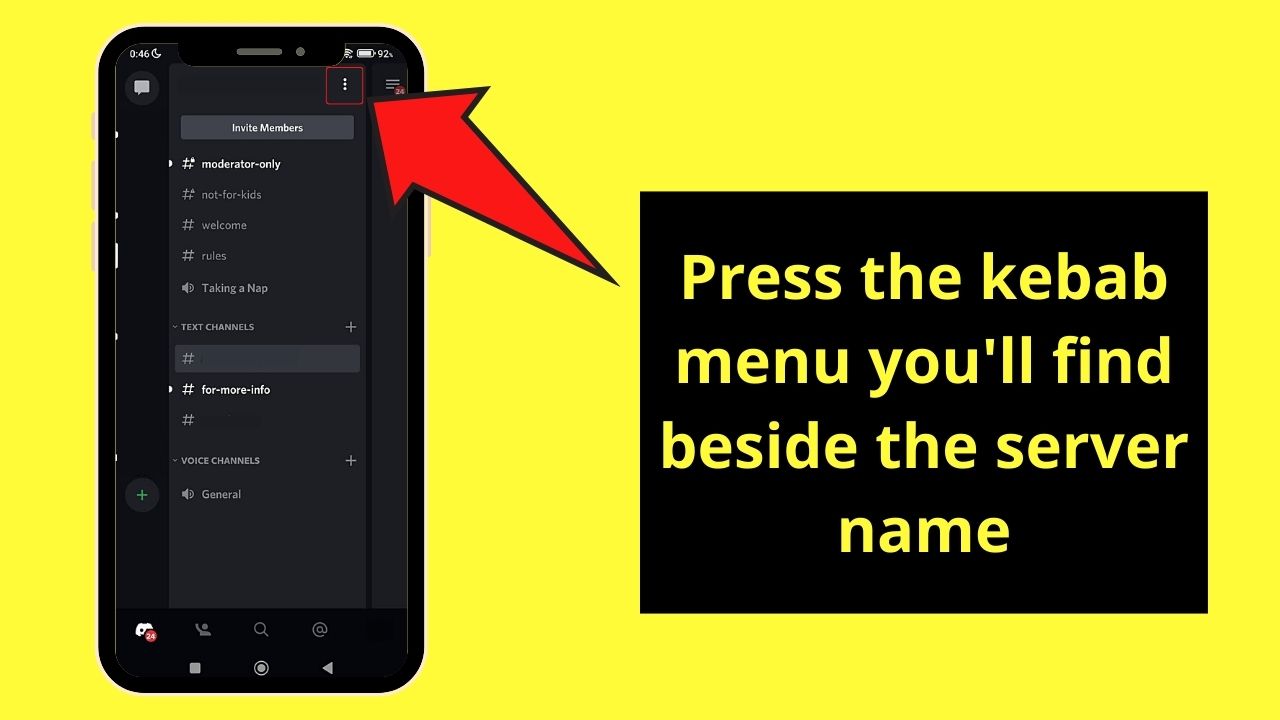 Step 4: On the menu that appears from the screen bottom part, tap “Settings.” You won’t miss out on this icon as it takes the shape of a gear. 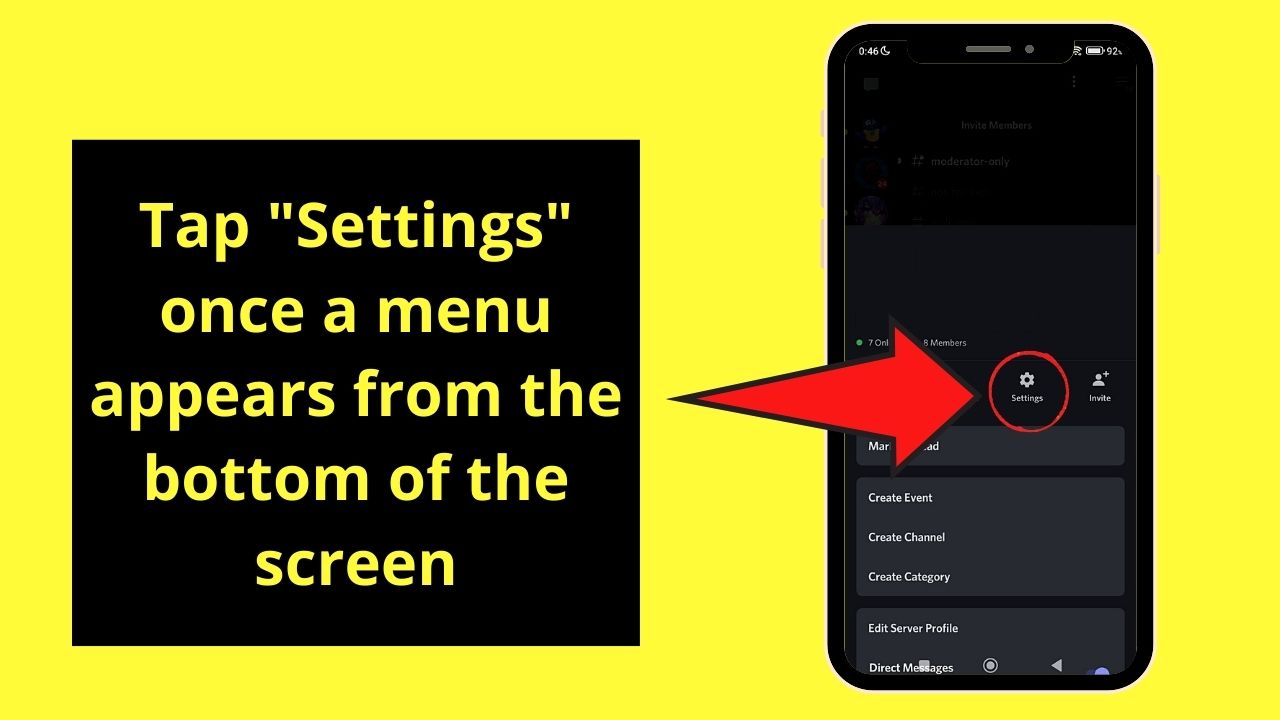 Step 5: Swipe up the screen until you reach “User Management.” 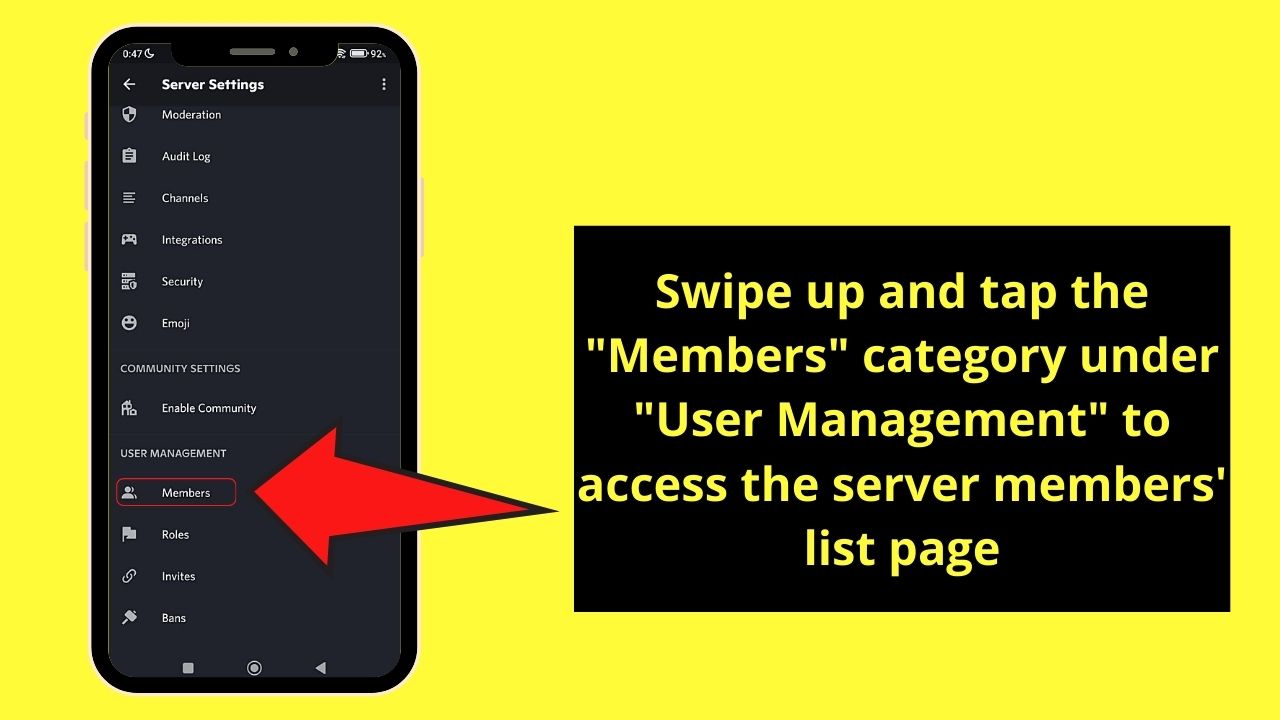 Step 1: Press the hamburger menu on the last chat page you visited on your Discord app. 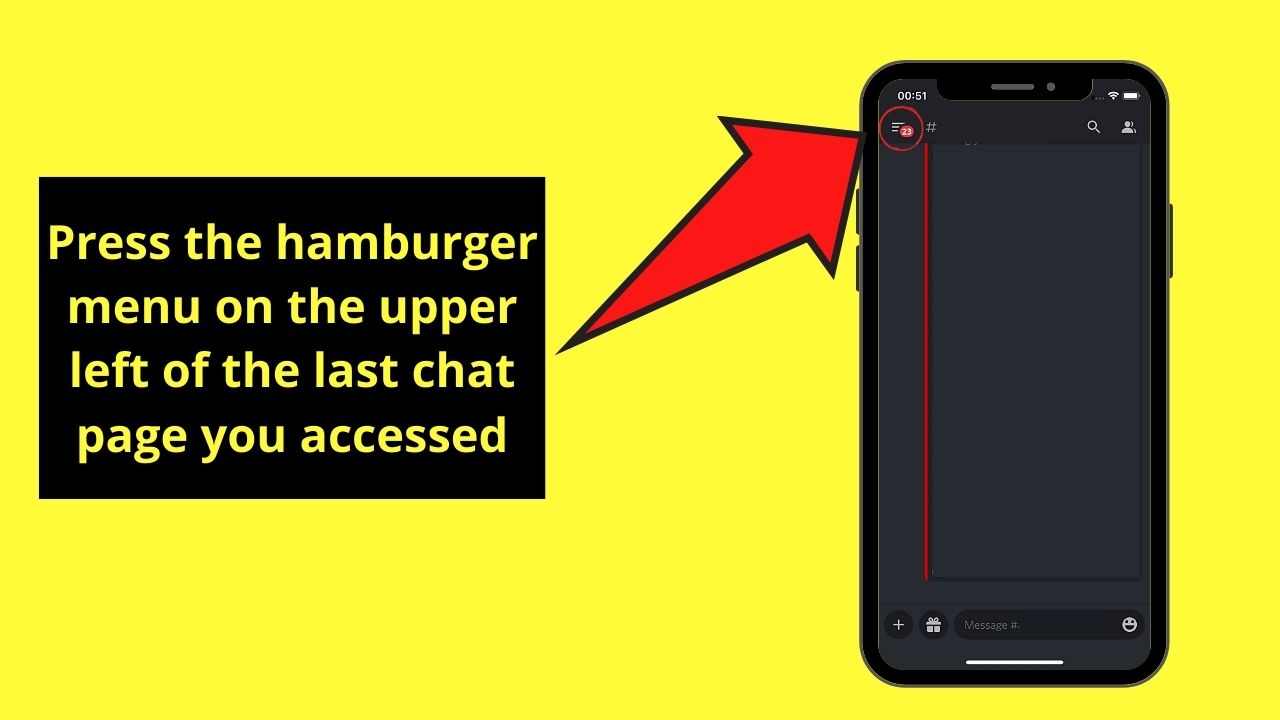 Step 2: On the left side panel, press the server icon you want to access. 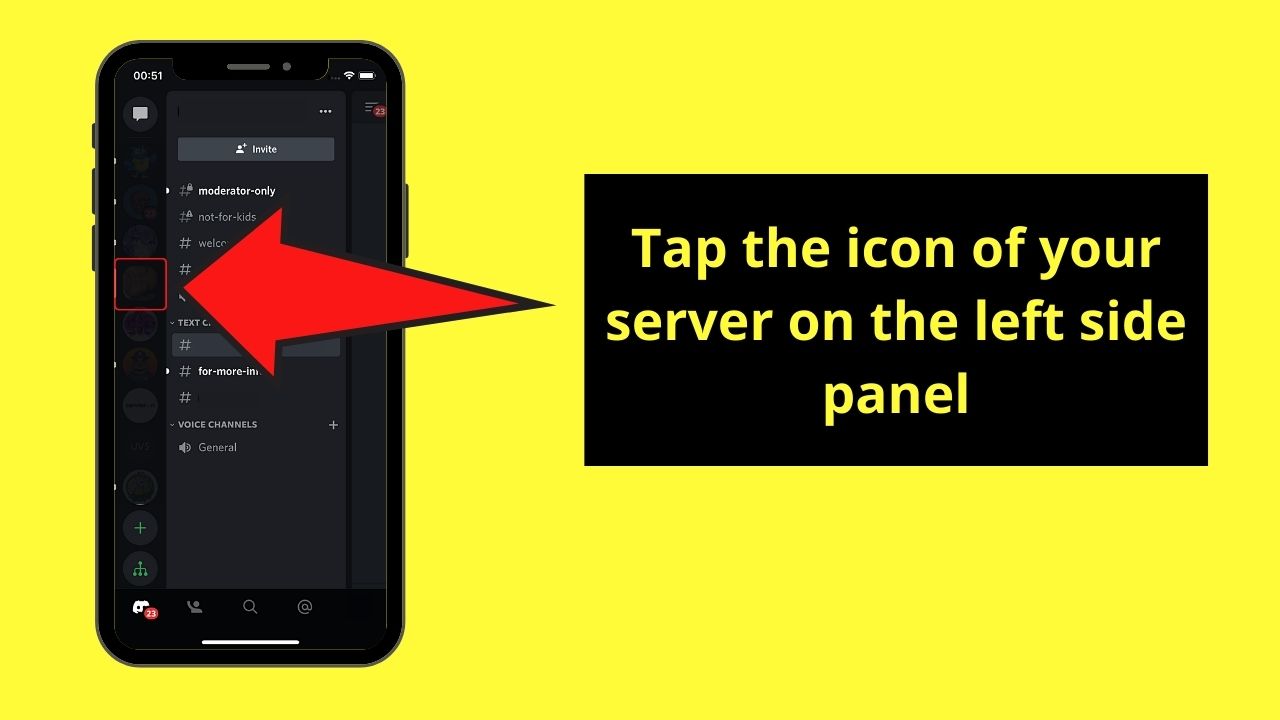 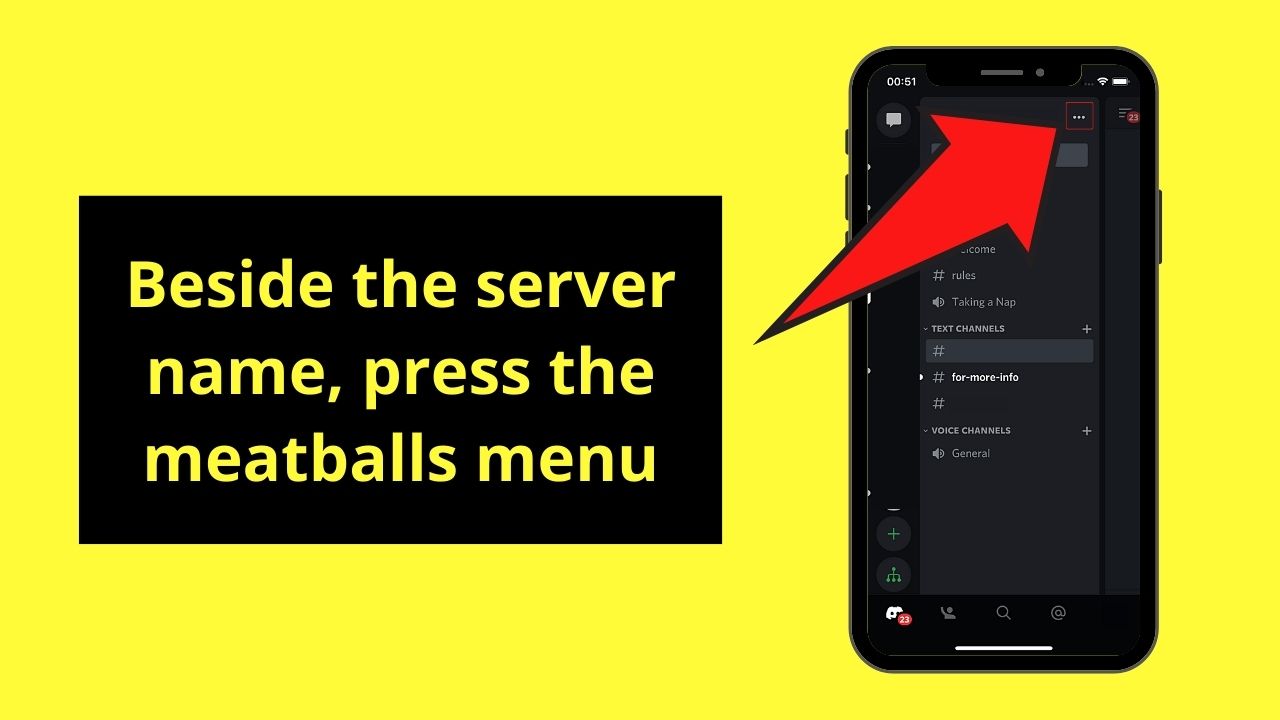 Step 4: On the menu that appears from below the screen, tap the “Settings” icon, which appears as a gear. 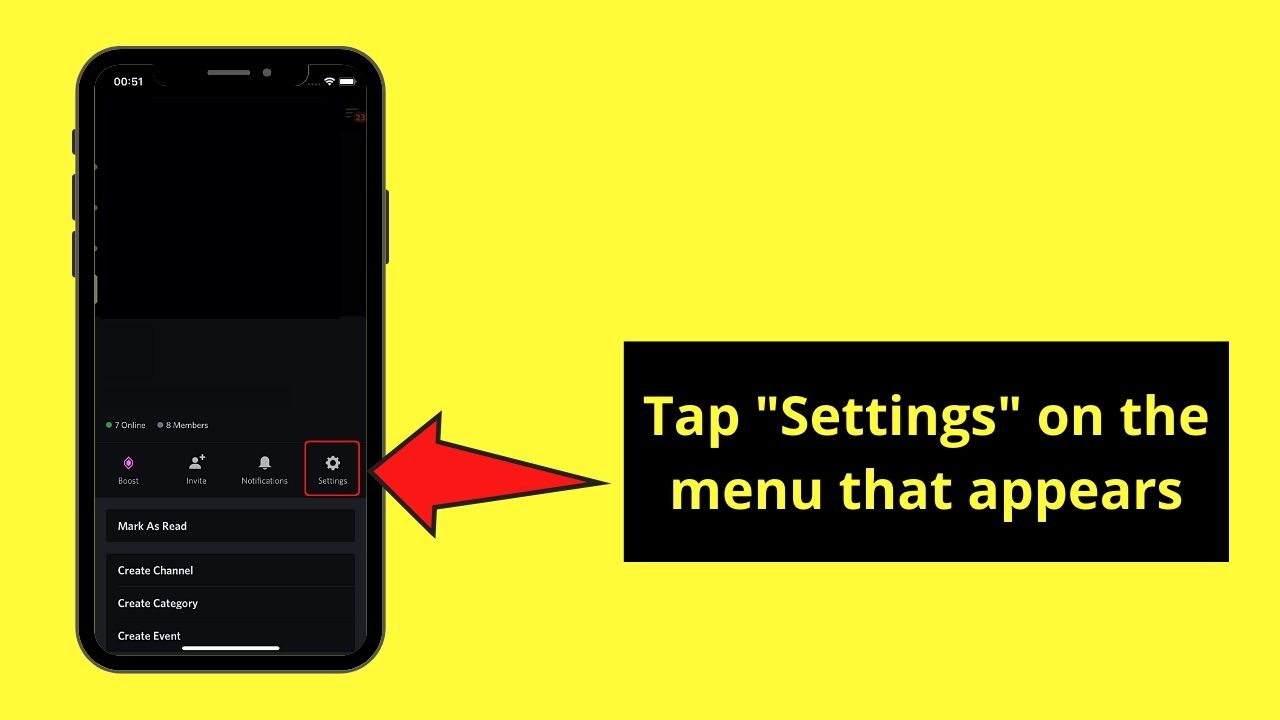 Step 5: You’ll then have access to the “Server Settings” page.

Once there, swipe up the screen until the “User Management” section appears. 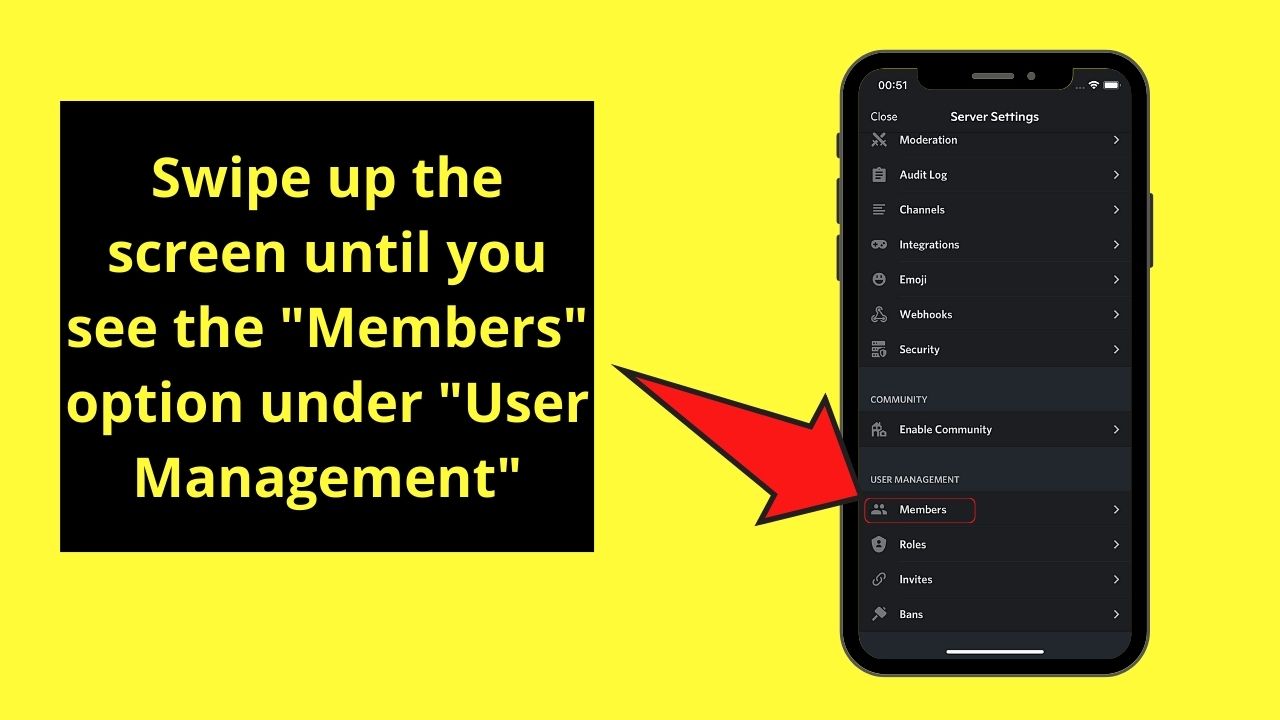 After which, tap “Members.” You’ll then find a list of the members on your server. 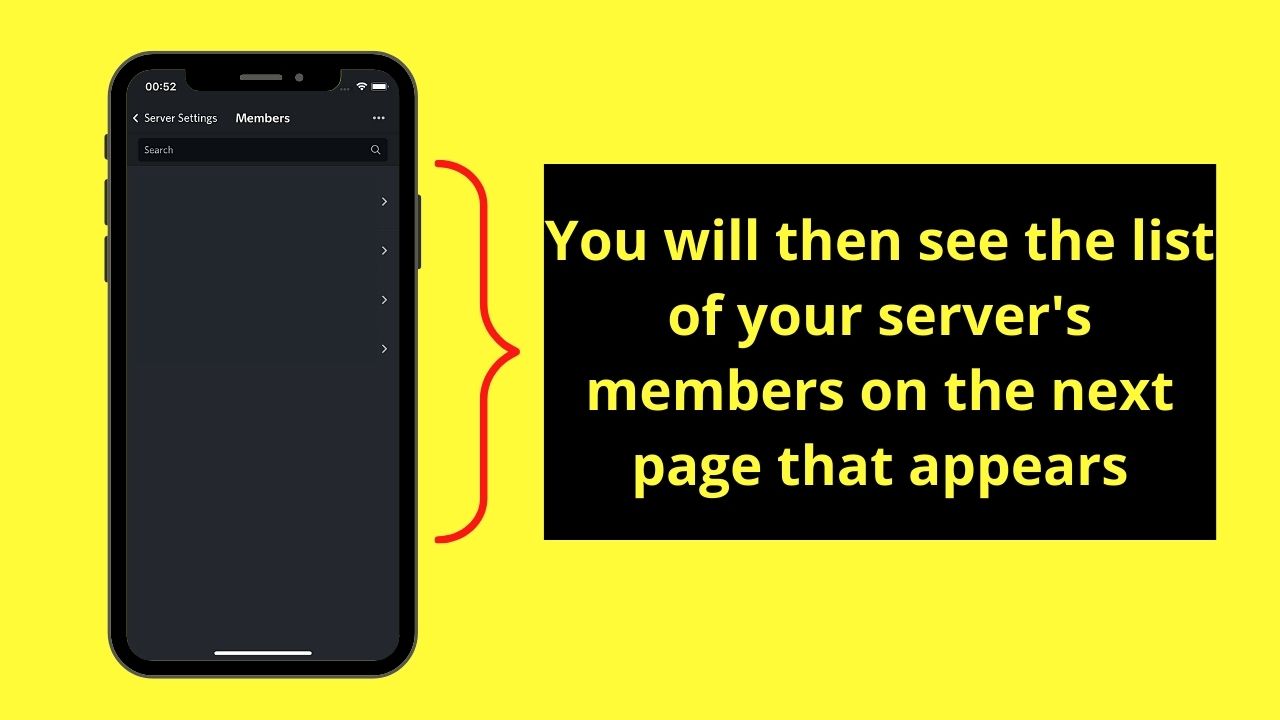 Now, if you’re using a computer instead of a mobile phone, take note of the following steps in checking the member count. 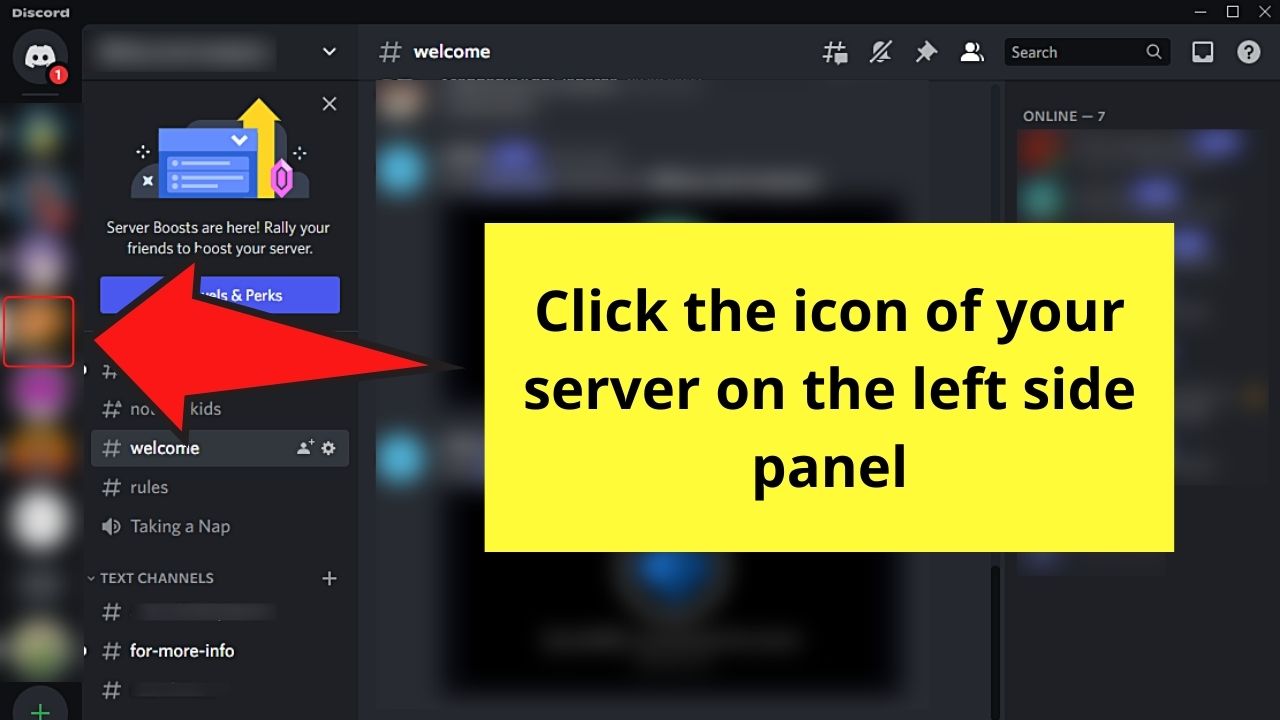 Step 2: Click the “v” button beside the server name and choose “Server Settings” from the dropdown menu that appears. 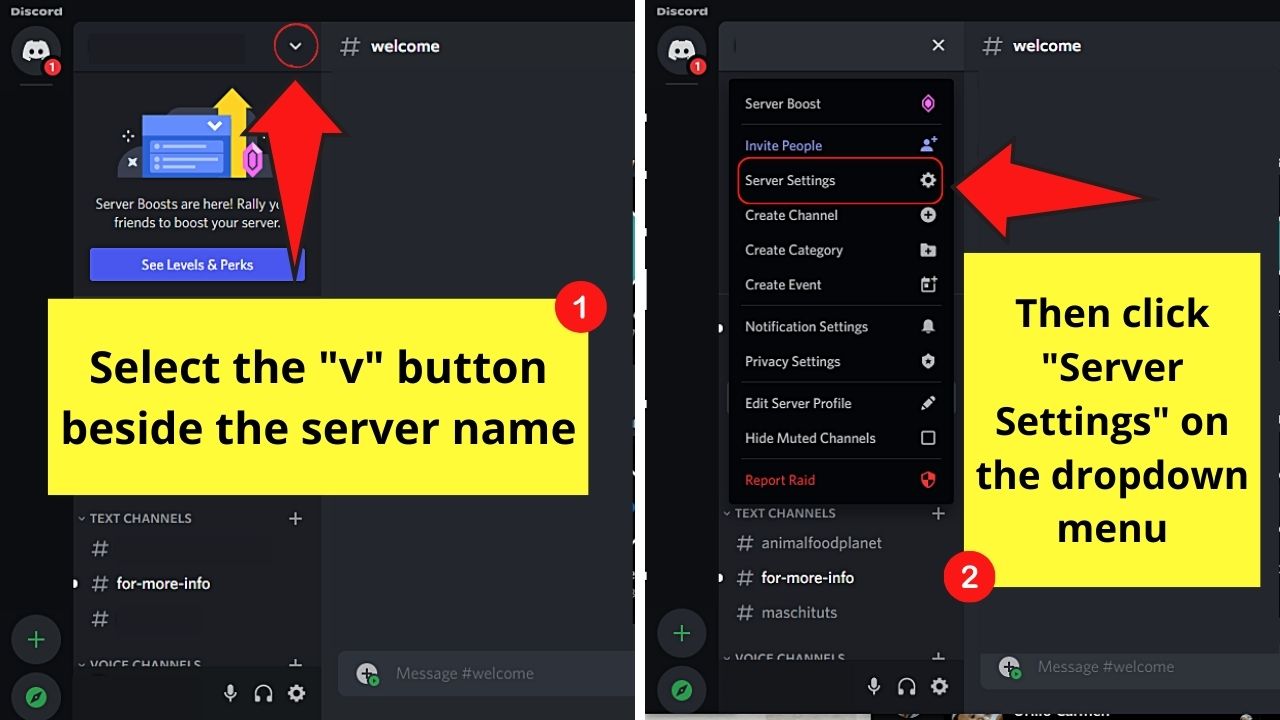 From there, select “Members.” The “Members List” page will then appear. 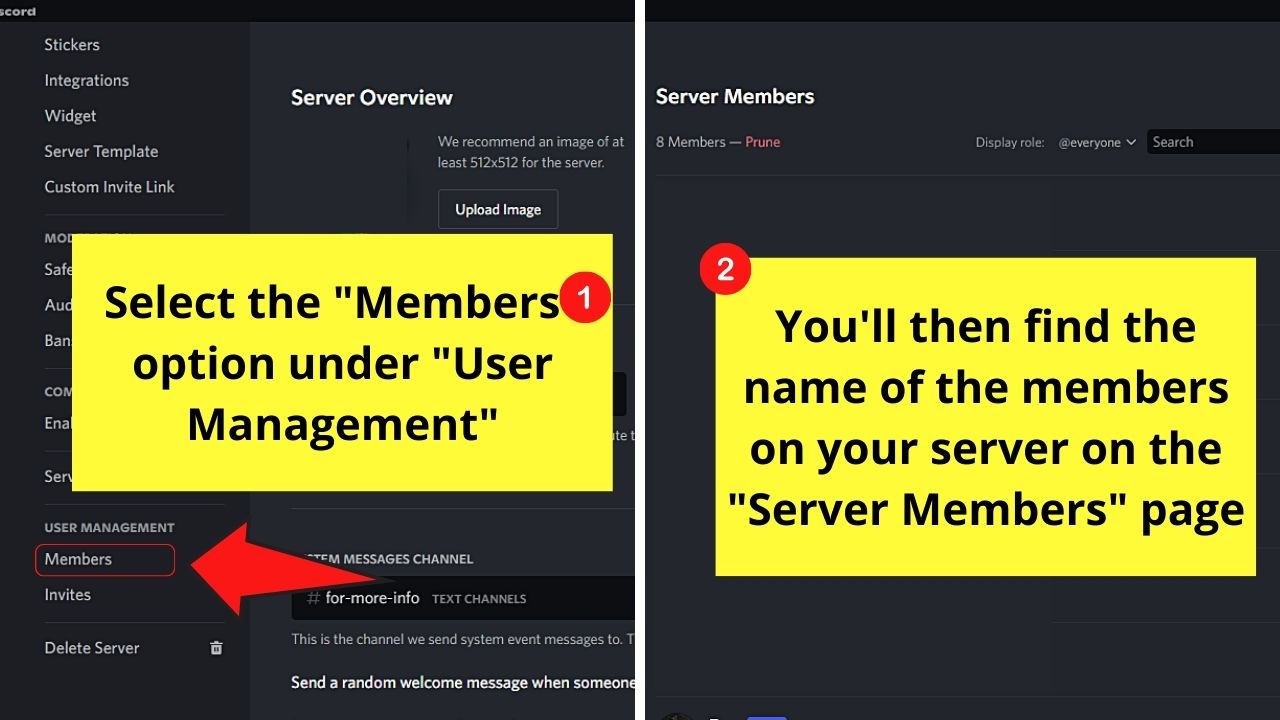 All the members on your server will then appear on the said list, including the moderation bots that you have installed on your server.

Frequently Asked Questions about How to Hide Offline Members in Discord

How many members does my server need to reach before Discord automatically hides the offline members?

Previously, Discord automatically hides the offline members of a particular server if the member count reaches 100. Now, the Discord team has boosted this number to 1000.

Can I manually hide the offline members’ list on Discord?

There is currently no toggle feature that allows server admins and owners to manually hide the offline members’ list on Discord. Discord does this automatically whenever the member count reaches 1000.

What is the difference between an offline member and an idle member on a Discord server?

An idle member on Discord simply means that the said member hasn’t interacted or looked at Discord for a few minutes. It is similar to an “AFK” (Away from Keyboard) status. An offline member, however, is someone who has logged out of the Discord app.

Can you set your status on Discord as offline manually?

Can I kick an offline member on a Discord server after a day?

In previous Discord versions, there’s a “more than 1 day ago” time limit option. But, this option’s removed from the current version as it’s unreasonable to kick an offline member after being inactive for only a day or couple of days.