Whoah! Two of the Discord servers I’m a member of want us members to be in the voice channel at the same time.

Is it possible for me to be in 2 Discord voice channels at the same time?

Well, better keep reading below if you want to find the answer to this very intriguing question.

How to be in Two Discord Voice Channels at Once

Unfortunately, Discord doesn’t allow its users to be in 2 voice channels at once. You are only allowed to join 1 voice channel at a time. If you try to join a second server, you’ll be asked to disconnect from the first voice channel you joined before you can connect with the second one.

Two Discord Voice Channels at Once — The Full Story

Talking to someone on Discord is easy. Simply locate the voice channel on the Discord server and click it.

Can you simply place the first voice channel on hold while you access another voice channel just like how you put calls on hold on mobile phones?

Well, you might be disappointed to know that it currently isn’t possible to be in 2 Discord voice channels at one time.

Even if you try, you will be asked to disconnect from the first voice channel first before you can join another. 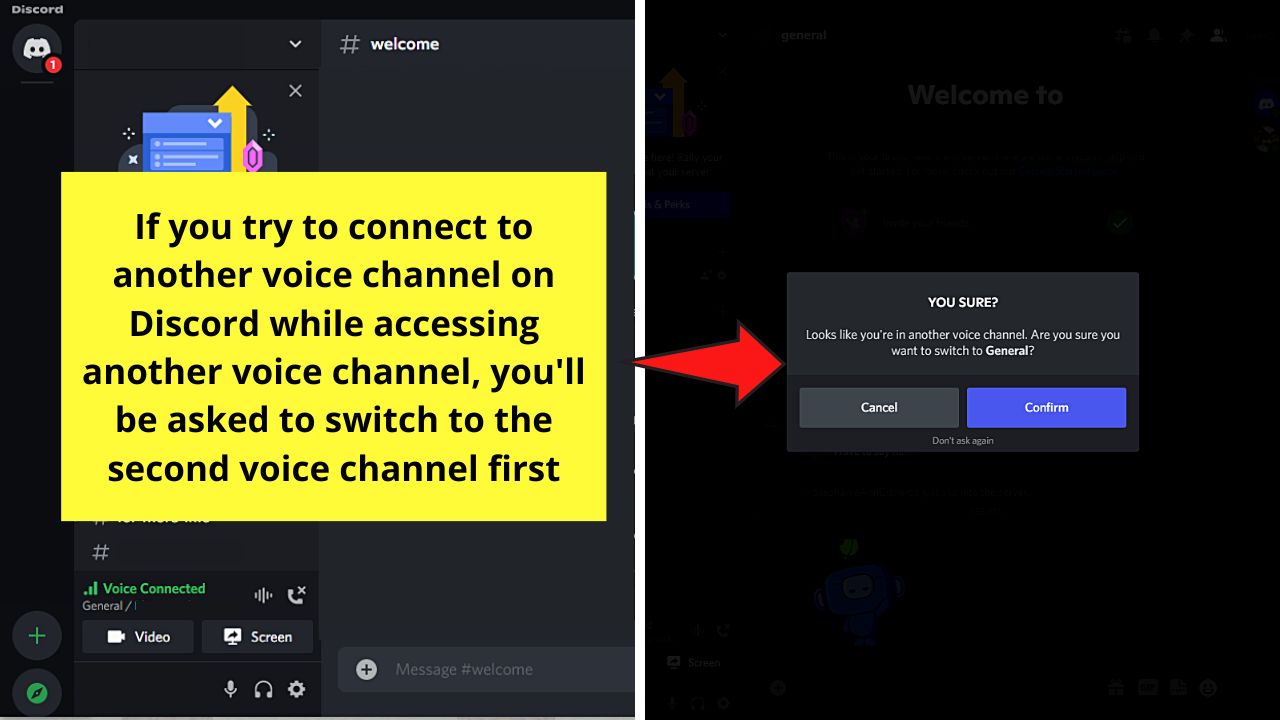 You may even encounter suggestions like accessing a voice channel through the Discord app on your computer and connecting with another voice channel using Discord mobile.

A few years back, this may be feasible. But, with the recent updates, you won’t be able to simultaneously access two voice channels at once in this manner.

The moment you attempt joining another voice channel, a message prompt appears, asking you whether you want to proceed with switching channels.

Even if you try to connect to another voice channel from Discord mobile, the result is still the same. 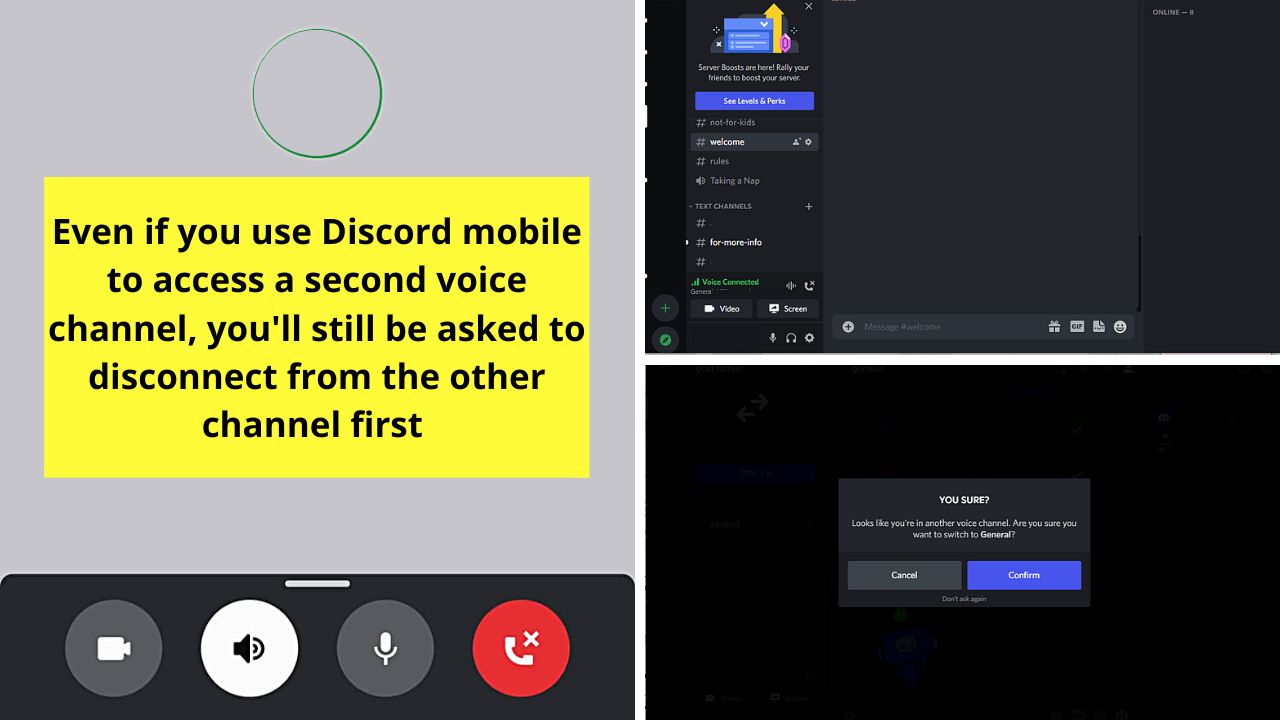 So, the best possible option that you can do is to log in to 2 different Discord accounts by downloading Discord PTB or Canary.

For those who are new to Discord, you’d probably think that the Discord app you downloaded is the only version that is currently available.

But, experts with using the app already know there are 2 other branches of Discord releases available as well.

Most of Discord’s users use and are familiar with the “Stable Release” version of the app.

The second release version of the Discord app is the “PTB,” or “Public Test Build.”

The last release version is Discord “Canary,” which is the alpha build version of the three. But, unlike the first 2 versions, “Canary” is more unstable.

But, not to worry, as the “Canary” release version of the Discord app is very much functional — for now.

So, if you’re interested in availing of the other release versions of Discord, head to the download site of the app. 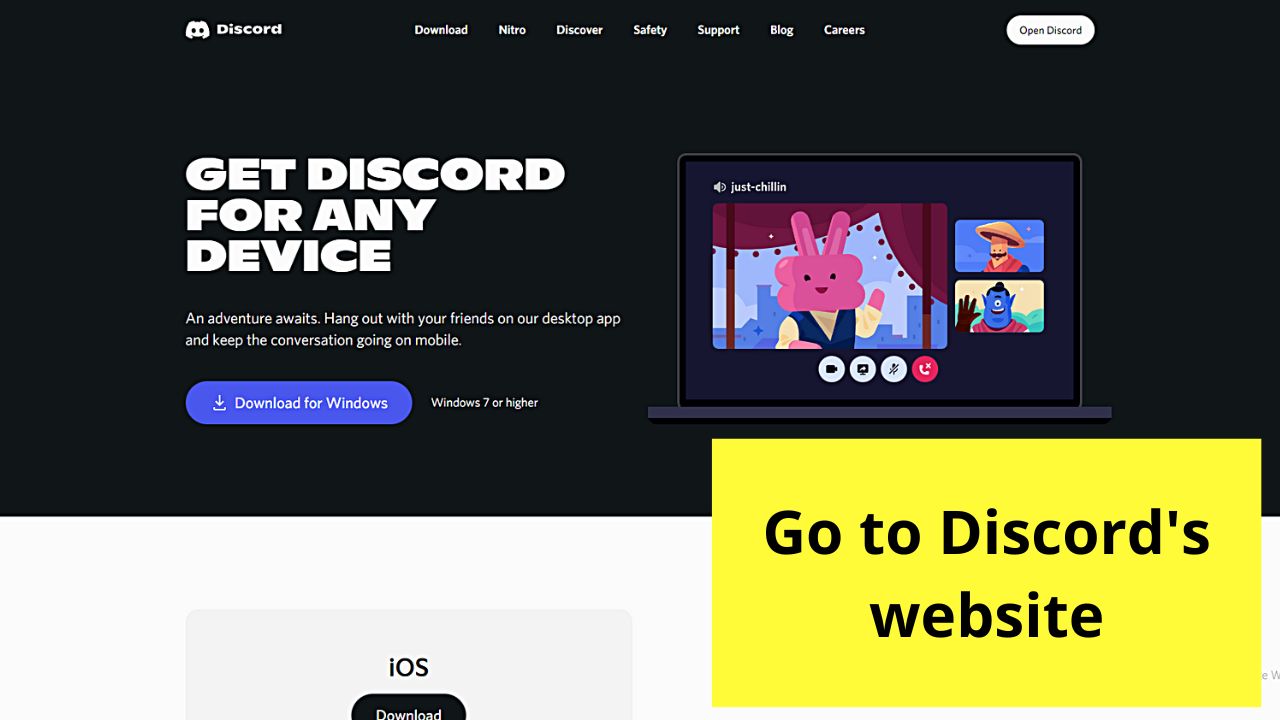 Scroll down until you reach the “Feeling experimental?” section appears.

From there, click the “Download Public Test Build” button and choose what version of the PTB release you’ll download (Windows, Linux deb, Linux tar.gz, and Mac). 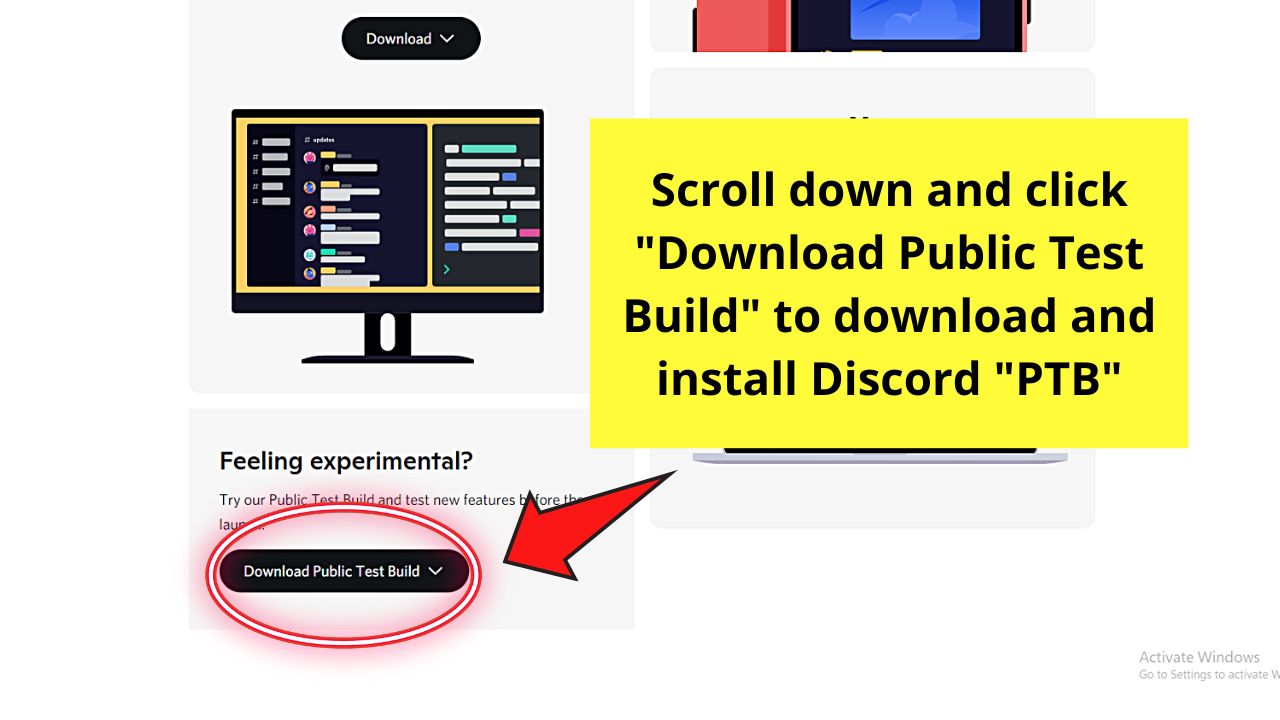 Select the “Windows” version and wait until the file’s downloaded. 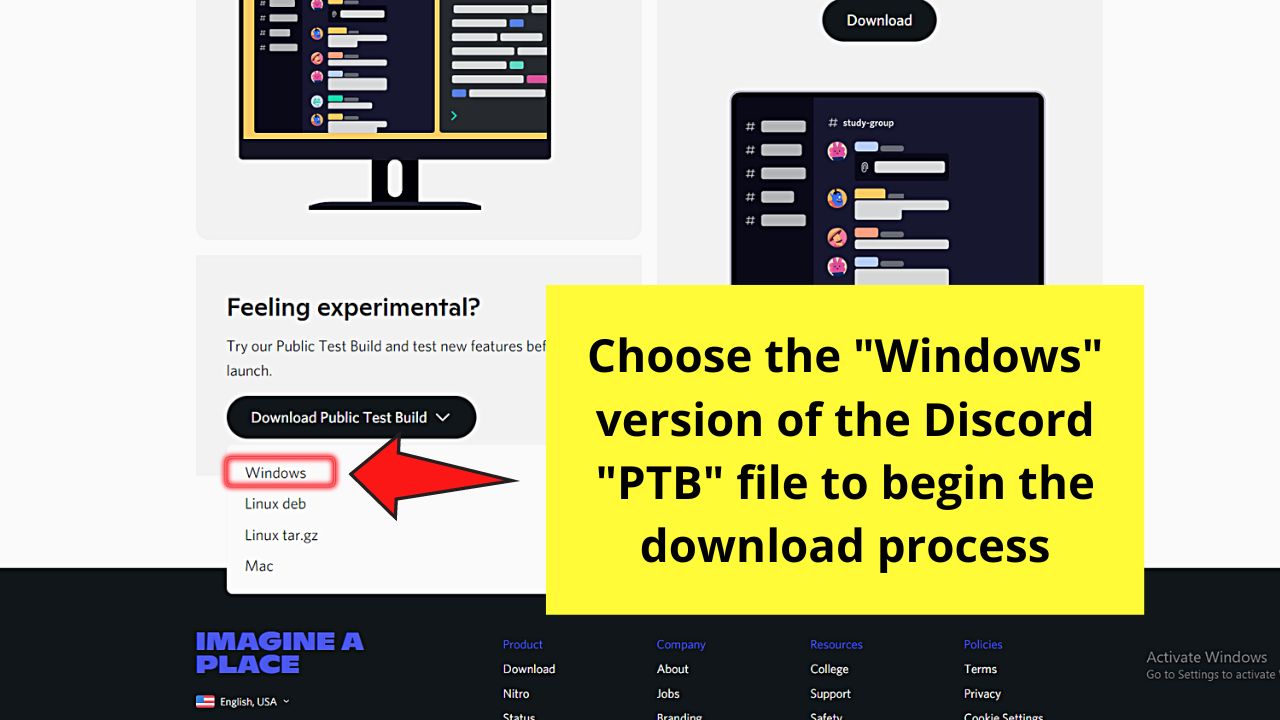 Now, for downloading the “Canary” release version of Discord, open another tab on your browser and type in the address bar “Discord Canary download.” 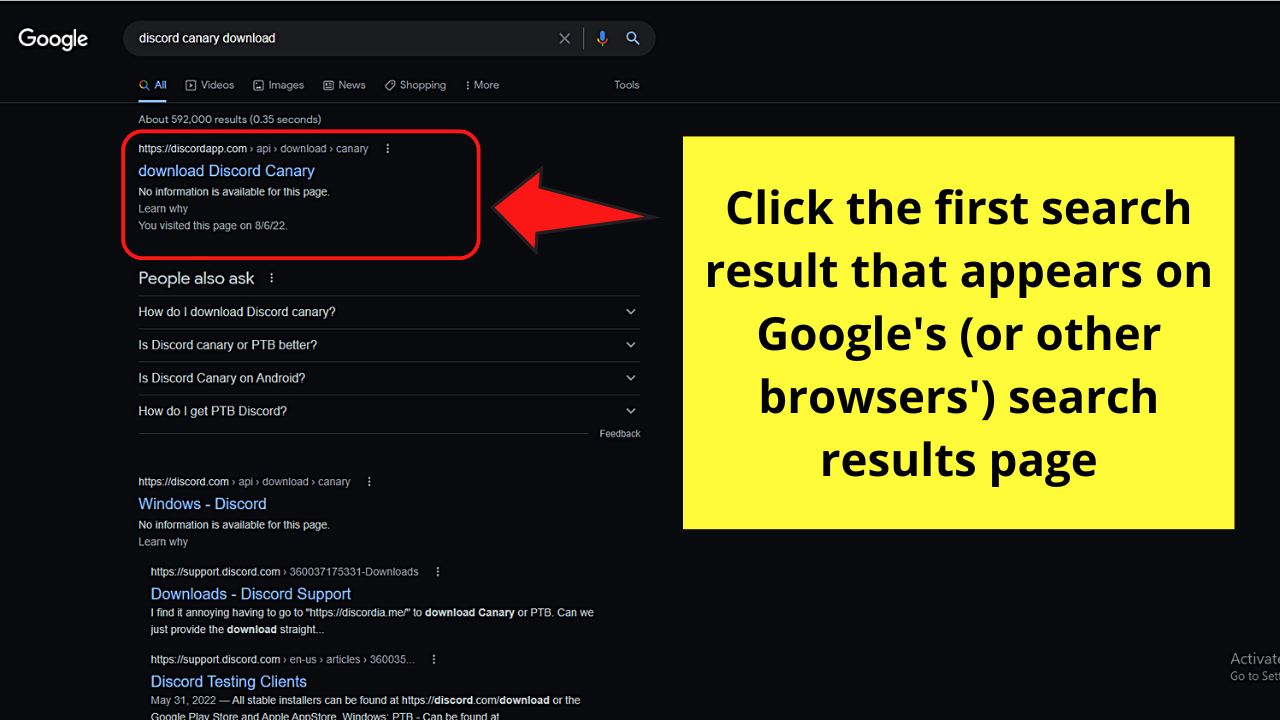 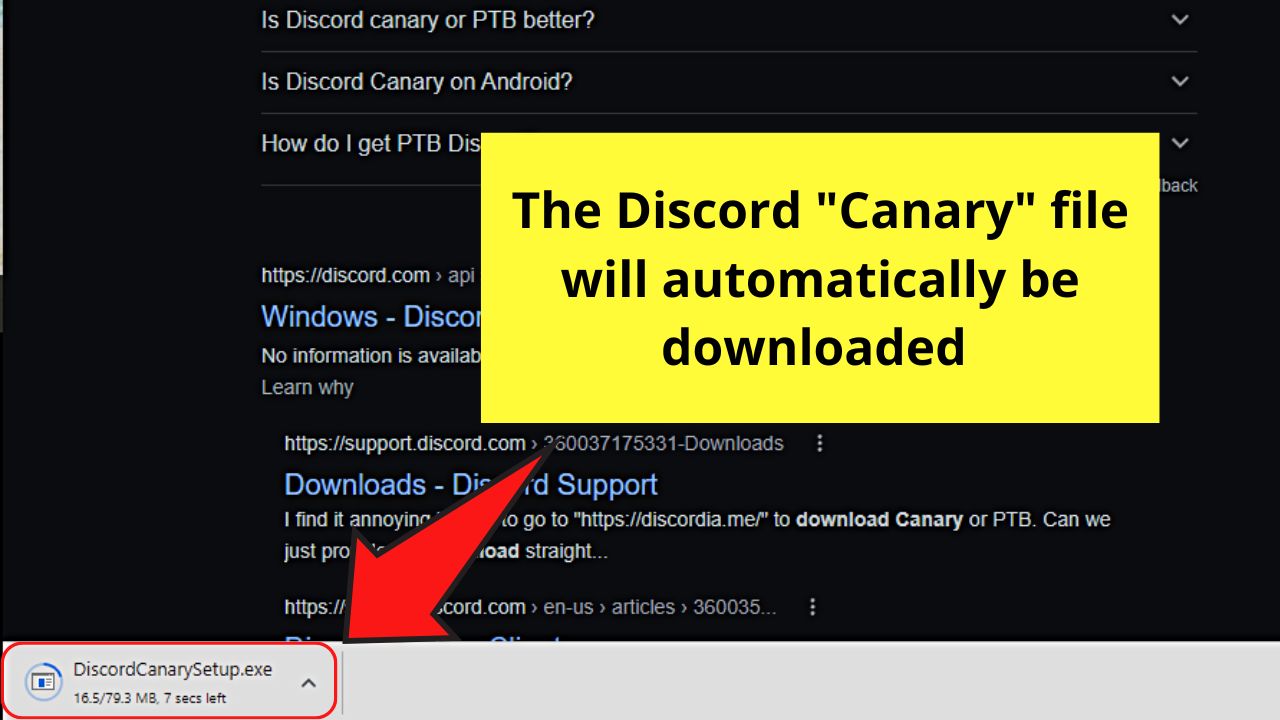 After downloading the 2 other release versions of Discord, click on the downloaded files for them to be set up or installed on your computer.

And, after the installation process, the new Discord instances will appear on your taskbar.

After which, just type your log-in credentials on each of the Discord instances for you to access the voice channels of the server you’re on.

How do you do voice chatting on a Discord voice channel?

To voice chat on Discord, click the server icon on the left side panel. Scroll down until the “Voice Channel” section comes into view. Select the voice channel you wish to access and wait until the “Voice Connected” notification appears.

The people in the voice channel I joined into cannot hear my voice. Can I adjust my account’s voice settings?

You definitely can adjust your voice settings on Discord. You only need to select the “User Settings” icon (which takes the shape of a gear) and click “Voice & Video” to adjust the voice settings in it accordingly.

Can I adjust the volume of the other person in the voice channel if I can’t hear their voices?