When you open a gif on an Android phone that subsequently fails to load, it is not because your device is an antiquity. It is the Android Operating System that is to blame.

The Android Project has come a long way, but it is not perfect, and there is little wonder why. It is far too big a project.

To date, Android has over 24,000 unique devices spread across 1,300 brands, all running different apps for similar functions.

A frequent consequence of that is that gifs don’t work on all Android phones.

Why don’t gifs work on my Android?

The Android OS does not natively support gifs. The favored file format is WEBM. Many Android devices run different versions of the OS causing compatibility issues. Regardless of what version of Android you are using, there are ways to get gifs to work by modifying your phone with additional apps.

To understand why gifs don’t work on all Android phones, you have to consider the reason why the Android Project has always frowned upon gifs.

The reason is to do with memory and image quality. Gifs are memory hoarders. On smartphones, (which are essentially microcomputers), memory is precious.

When you run out or your device becomes low on local storage, your device will slow down and begin to malfunction.

Consider this… The gif extension was created in 1987. WEBM was released in 2010. Gifs are an ancient file format. Still, people love them! 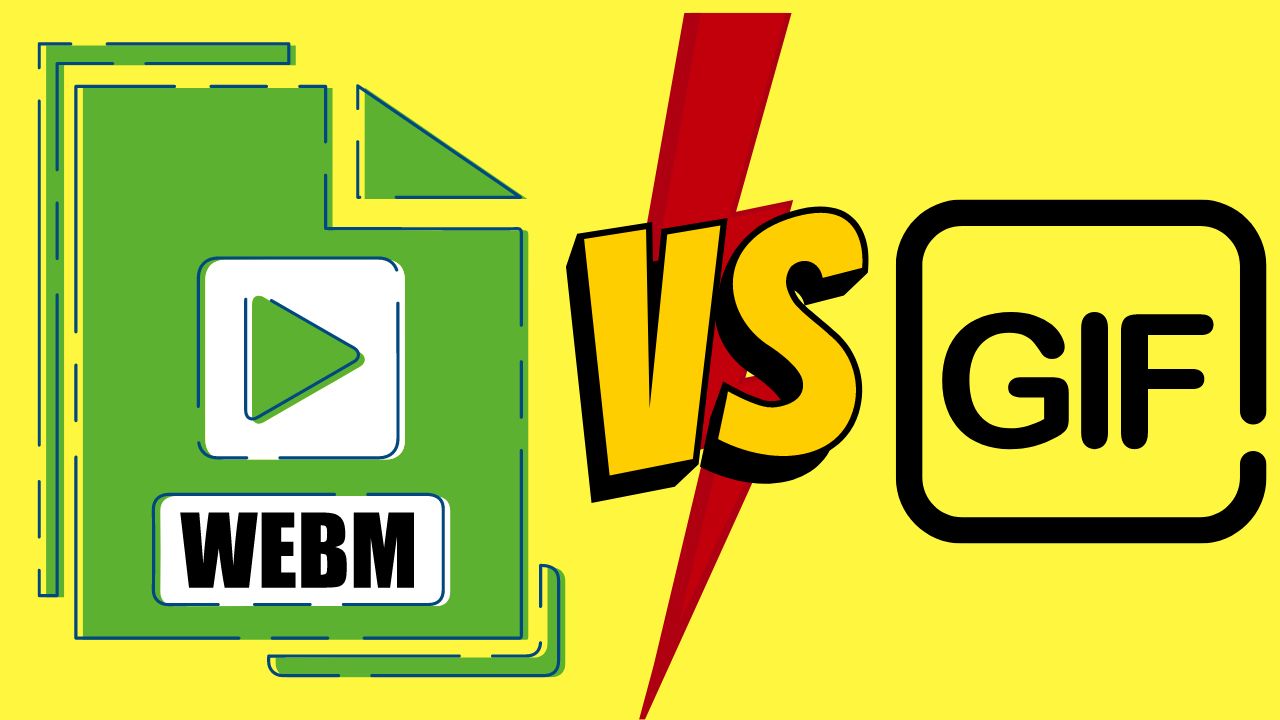 WEBM is yet another Open-Source project, just like Android. Both file formats have pros and cons.

The main difference is quality. Gifs are low-quality files that support 256 colors. In comparison, png-24 supports over 16 million colors.

Gifs are intended for fun images. WEBM is superior for professional quality graphics.

WEBM is an audio-video file format that is highly optimized for web viewing. All browsers, (with the exception of outdated Internet Explorer versions earlier than IE 9), support the WEBM file format.

All Android phones support the format without using a browser. Support is integrated into the core Android operating system. No adjustments are required.

The same is not true of gifs, which is why gifs don’t work on Android phones. The Operating System is designed to support the modern alternative, WEBM.

How do I enable gifs on Android?

Gifs on Android cannot be enabled. A third-party app is required to add gif support to the operating system. There is no setting on Android devices to enable gif images.

The only absolute requirement is to be using Android Version 7.1 or higher. Essentially, Android phones released in 2016 onward.

The 7.1 SDK is when the Android Project released support for rich media content.

This is used to create alternative keyboards that change your system’s input method. From text to graphics, stickers, or emojis.

These are known in Android as software keyboards and are used as alternatives to the core Android Keyboard, which does not support any rich media content.

Alternative Software Keyboards for Android that do support gifs

Gboard is synonymous with Google. It was previously called the Google Keyboard. The 7.1 Android OS update (Nougat) introduced more than a name change.

Gboard was released with support for gifs on both Android and iOS.

Regardless of whether your friends use iOS or Android devices, so long as both systems are using the latest versions, gif support is cross-platform compatible using the Gboard app.

For those who send and receive a lot of gifs via SMS as opposed to online messaging services such as social media platforms, the Gboard app will be the most stable software keyboard on Android to use. 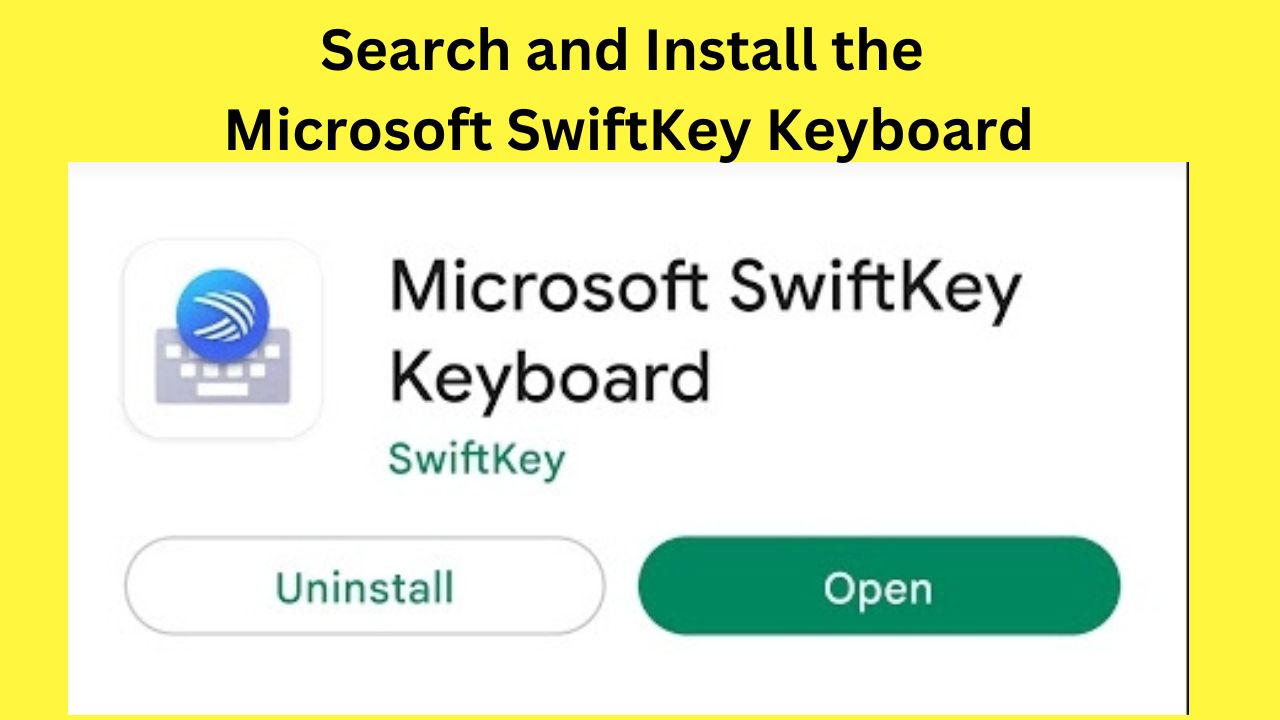 The Microsoft SwiftKey keyboard taps into the Tenor API to search, retrieve and send gifs. It is not without its flaws though. 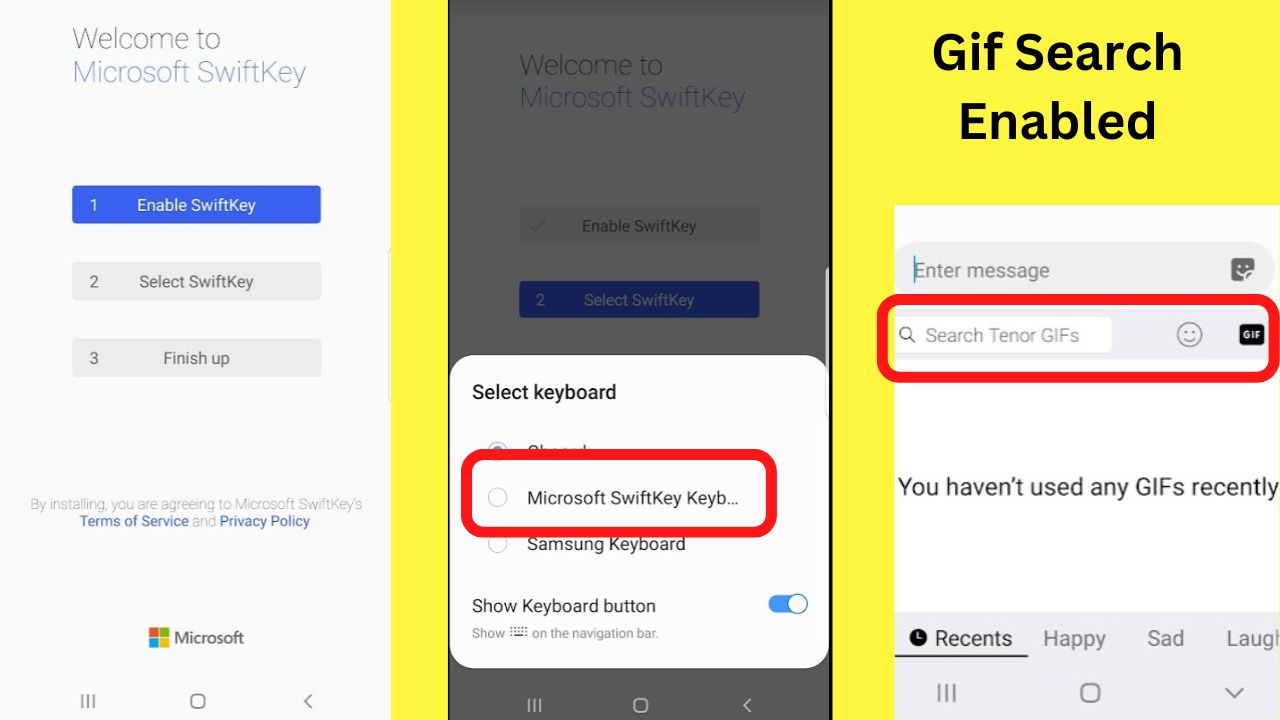 What you may find is that the recipient of a gif that you send receives a URL instead. The two reasons given for this are “exceeding the maximum file size” or “network limitations on file size downloads”.

As previously mentioned, gifs are large files. Downloading and sending these over network Wi-Fi can be a nuisance.

The recommendation from Microsoft is to switch from your phone’s stock messaging app to another alternative.

That being, instead of SMS, switch to an alternative such as Google’s Android Messaging App. Any instant messaging app will do the same, such as Skype, Facebook, Whatsapp, or any social media platform.

Essentially, it means switching to using an Internet messaging service instead of network messaging apps.

The Samsung Keyboard is an optional install when you first set up a Samsung smartphone using the Samsung Setup Wizard. This is an add-on of sorts to the core Setup Wizard on an Android phone.

If you miss this part, it can be installed through the Galaxy Store. Not the Google Play Store. The official Samsung Keyboard is released by Samsung Electronics Co, LTD.

Trouble is, it is a proprietary app only available for Samsung devices. No other brands of Android phones are compatible with the Samsung Keyboard.

If you have a Samsung phone, this is an app that will add gifs to your keyboard.

The device you send it to will need a compatible app capable of viewing gifs though. 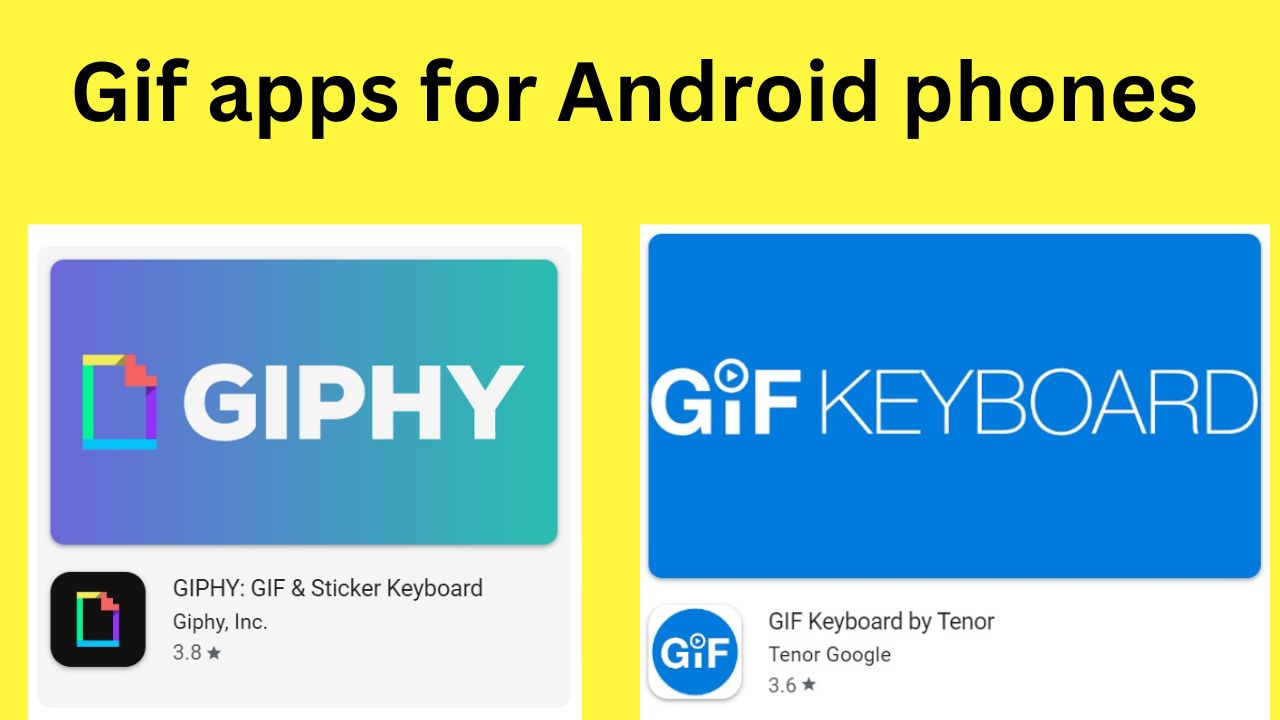 The two main gif players for Android are Giphy and the Gif Keyboard by Tenor, although it is not a keyboard at all. Both offer similar functions.

If you want to include them in a text message, you would need to select the option to “save gif” to your device, then insert it into your message.

Gif players are not as handy as gif keyboards because you cannot search from your keyboard within an app.

You have to leave the conversation, find a suitable gif, then send it, or save it and then attach it to a threaded conversation to avoid starting a new thread.