But I don’t have a flashlight with me. Can I use my phone instead to help light up the room?

Good thing Android devices are equipped with flashlights, or else, you’ll have to bring a flashlight along wherever you go.

However, if you’re a new Android user, don’t worry about how to activate the flashlight on your device.

Just keep reading until the end of this article to find out the best and quickest methods of turning on your flashlight on Android.

How to Turn On Your Flashlight on Android

Turning On Your Flashlight on Android Devices — Challenging or Not?

If you’re a new Android device user, you’ll think that turning on your flashlight on Android is a gargantuan task.

But, the Android OS is known to be user-friendly.

With that said, you’ll be glad (or must I say, ecstatic) to know that there are 3 ways how you can turn on the flashlight on Android devices.

Just select one out of the three methods you prefer to use regularly.

Now that we’re on the topic, let’s start with the first method.

Regardless of what Android device you’re using, you can turn on its flashlight with the “Quick Toggle” menu.

Step 1: On your Android device’s home screen, swipe your finger down starting from the screen’s top part.

You’ll then see the “Notification” area appear on the screen. 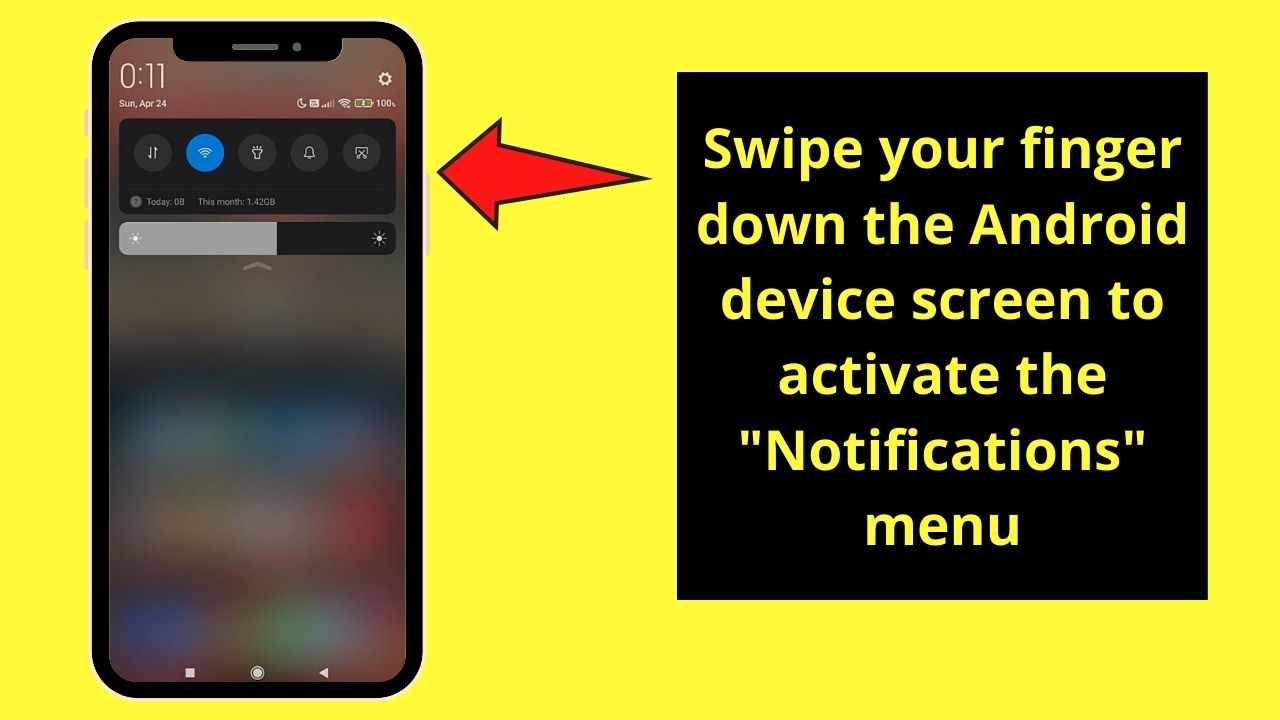 Step 2: Now, slide your finger down again, still starting from the top of the screen.

You will then find the “Quick Toggle” menu. 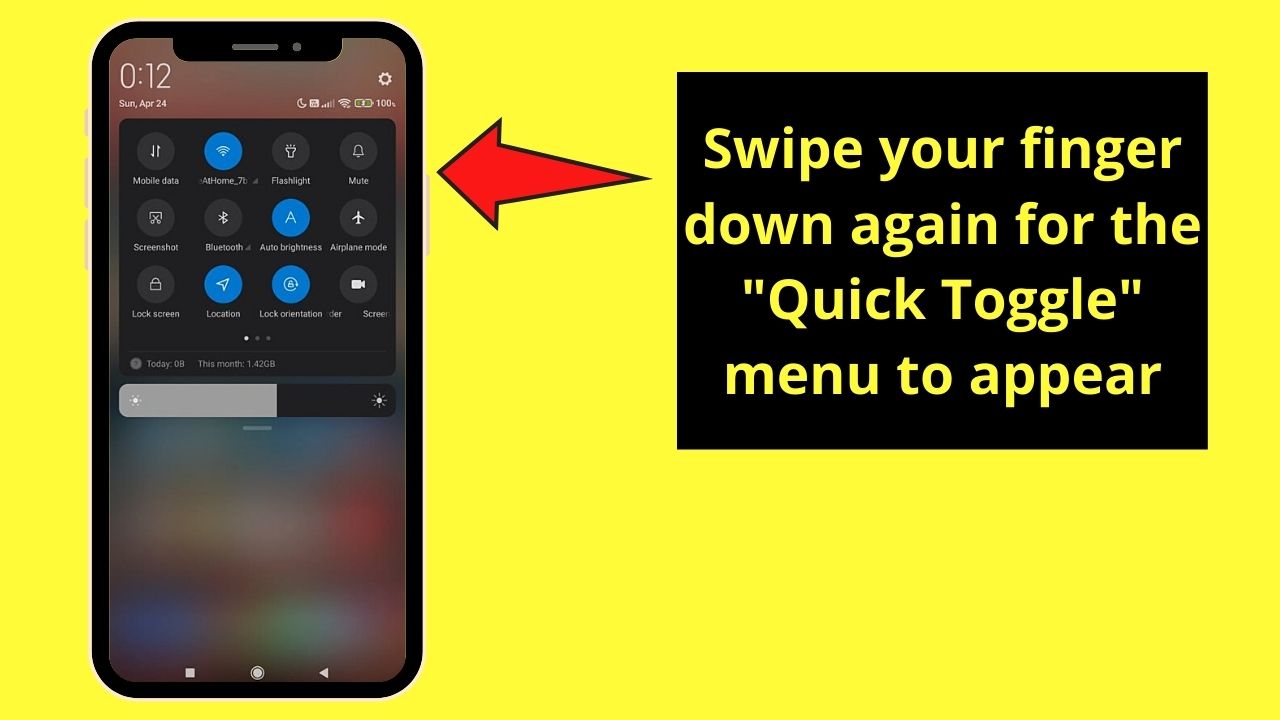 Step 3: On the “Quick Toggle” menu, tap the “Flashlight” button. 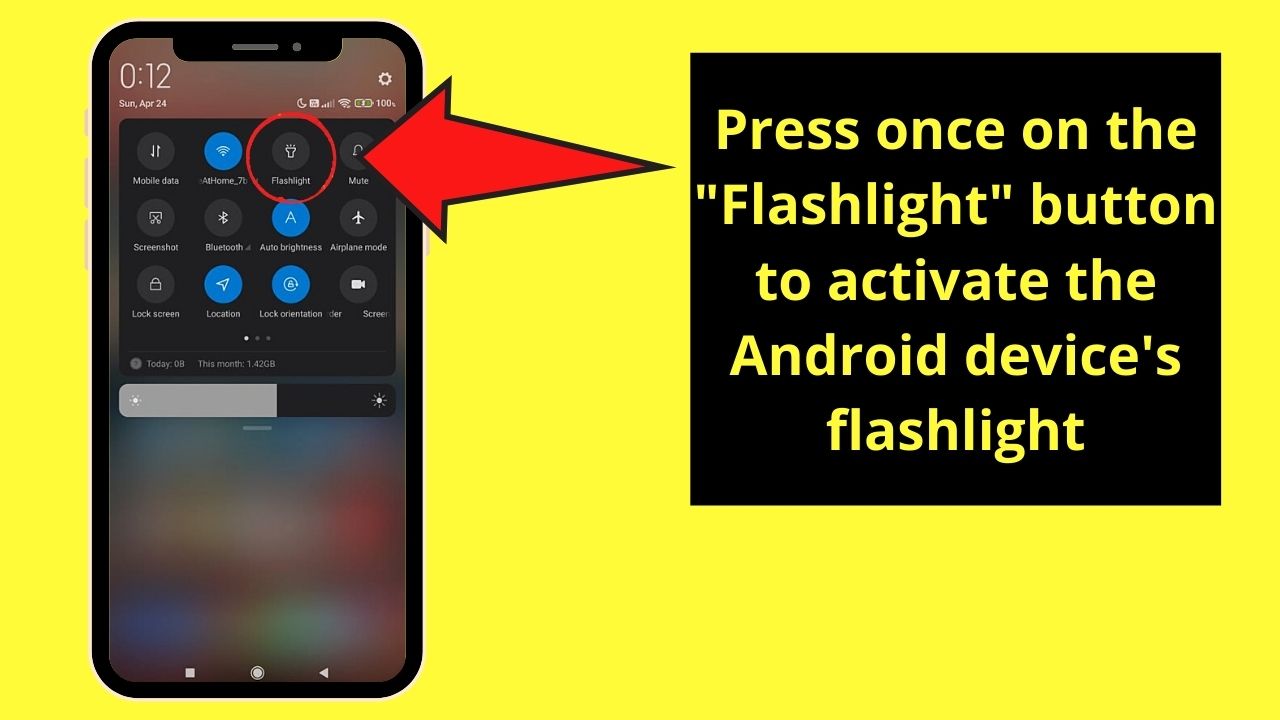 You’ll know if you’ve successfully activated the “Flashlight” mode if the button turns blue from grey.

But, while the first method is both the simplest and quickest method among the 3, do note that you’ll have to turn on the device to activate the flashlight.

Hence, if you’re not keen on waking up your phone each time you want to use its flashlight, then the second method is for you.

Method 2: Use “Button Gestures” to Turn On Flashlight on Android

As mentioned earlier, Android devices are notoriously known to have various methods of activating certain functions, which include turning on the flashlight, aka torch.

In line with that thought, you can activate flashlight mode without waking up your Android device with the help of button gestures.

But, you’ll have to activate the said feature first from the “Settings” menu.

Step 1: Tap the “Settings” app on your Android device. 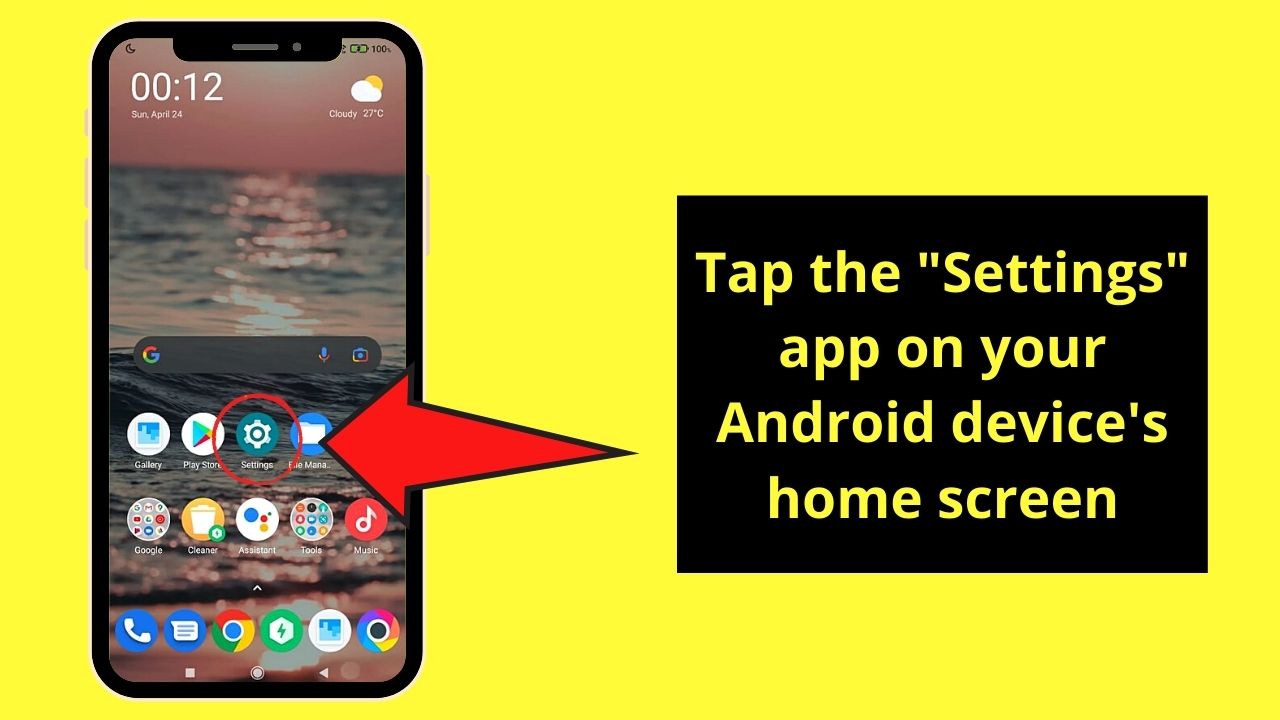 Step 2: Depending on the “Android device you’re using you might have to tap on “Additional Settings” first. 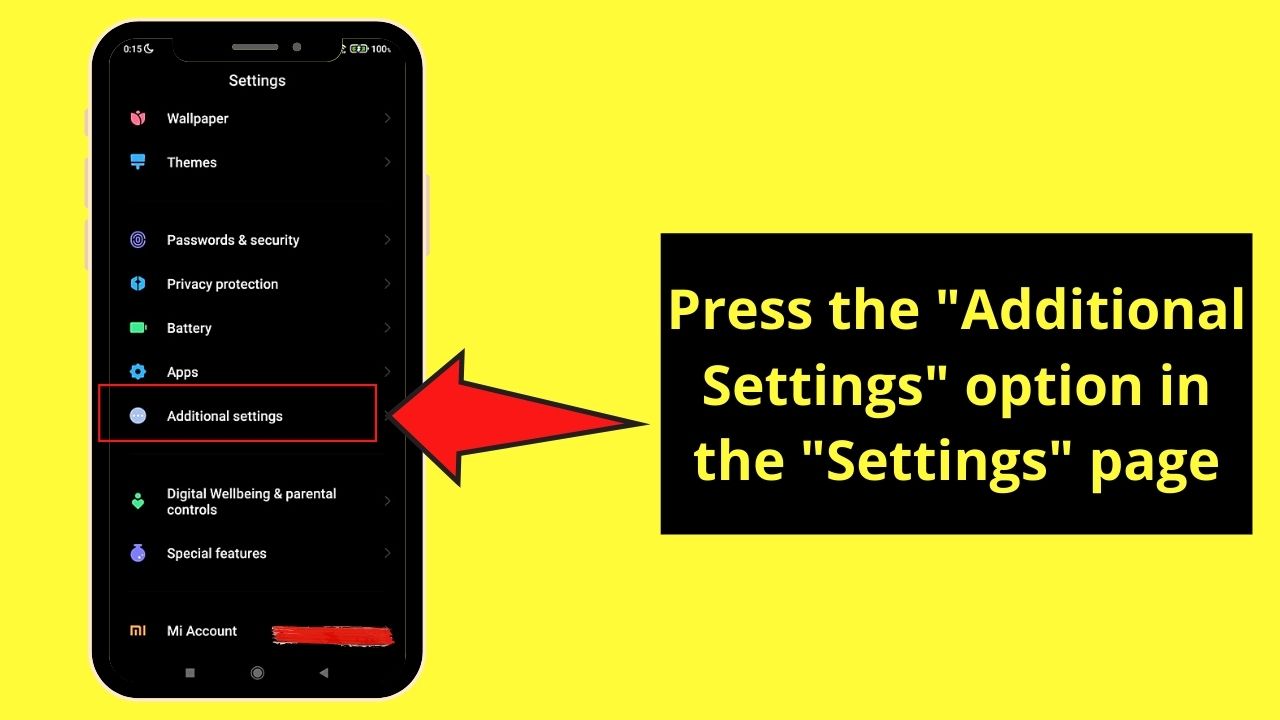 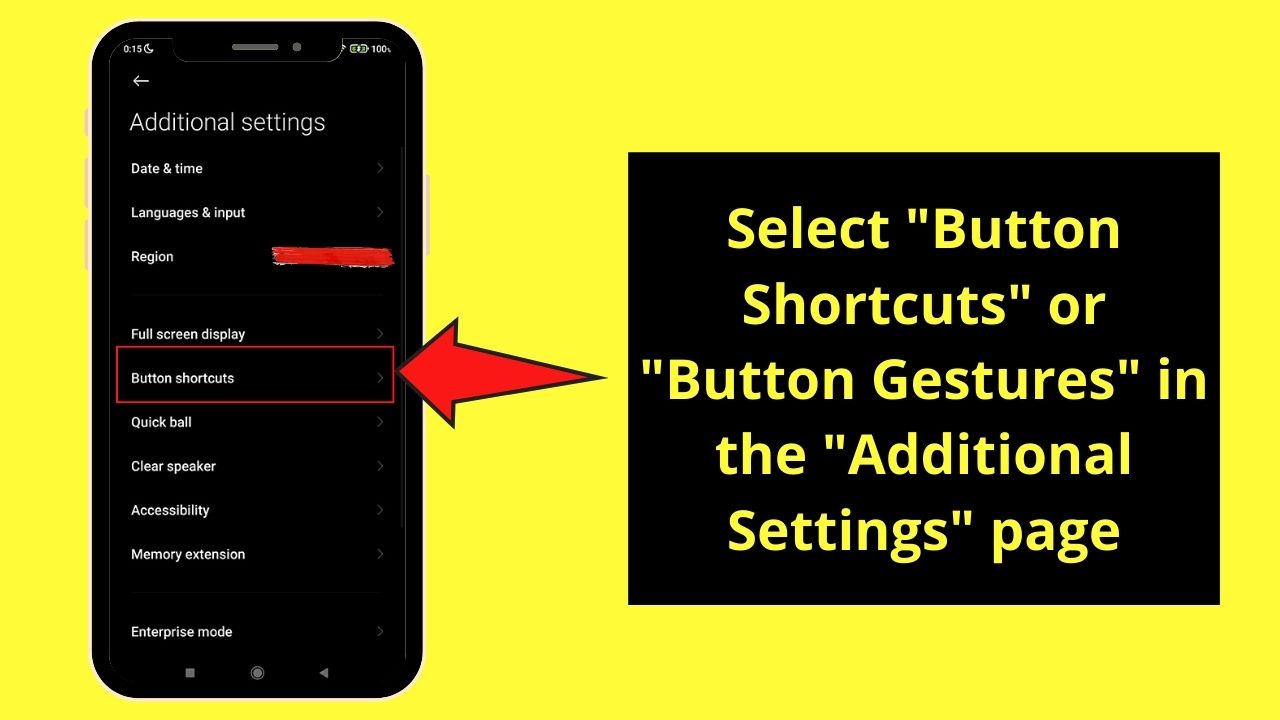 If your Android device uses a different interface or configuration, then tap “Buttons & Gestures” instead.

Step 4: On other Android devices, you’ll have to press “Quick Gestures” first to activate the next set of options.

But, if the phone you’re using doesn’t have the “Quick Gestures” button, just select what button shortcut you want to activate.

Since we want to turn on the flashlight, then press “Turn on torch.” 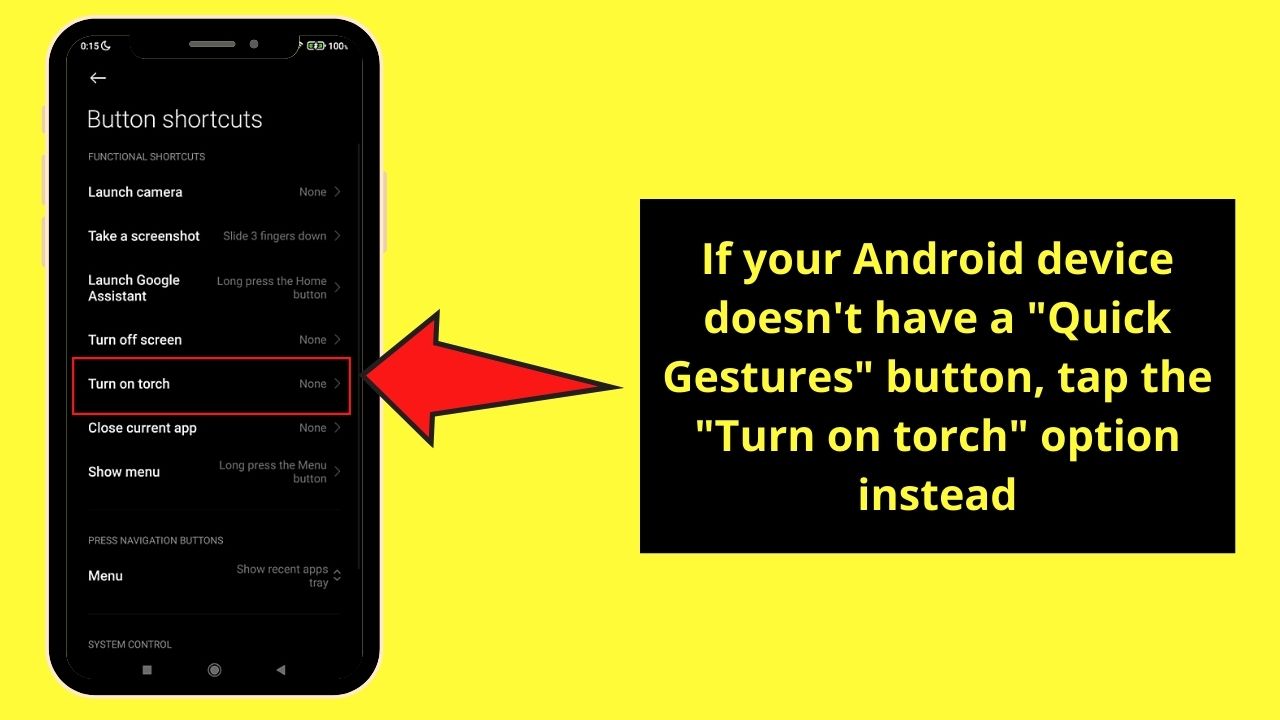 Step 5: In the “Turn on torch” section, select what combination of actions you want to activate the flashlight.

Tap on the option you want to use for the changes to be applied. 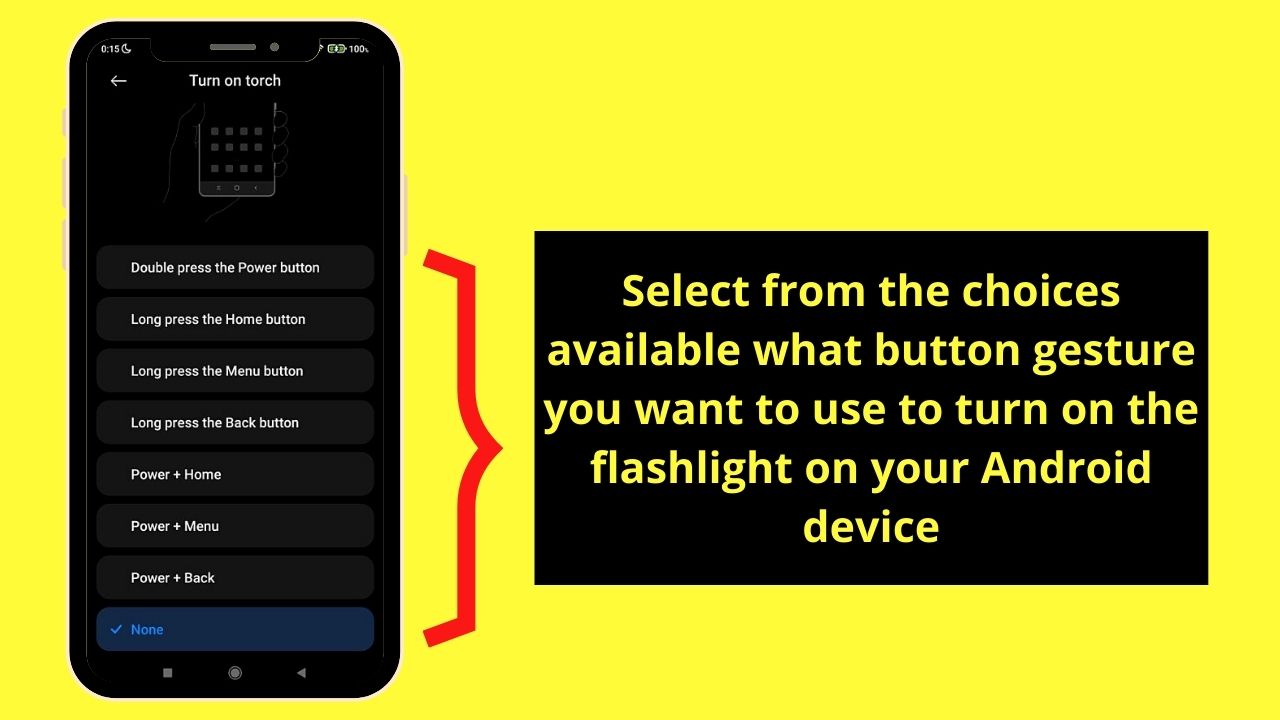 Just make sure to remember the action combination you selected so you can turn on the flashlight even with the screen off.

But, if you find the second method cumbersome for your liking, then perhaps speaking with “Google Assistant” will make the chore lighter.

Method 3: Telling “Google Assistant” to Turn On the Flashlight

If you’re tired of using your fingers to sift through the maze of menus just to turn on the flashlight, then use “Google Assistant” instead.

To do so, here are the steps you should remember:

Step 1: Activate “Google Assistant” on your Android device by tapping the microphone icon on the Google search bar. 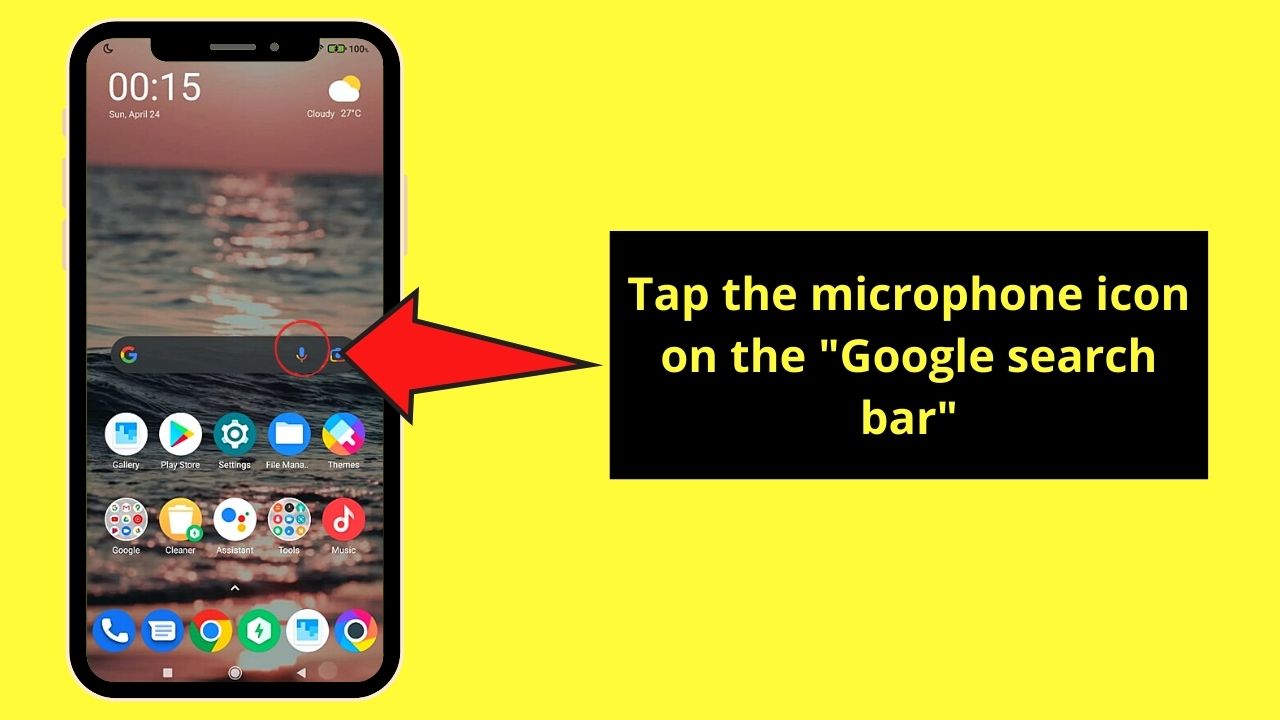 Step 2: You’ll then be redirected to a screen where “Google Assistant” will tell you she’s listening. 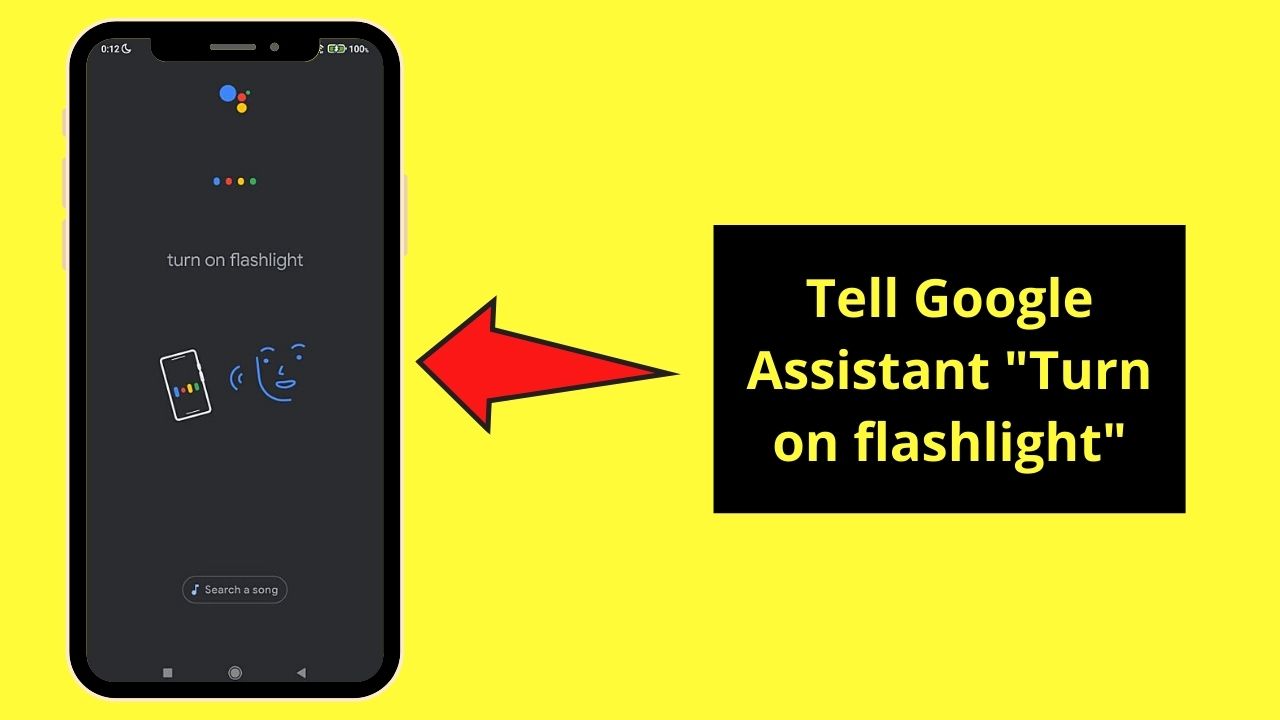 Take this as a cue to speak and say “Turn on flashlight.” Just ensure you speak clearly so the command will be more accurate.

Right then and there, “Google Assistant” will repeat the command while activating the flashlight mode. 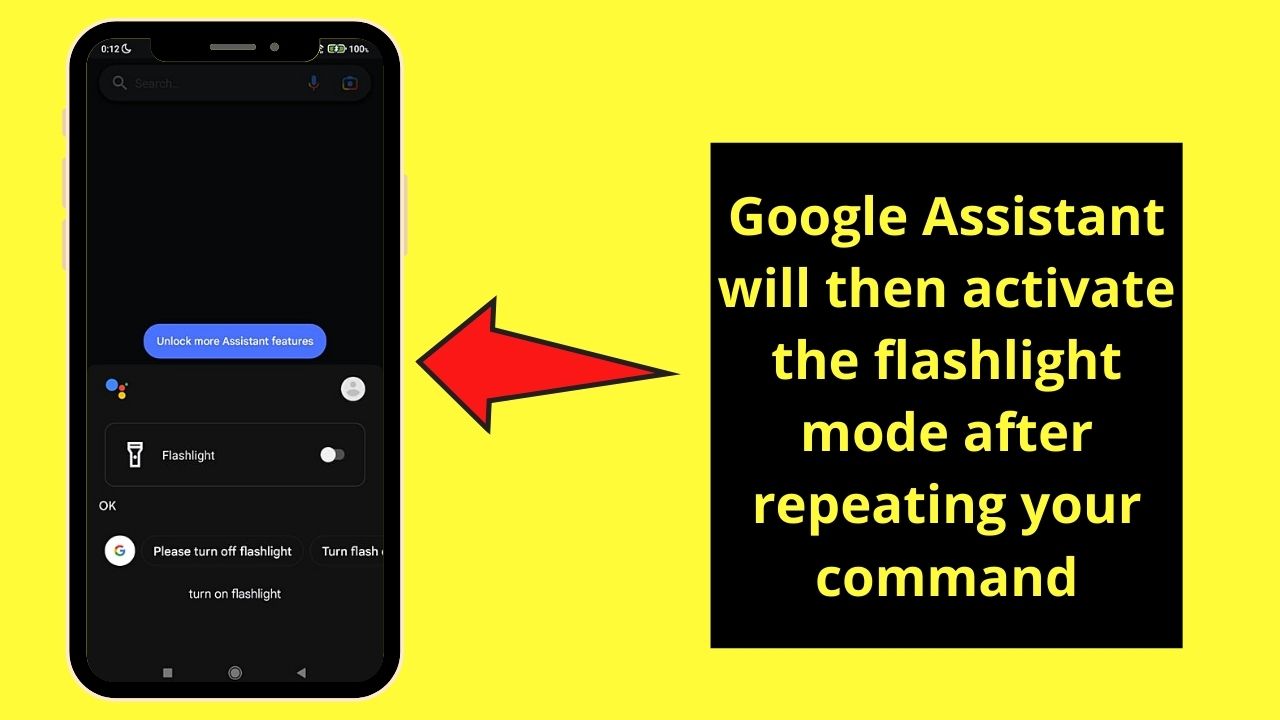 Quick and easy, right? So, which among the 3 methods mentioned above are you more leaning to use every single day?

Do “torch” and “flashlight” mean the same thing on Android devices?

Though both words have different spellings, “torch” and “flashlight” do mean the same on Android devices. But, “flashlight” is more commonly used in the USA, while “torch” is used in other English-speaking countries. Hence, you can use these 2 terms can interchangeably.

I’m shy to talk with “Google Assistant” to turn on the flashlight on my Android device. Can I just type out my command instead?

Though it’s simpler to speak directly with “Google Assistant” in activating the flashlight mode, you can type out the command instead. To do so, tap the microphone icon on the Google search bar and press the keyboard icon to type the command.

Among the 3 methods discussed above in turning on the flashlight on Android devices, which is the quickest?

Do I have to download a third-party app to turn on flashlight on Android devices?