By default, the keyboard on your Android device is set to capitalize the first letter of every sentence you’re inputting on your messaging app.

While this feature’s nifty, especially when typing formal messages, it can be cumbersome to those who rarely need to use this Auto Caps feature.

So, if you’re one of those people who would like to turn off the Auto Caps feature on Android — temporarily or permanently — here’s how you can achieve it.

How to Turn Off Auto Caps on Android

As explained earlier, there are 2 ways how you can turn off the auto caps feature on your Android device.

No matter what method you opt to use, the important thing is you’ll be able to disable the auto caps feature.

Now, if you’re a busy person who loves direct-to-the-point solutions, then the short method of turning off the auto caps feature is for you.

Step 1: On your Android device, tap the messaging device that you want to use. 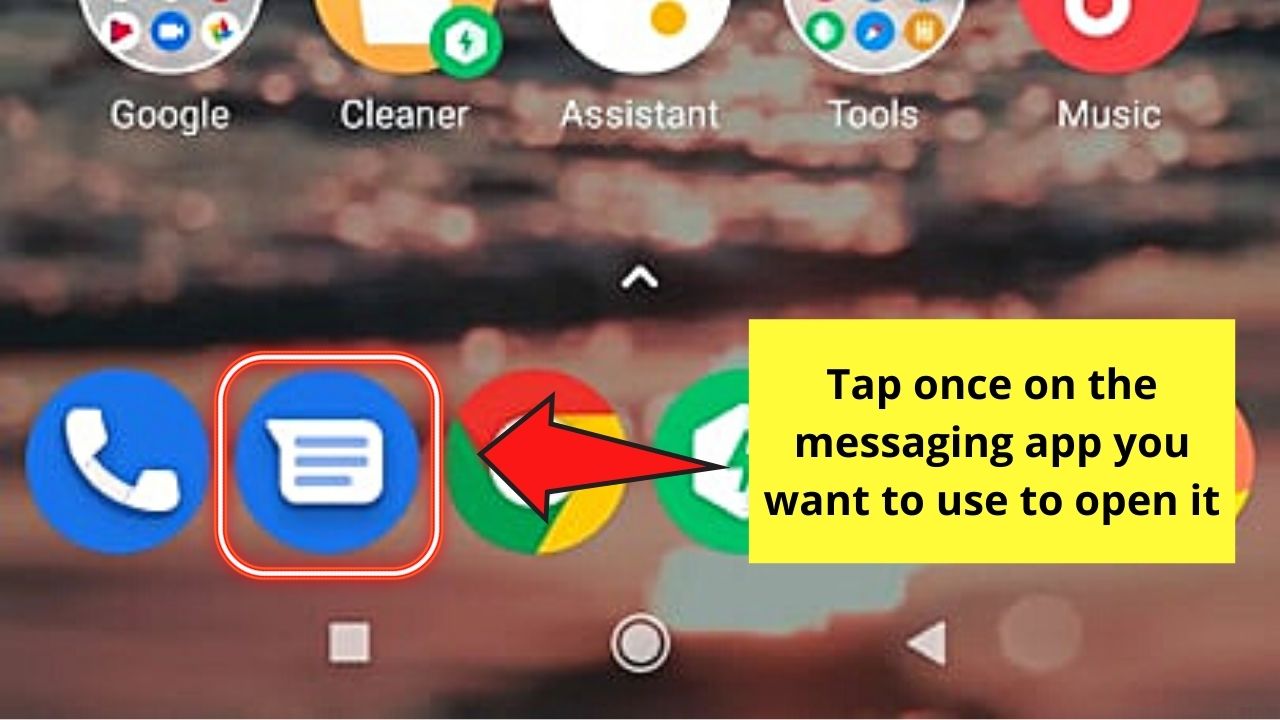 Step 2: Once you’re inside your messaging app of choice, tap the “Message field.” This move will make the on-screen keyboard appear. 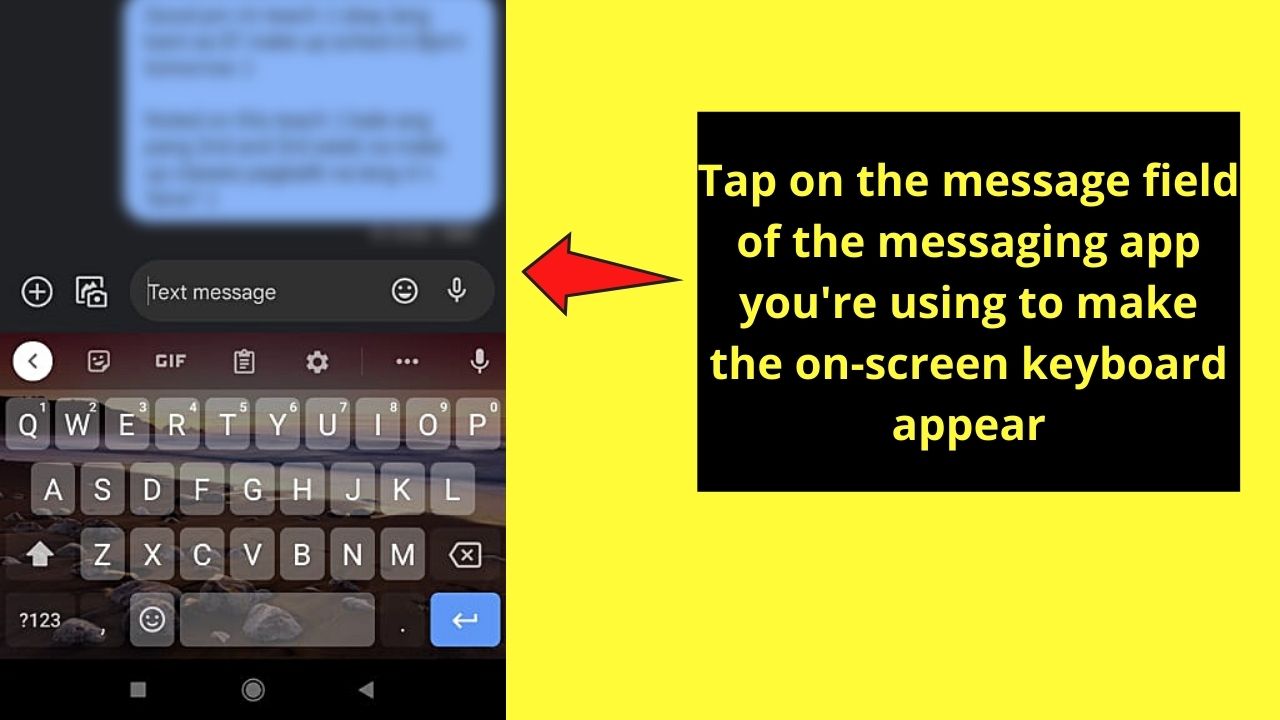 Step 3: On the on-screen keyboard you’re using (whether it’s the default Gboard or another keyboard app), tap the “Settings” button.

You’ll never miss this icon as it takes the shape of a gear. 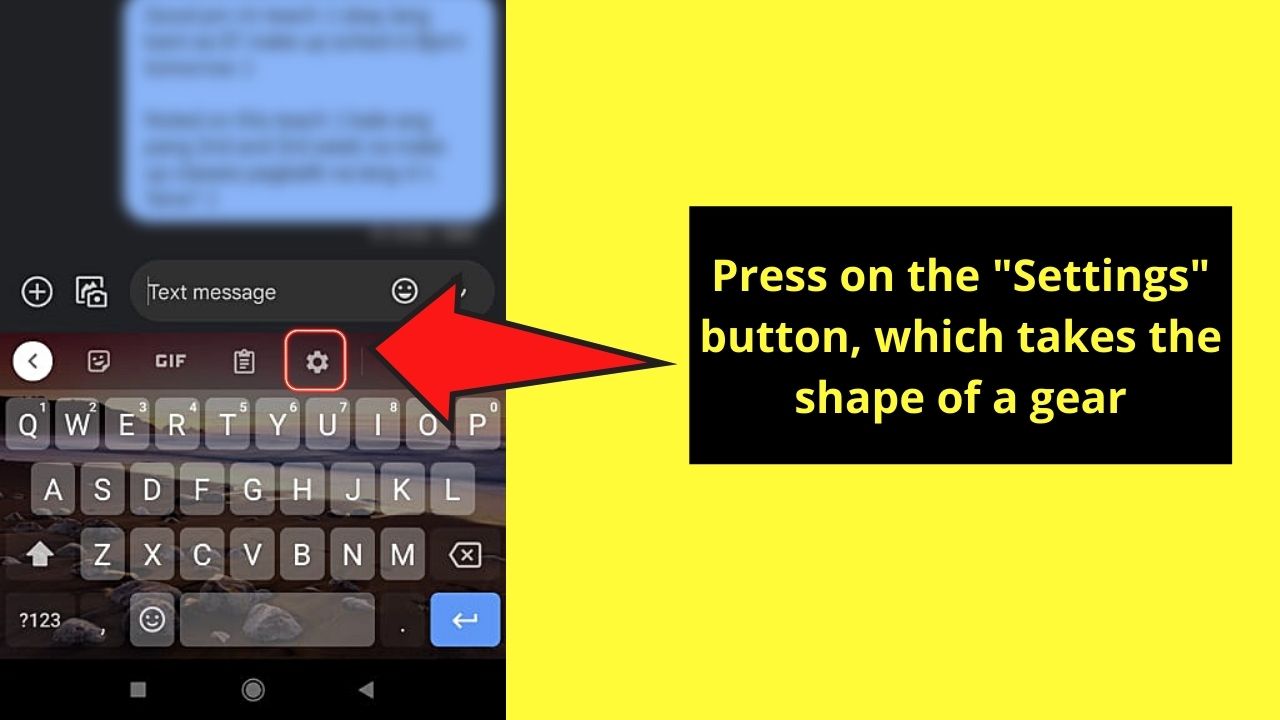 Step 4: Tapping the gear icon automatically redirects you to the “Settings” page.

You’ll then see the options under the “Settings” page. Swipe up until you find the “Text correction” option. Press it. 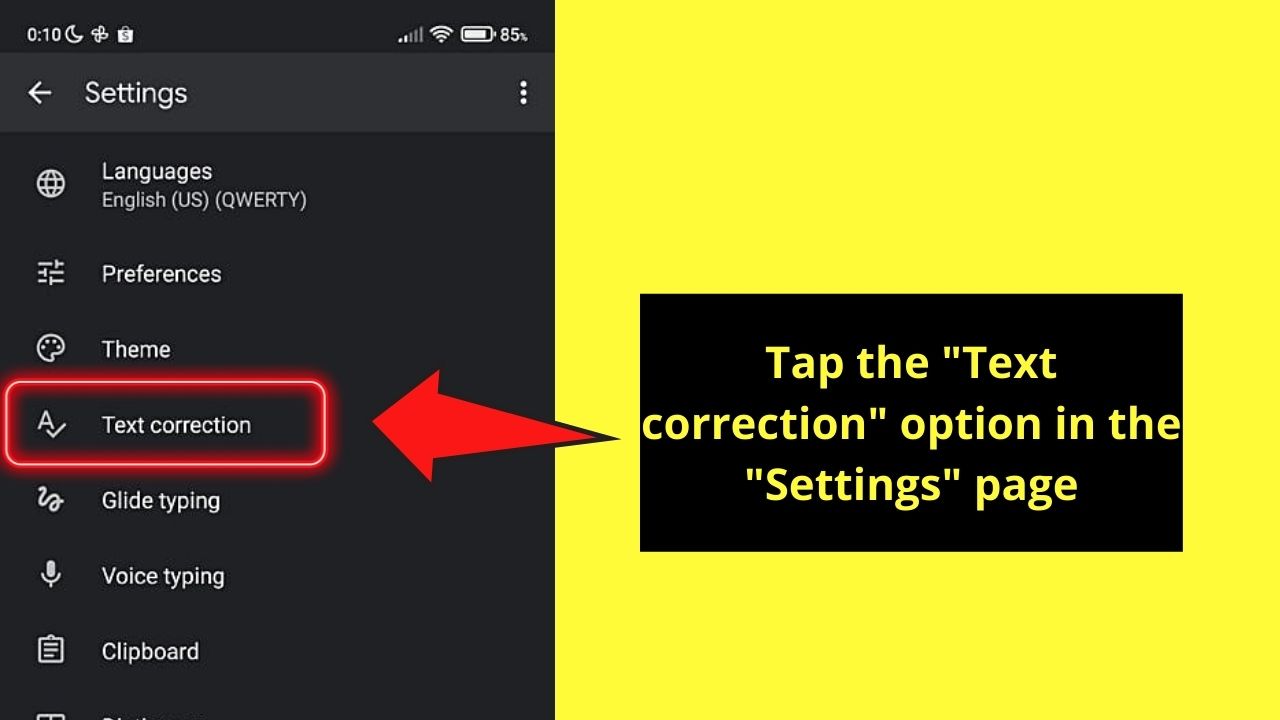 Step 5: Inside the “Text correction” page, swipe up until you see the “Corrections” section.

Continue to swipe up until the “Auto-capitalization” feature appears. 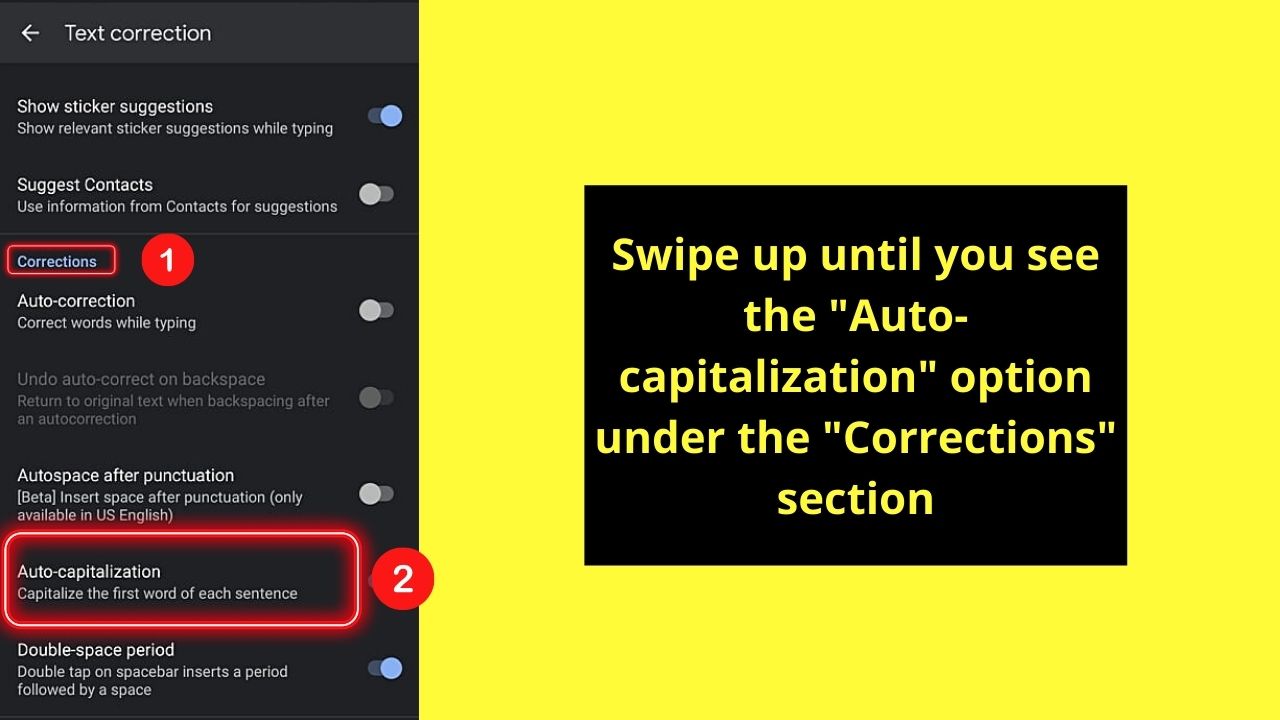 Step 6: Once you locate “Auto-capitalization,” tap the toggle once until it appears gray instead of blue (blue means “on,” gray means “off”).

And, after those 6 steps, you can simply tap the “<” button on the lower part of the screen to get back to the messaging app.

You can now begin typing your message without the phone auto-capitalizing every first word of the sentences you’re typing.

But, what if you don’t want to access a messaging app to turn the auto caps feature off? Is that even possible?

Step 1: On your Android device’s home screen, tap once on the “Settings” icon. You won’t miss this button as it takes the shape of a gear. 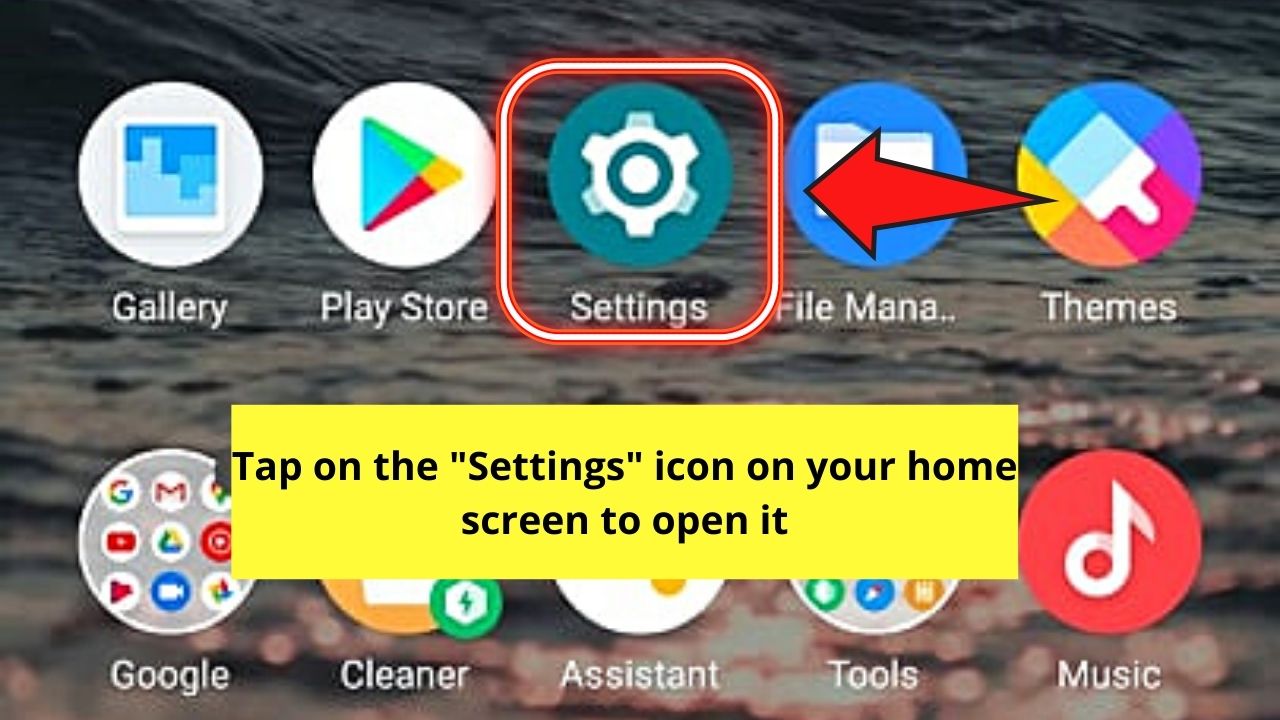 Step 2: Continue swiping up the “Settings” page until you see the “System” option.

If you can’t locate “System,”, tap the “Additional Settings” button instead. 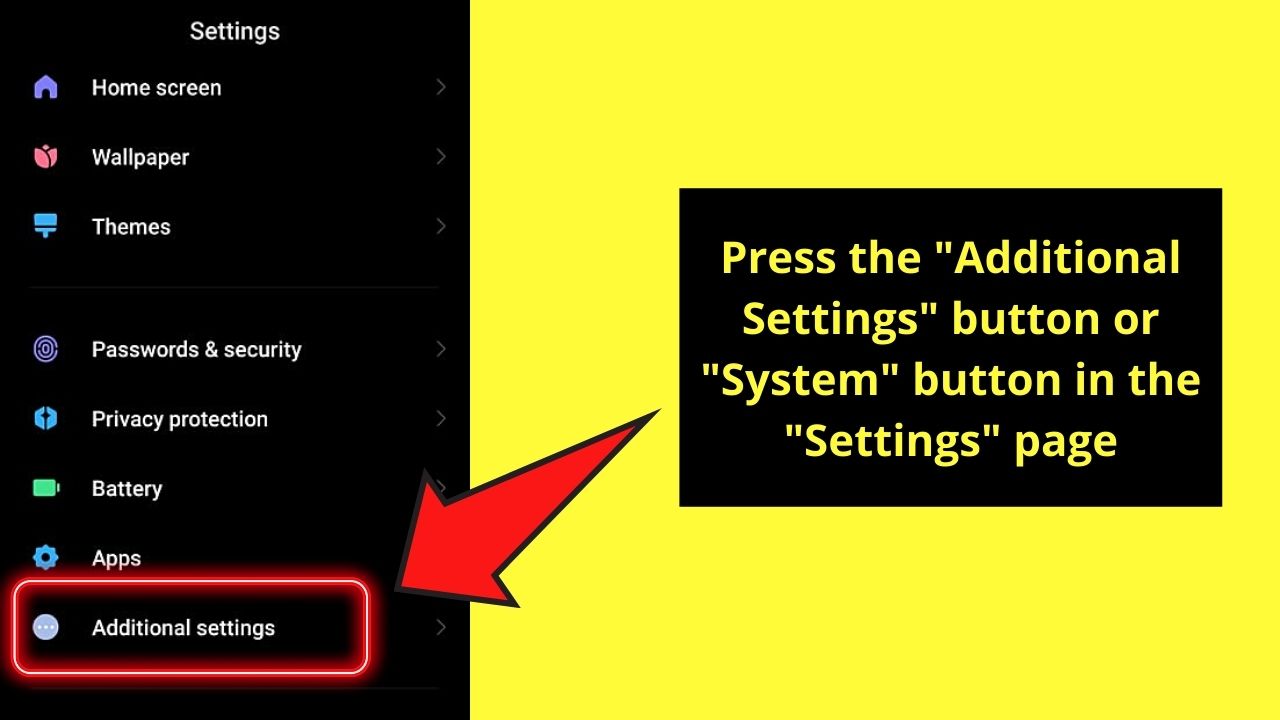 Step 3: Once you’re on the “System” page, swipe up until you locate the “Languages and input” option. Tap on it once to be redirected to the next page. 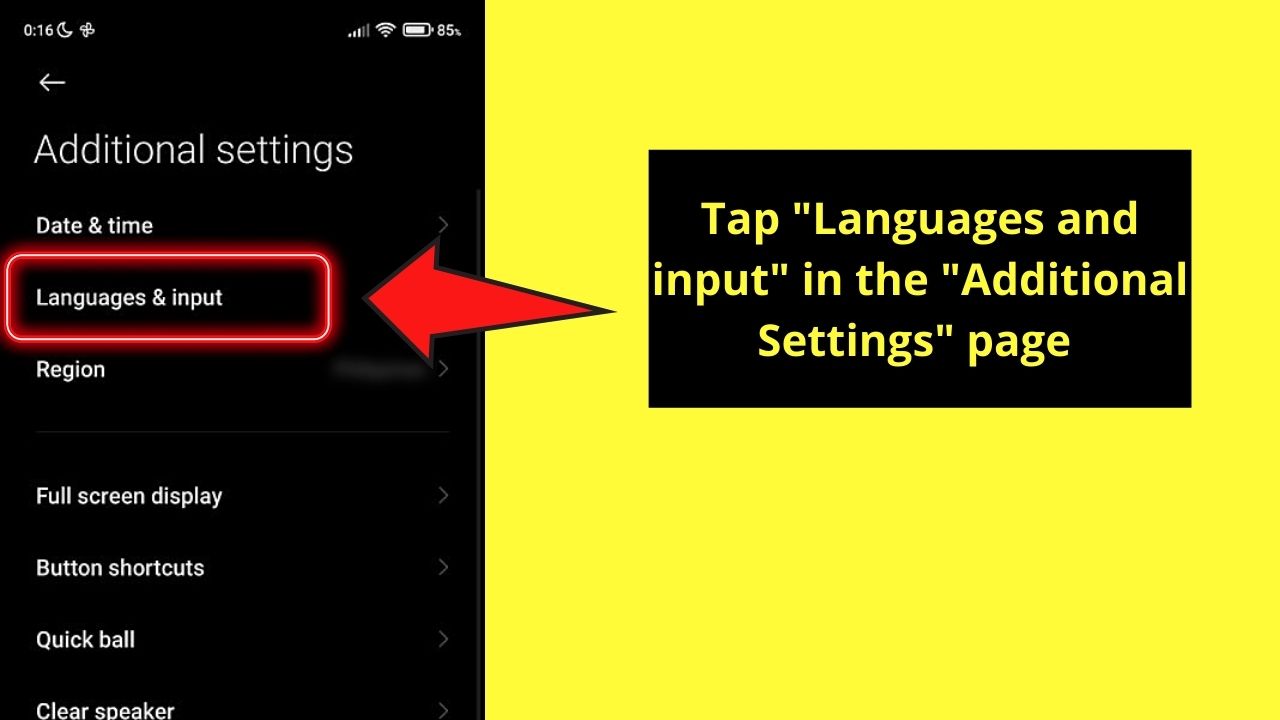 Step 4: In the “Languages and input” page, swipe up until you see the “On-screen keyboard” button.

Again, on other Android devices, you’ll immediately find “Manage Keyboards” instead of going through the “Languages and input” option. 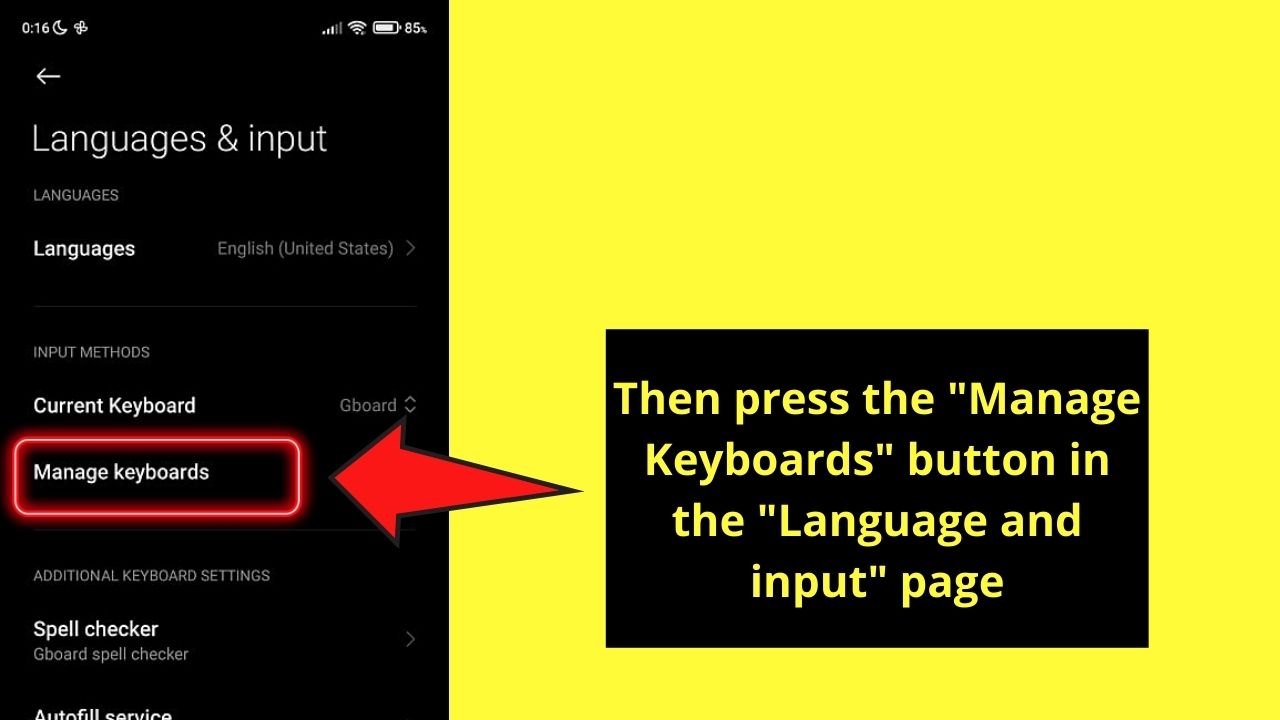 Regardless of the process, tap on the “Manage keyboards” option once.

Step 5: Once you’re on the “Manage Keyboards” page, press the “Gboard” option. 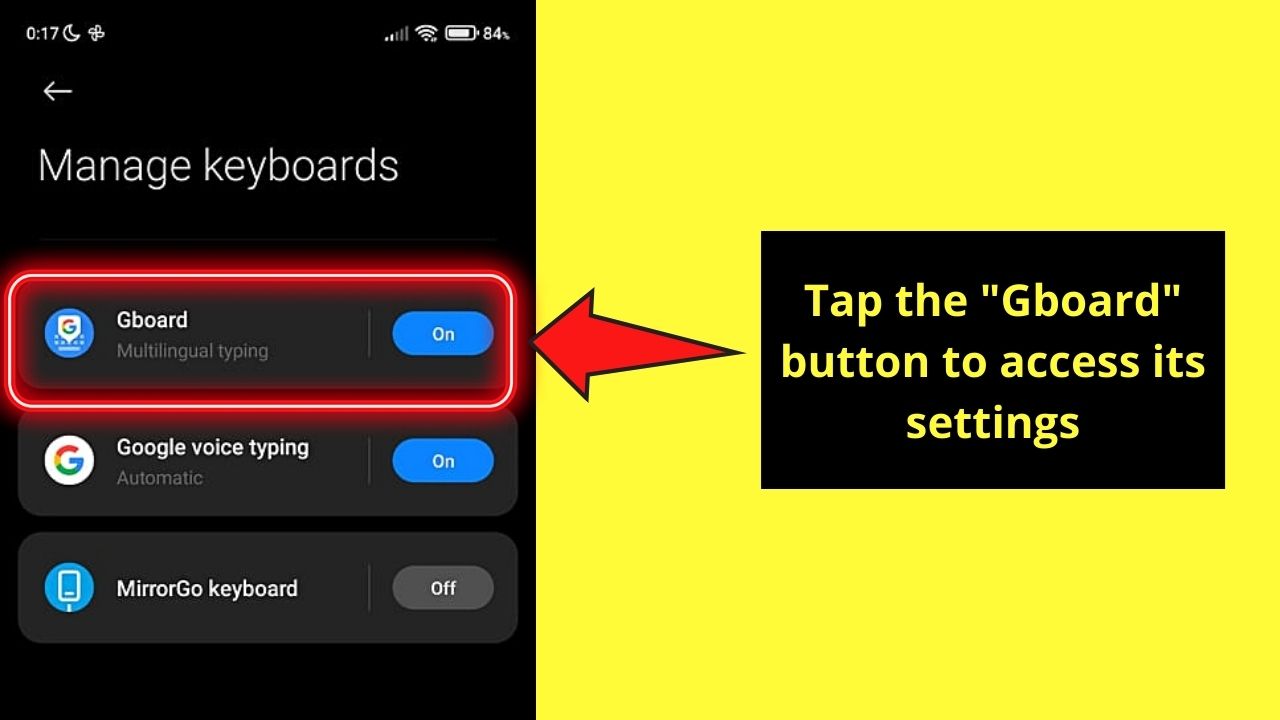 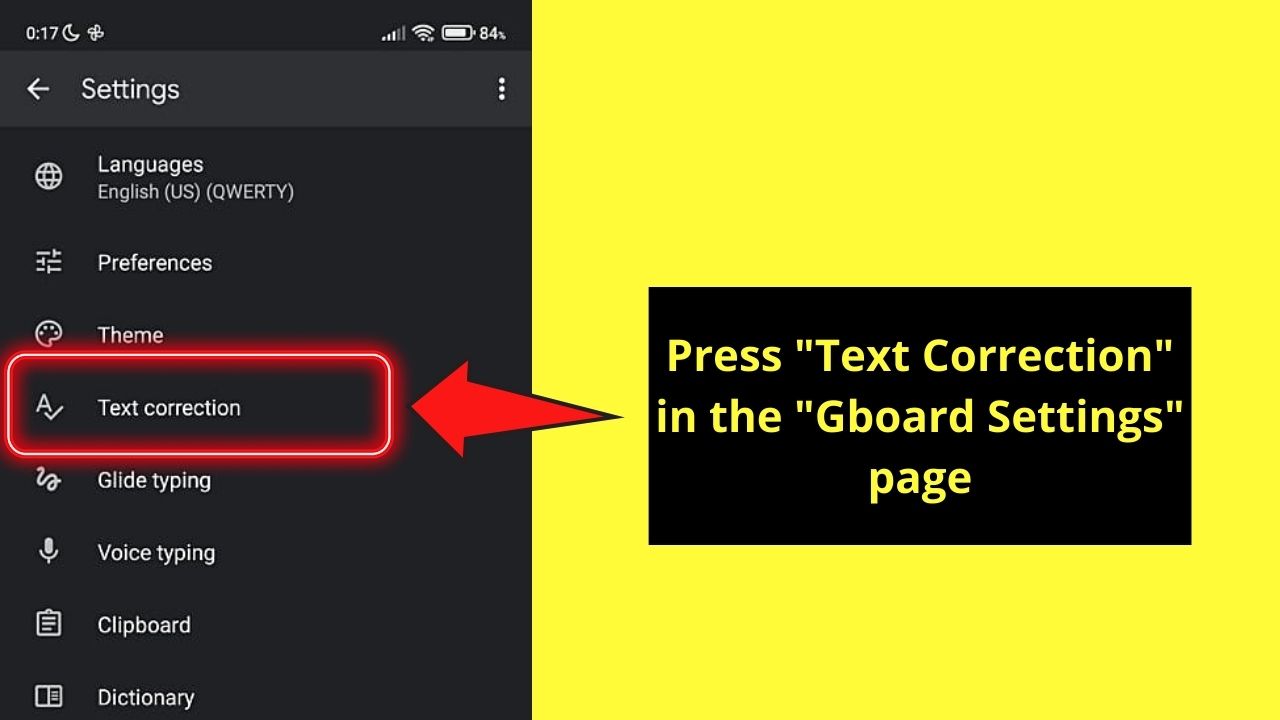 Step 7: On the “Text correction” page, swipe up until you reach the “Corrections” section.

Then, locate “Auto-capitalization” in the list of features before you tap the toggle to the right of it to turn it off. 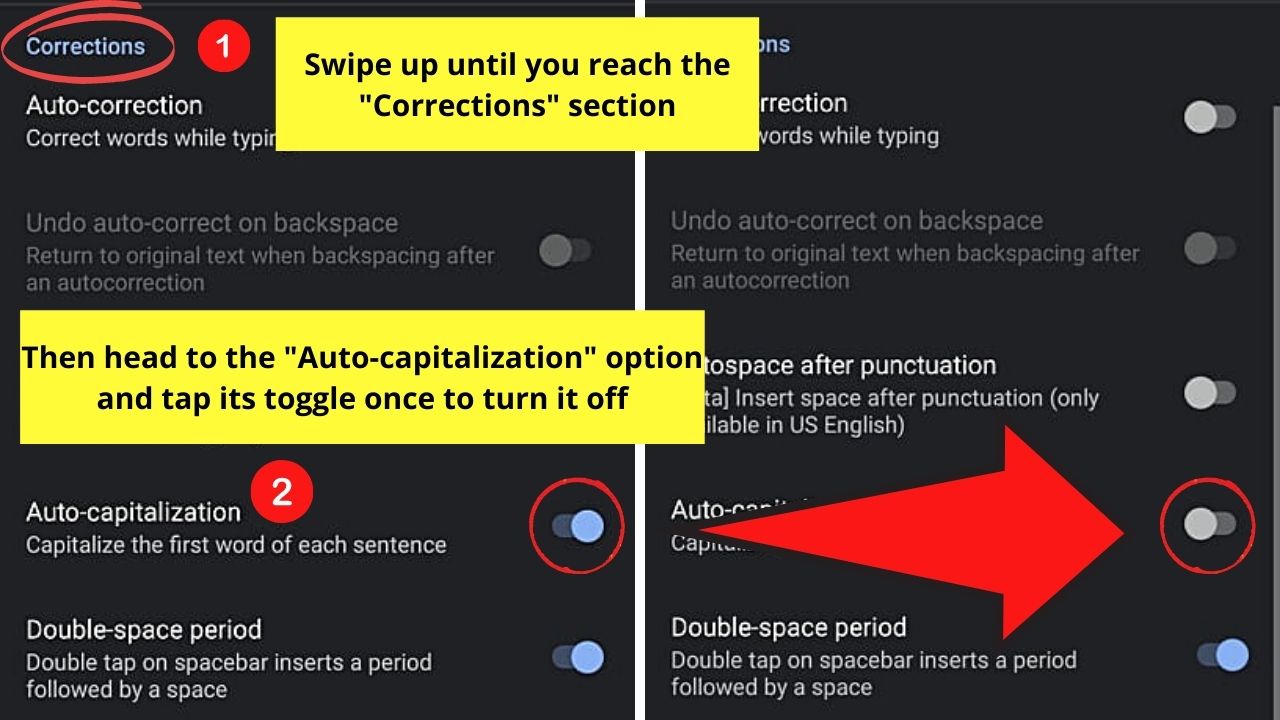 You’ll know if you’ve successfully turned the auto caps feature off as the toggle appears gray instead of blue.

After which, tap the “<” icon on the lower part of your screen to exit the “Settings” page and access the messaging app you’re using. 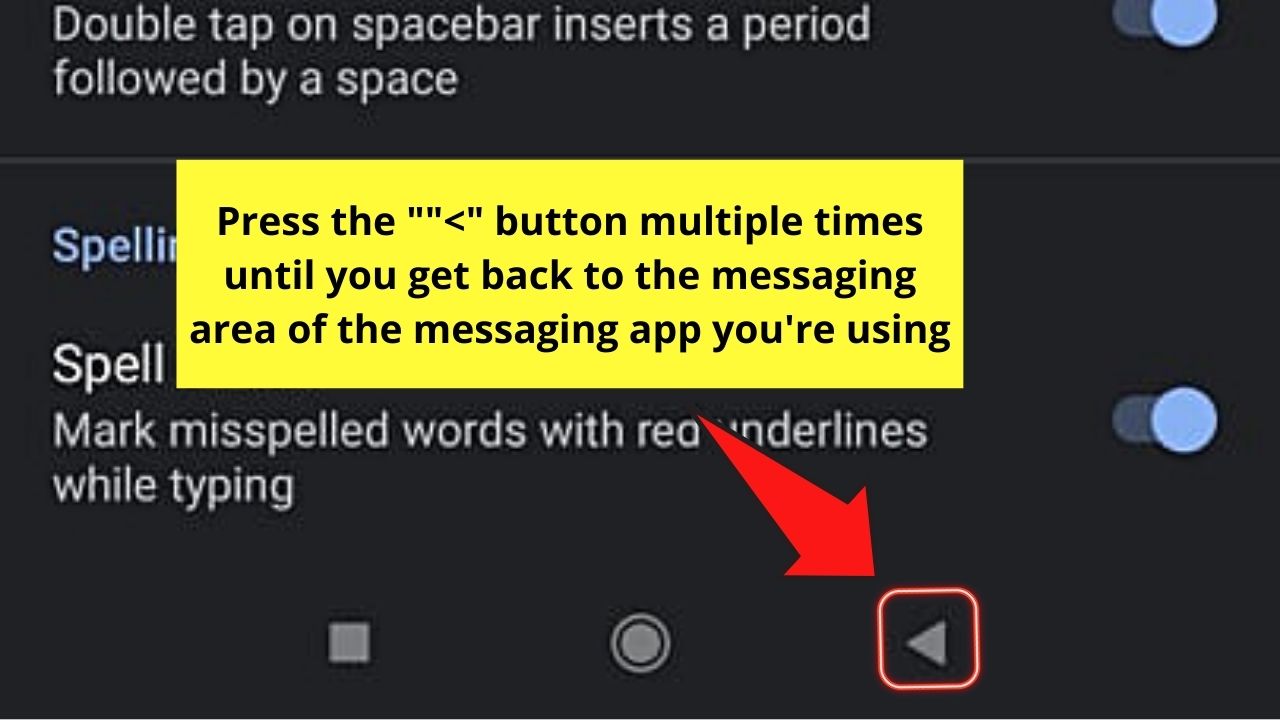 So, now that you know both the shortcut and long method of turning the auto caps feature off on Android, which of the two will you use more often?

And, while you’re at it, better learn how to bookmark in Chrome Android so you can easily access favorite websites with a tap.

Can I turn the “Auto-correction” feature together with the disabling of “Auto-capitalization?”

Since the “Auto-correction” feature falls on the same page as “Auto-capitalization,” you can simultaneously turn them off. Just tap the toggle of both features until both of them appear gray, signaling that you’ve turned them off.

Is it possible to turn the “Auto-capitalization” feature back on?

Where can I find the “Language and input section on the “Settings” page if I use the long method of turning auto caps off?

Since Android devices have slight differences in accessing certain features, you can use the search bar on the main “Settings” page. Just type “Language and input” on the search bar and press one of the options that appear on the dropdown menu.