I so love this song! But there’s one part that I want to use for the TikTok video I’ll create.

Is there a way for me to choose what part of the song I want to be featured in the video?

Well, you’re in luck today as TikTok’s got such a nifty feature called the “Trimming sound” feature.

So, to unlock this nifty feature, keep reading below.

How to Trim Sounds on TikTok

To trim sounds on TikTok, tap the “+” button to create a video. Then, press “Add sound.” Scroll down or use the search bar when finding the sound you’ll use. Once you find it, tap on the sound before pressing the “Scissors” icon. Swipe left to move further into the song before tapping “Done.”

When you want to “trim” a sound on TikTok, it doesn’t mean you’ll literally use a pair of scissors to cut that particular audio track.

What the term “trim” means is you’ll be able to choose another part of the sound and replace the one featured originally.

Think of it like you’re shortening a certain video clip, except that you’ll work on the waveforms presented on that sound.

So, if you’re eager to learn this cool feature, make sure to follow the next steps:

Step 1: After launching TikTok on your phone, head to the bottom panel of the “Home” page and press the “+” button. 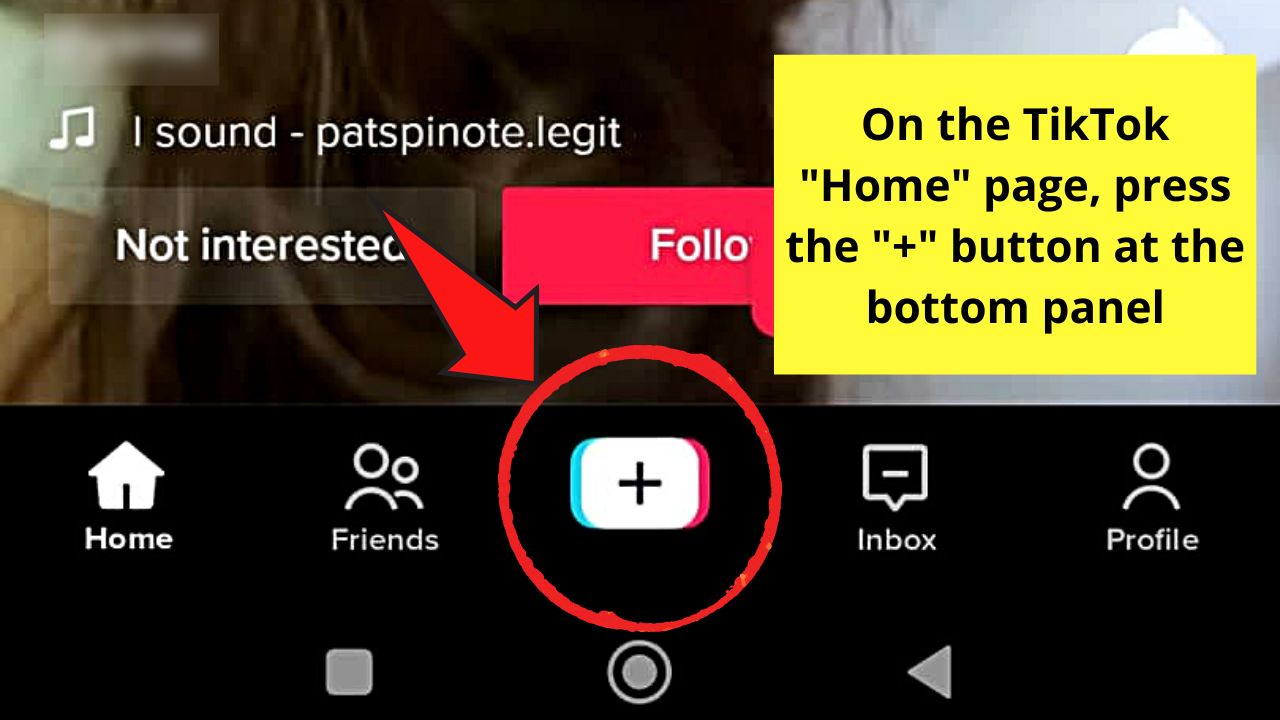 This move will then take you to the “Create a Post” page.

Step 2: Before you begin recording, head to the top part of the screen and tap “Add sound.” 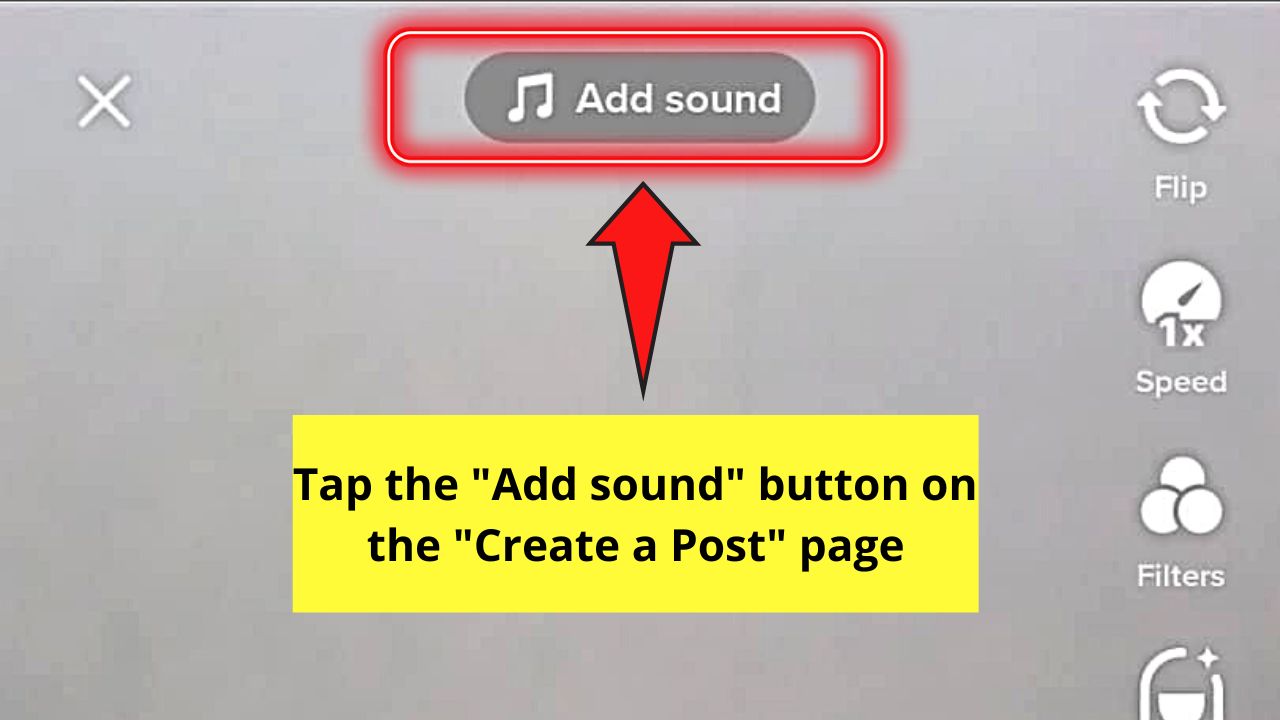 The “Sound Directory” page will then appear on the screen.

Step 3: On the “Sound Directory” page, swipe up for you to find the song you’ll use for the video you’re creating.

But, you can also use the search bar at the very top of the page for a quicker way of searching the sound. 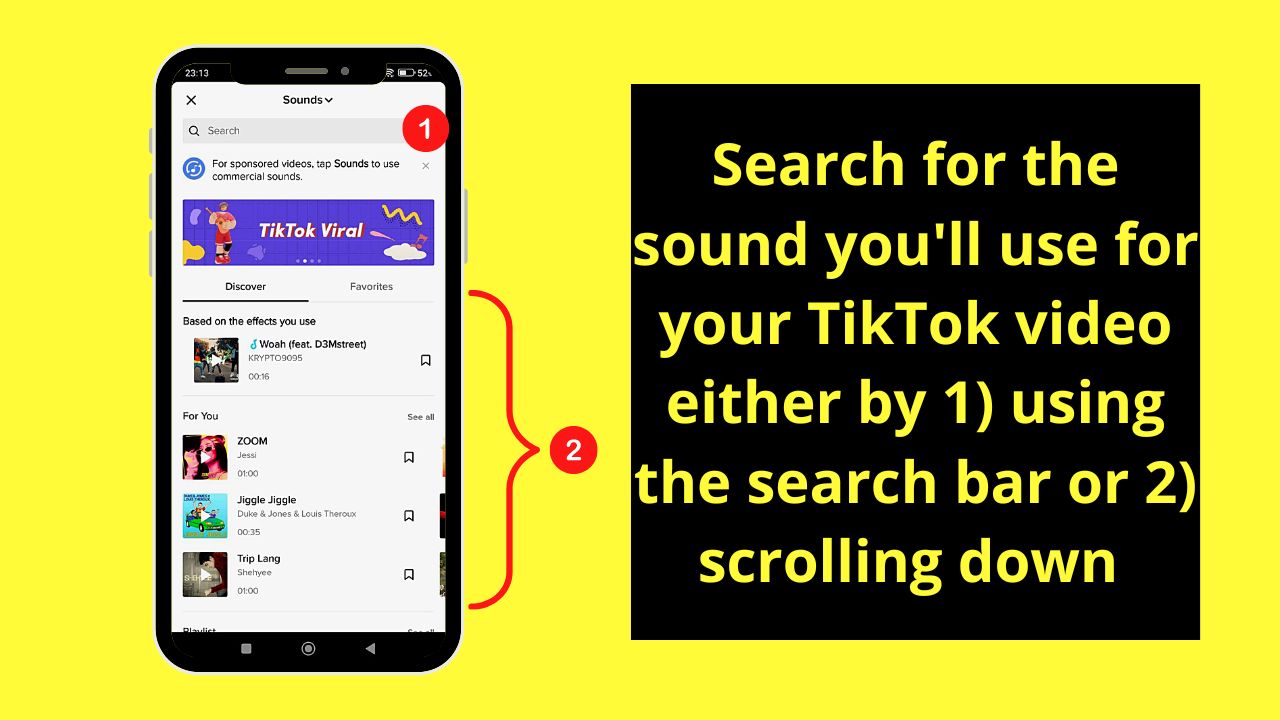 This move will then make 3 options appear beside the sound’s title.

Step 5: From the 3 options presented, tap the scissors icon, which is the “Trim sound” button. 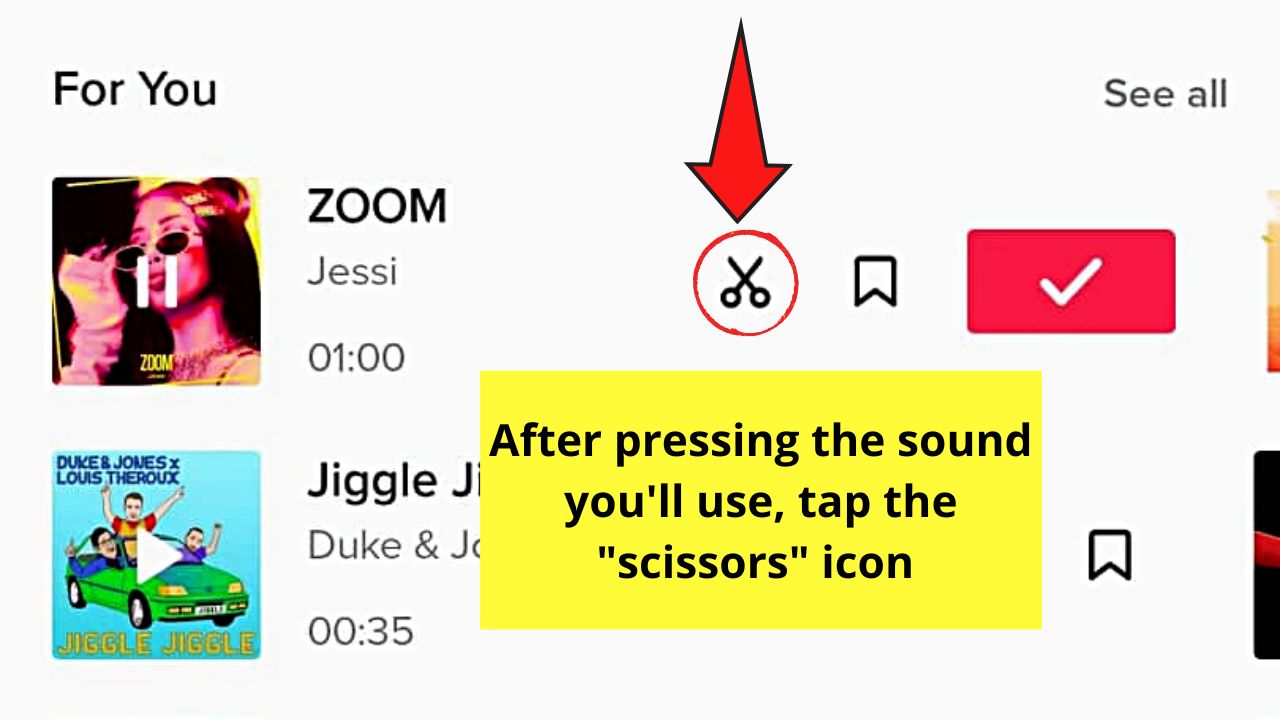 You’ll then see a waveform of the soundtrack below the screen.

Step 6: If you like the current sound featured on that particular clip, just press the red “Done” button to add other features to your TikTok video. 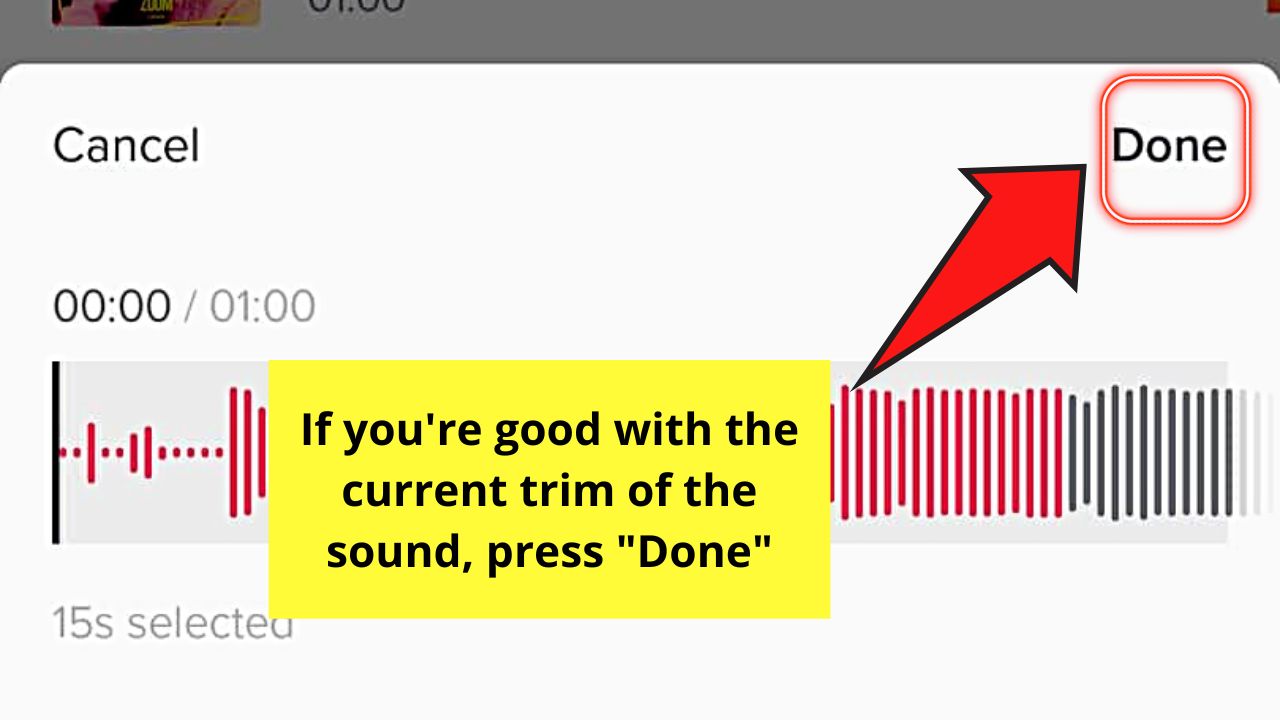 But, if you want to use another part of the said sound, swipe left so you’ll advance further into the said song. 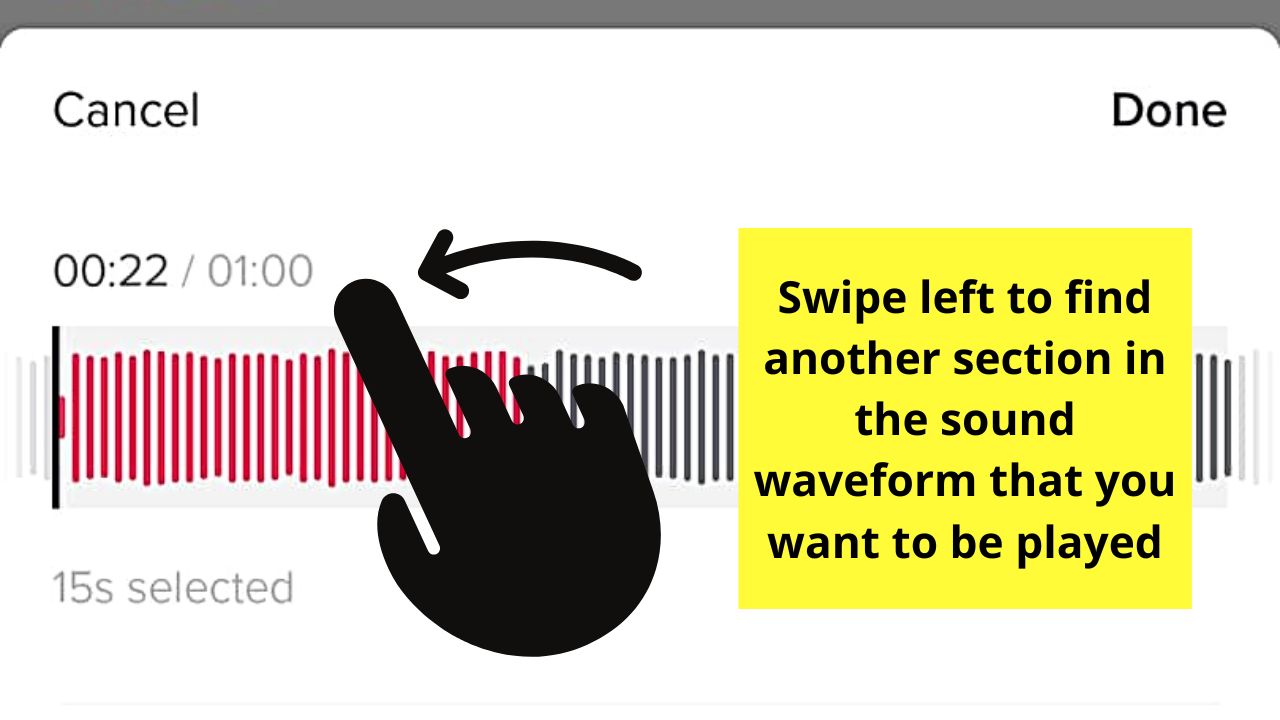 Keep swiping to the left until you find the exact part you’re looking for.

Step 7: Press “Done” to select that particular waveform on the sound you’ve chosen. 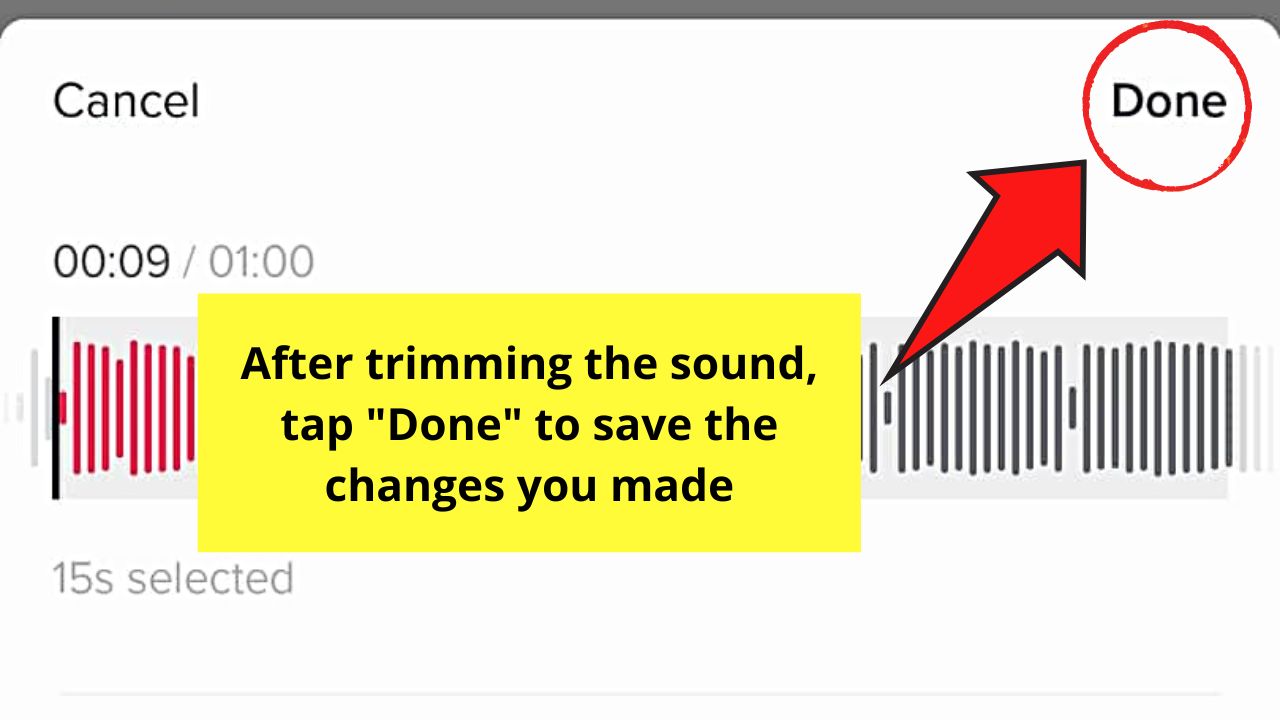 Then, proceed with editing further the video before tapping “Next” to post it. 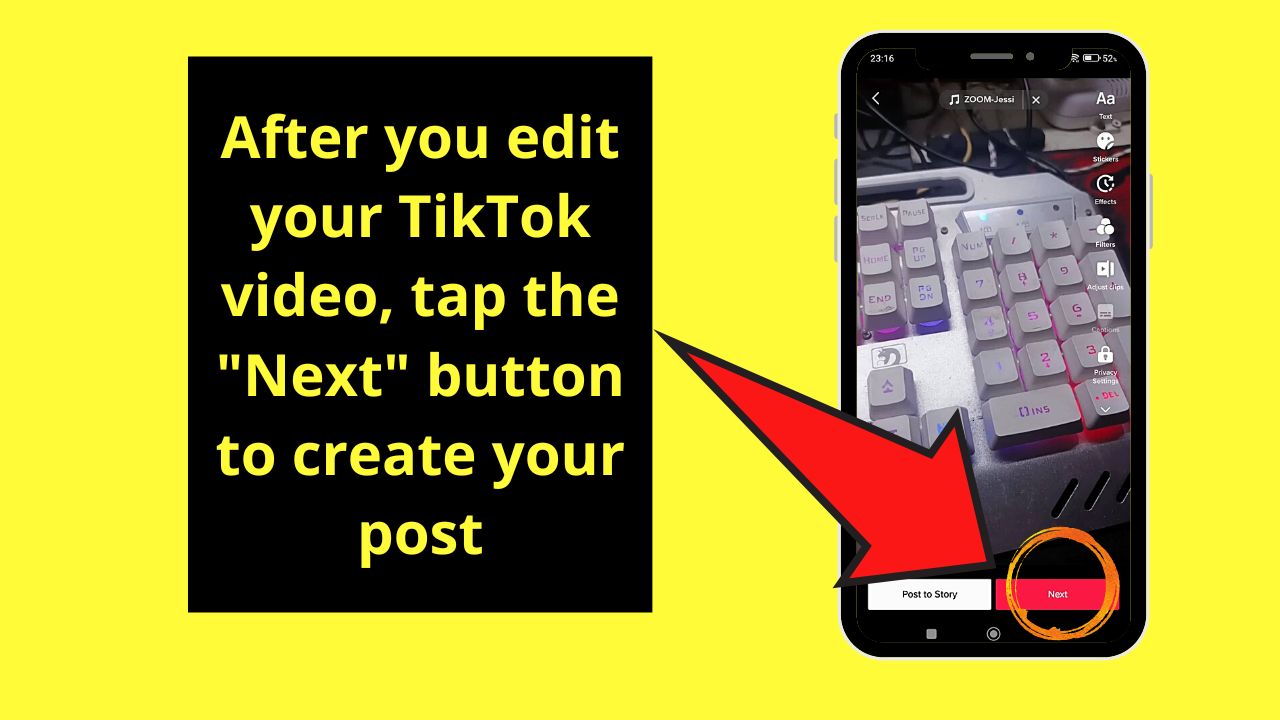 From there, you can begin tagging someone so he or she will be able to see that video the soonest you post it.

So, do you feel confident to begin trimming sounds on TikTok?

Frequently Asked Questions about How to Trim Sounds on TikTok

Is it still possible to re-trim a sound on TikTok?

If you’re not satisfied with how things sound after trimming an audio clip on TikTok, you can re-trim it. Just press “Add sound” at the top of the screen and tap the audio clip before presing the scissors icon again. From there, edit the sound again before pressing “Done.”

Can I re-trim a sound after posting it on TikTok?

While you definitely can re-trim a sound during the creation process, you can’t do so once you’ve published the video. If you’re not satisfied with the final result of your video, then delete it and create another one from scratch with the sound re-trimmed.

How long should the audio be before I can choose its starting point when trimming a sound?

You’ll find that sounds on TikTok can be as long as 1 minute and be as short as 5 seconds. However, for you to select the starting point of a sound, it should be at least 15 seconds long.