One of the aesthetics of being in Discord servers are the ranks you may gain just by being active. The rank or role may give you a different color when you type. Also, some Discord servers bless you with special permissions when you reach a certain rank.

If you’re a Discord server owner, having a ranking system might also encourage more activity in the server.

This tutorial is focused on incremental roles that members may gain in the server. In this tutorial, you will learn how to set up ranks & roles.

In addition, we will give you some ideas & tips as far as Discord Ranks (roles) go.

Without further ado, let’s dive right into it!

The purpose of having Discord ranks on a server

It is mentioned above that it may encourage more activity from your members in the server. It’s a way to reward your members without spending a dime. Besides that, it will also make the text channels colorful.

It will also give you a good insight of how many people are actually active in your server or how many just lurk around. Having 20 people in the high ranks and having 200 in the default ranks would mean that there are not enough engagements.

You may also set certain giveaways only to people who achieved a specific rank. That way, there is more incentive in being active.

This can be prone to abuse and spam, so make sure the Discord bot you are using has a cooldown before a person can get more “experience points”.

To start setting up a ranking system, you need to create roles in your server settings.

The settings can be found by clicking the arrow on the upper left part of the server, next to the server name. 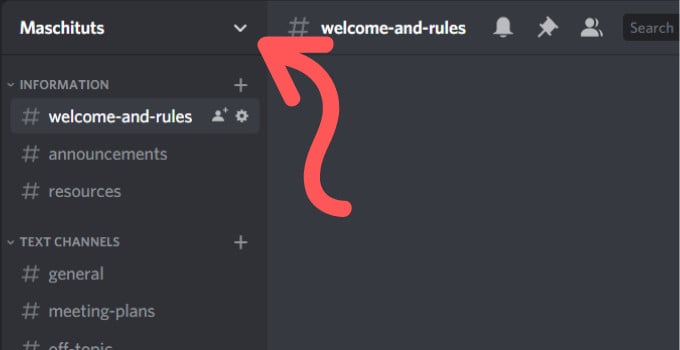 Click on Roles, then add ranks by clicking on the plus button. 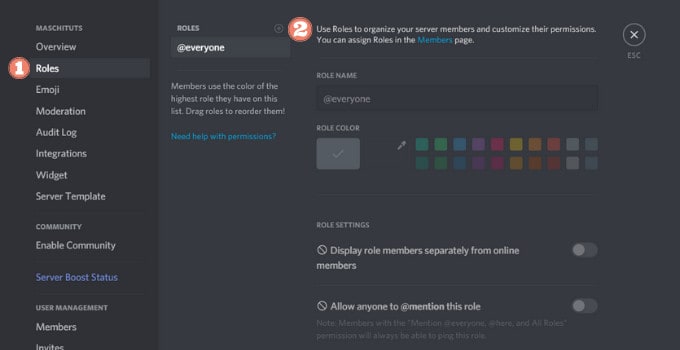 Make sure the higher ranks are above the lower ranks. You can change the order by dragging the roles up or down. Don’t forget to click Save Changes. The highest rank will override the lower rank’s role color, permissions, and sidebar display order if applicable. 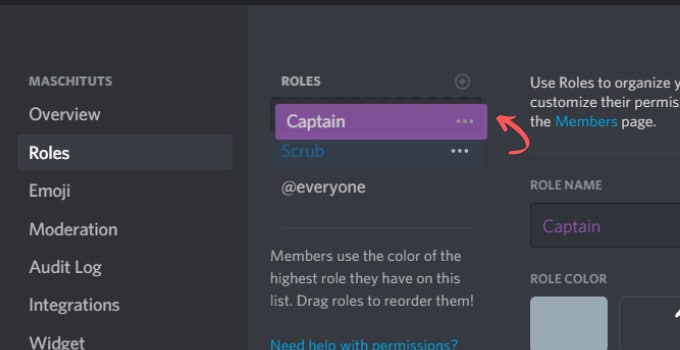 How do I let users rank up by their server activity?

This feature requires a Discord bot.

Fortunately, there are available Discord bots online that have this feature. Most bots work with “experience points” or exp for the levelling system.

Each message sent will give the members exp and the exp will add until the member levels up.

Most bots can be customized. You can customize the range of exp given and how often they can receive it. You can also customize which level a member needs to achieve before getting the rank.

It is important to also customize which channels generate exp for the members. Spam channels and bot commands channels are usually disabled for this since they don’t generate much content or conversations.

Some bots also give exp not just with the number of messages but also with how long you stay in a voice channel.

Another interesting feature is a tree-levelling system where a member can choose which path to choose and certain paths have different ranks.

Setting this up might be complicated and requires premium membership to use the bot feature. Gaius Play have these features.

In the past, a lot of servers used Mee6 for ranks, but there are other Discord bots that may be better for you depending on your needs.

Amari Bot and Gaius Play (as mentioned) are quite popular as well.

Atlas Bot is another great choice, which offers several other top-notch features.

The beautiful thing about Discord is that a lot of things are customizable, including role names. There are a bunch of ideas out there but it is suggested that you set your rank names in line with the server theme.

For example, if your server theme revolves around Pirates, you can set the rank from a Swab to a Lowly Crew to a Cabin Boy to a First Mate. Your moderators and admins may have the Quartermaster or Captain rank.

If your server is focused on a certain competitive game, you may use the ranking system by the game itself. In League of Legends, that would be Iron, Bronze, Silver, Gold, Platinum, Diamond, Master, GrandMaster and Challenger.

You are encouraged to be as creative as possible. Set a theme, google existing ranks in that chosen theme and then set your roles in the server.

What if I can’t think of a topic or there’s no specific topic in the server?

This is understandable since it’s difficult to find a good, unique theme. Generic themes might also be a bad idea because you will seem unoriginal.

However, there is still a good way to get unique rank names. You could have your members give you suggestions. These suggestions may be a part of an inside joke, which will give it a unique flair.

Another way to do it is have the member who reached the rank first decide on the role name.

It is important that you set some guidelines regarding this to avoid offensive names that are against Discord Terms of Service.

Obviously, there are pros and cons to this setup. Members will try to get the rank first and so activity will pick up. This will reward users who have been in the server early on.

However, this setup will put new members at a disadvantage. They will need to grind faster.

Please go to the sites we stick to, such as this 1, as it represents our picks from the web.

One of our visitors just lately encouraged the following website.