As staunch supporters of conflict resolution through peace and mediation, we always recommend kicking someone on Discord rather than banning them. But even though it is a bit extreme, sometimes one has no other option left against serious offenders!

So what does banning someone on Discord mean?

Banning someone on Discord means cutting off any current or future access of the offender to your server (until and unless you unban them). They won’t be able to see your server and will not be able to use any links to rejoin.

How to ban someone on discord: Step-by-step Instructions

1 Right click on the name of user you desire to ban from the server, which will open up a drop-down menu with a list of options. Click on “Ban nameofthesuer”. 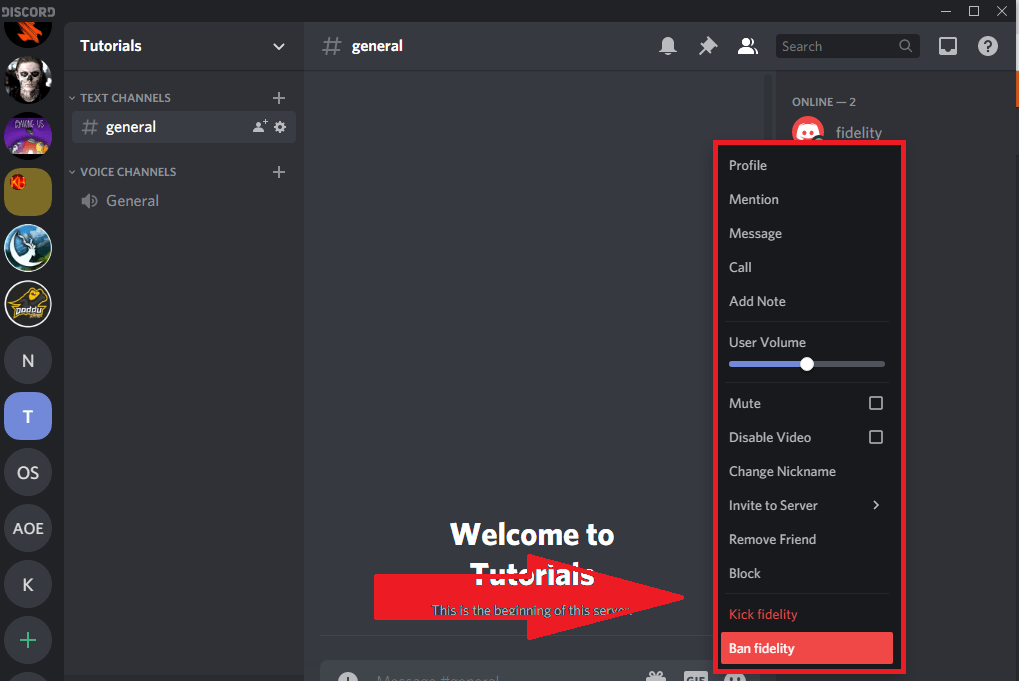 2 A dialogue box will pop up then that will ask for two things. The first question is a drop-down option menu which asks how far back the messages from the person being banned should be deleted. 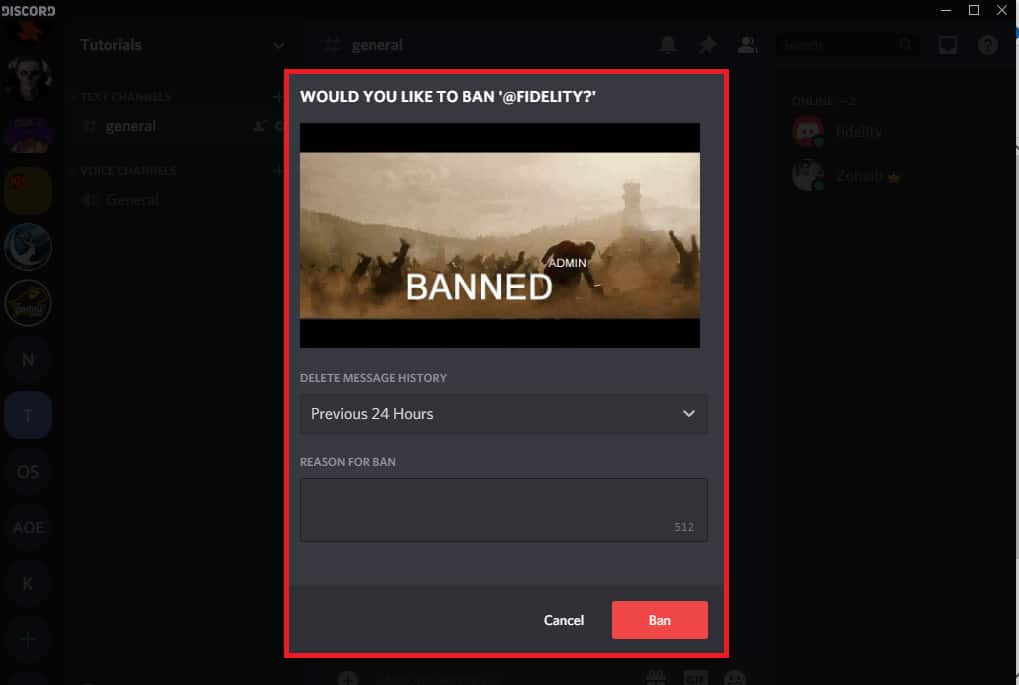 You have 3 choices to choose from. The (option set as default) is to delete all the messages sent by the user within the last 24 hours.

But you can also choose to either delete all messages sent by that user in the last 7 days or not delete any messages from them at all.

This is just a convenient feature on Discord so that you can delete any offensive, abusive messages from that user with a click of a button instead of looking for their messages in the server chat manually.

The next section asks to provide a reason for banning that user, (quite similar to when we kick a user from Discord), and serves the same purpose. You can leave it blank if you’d like.

3. Finally click on “Ban” to confirm the banning of that user. 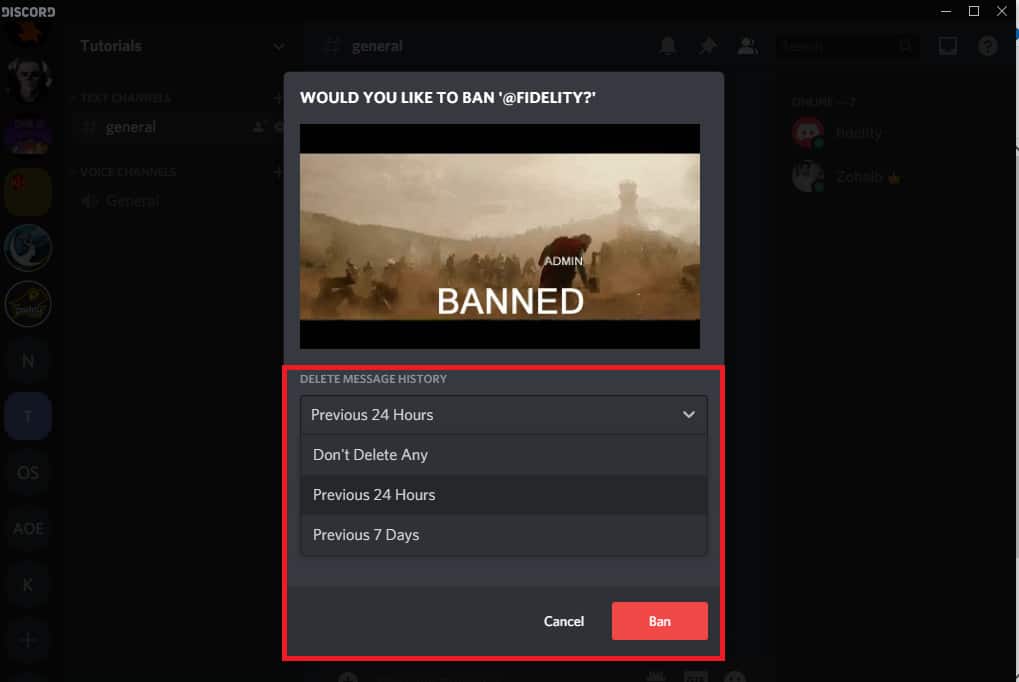 Banning someone on Mobile (Android)

If you’re using Discord on mobile, you will need to first open the Discord app and login to your account.

1. Once you’re in, open up the side menu by tapping the menu icon (top left corner). 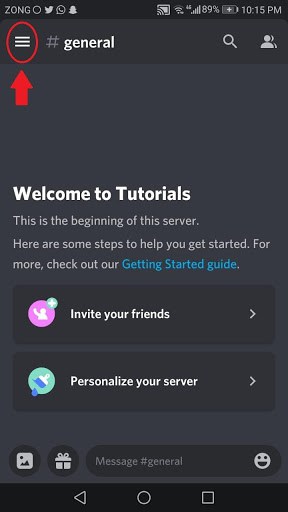 3. After you’ve selected your server, go to the server menu which opens up by tapping the three dots on the top 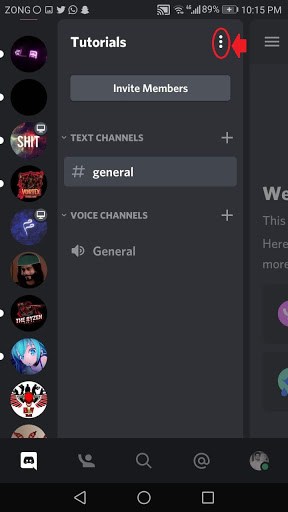 4. On the newly popped up menu, tap the “Settings” option. 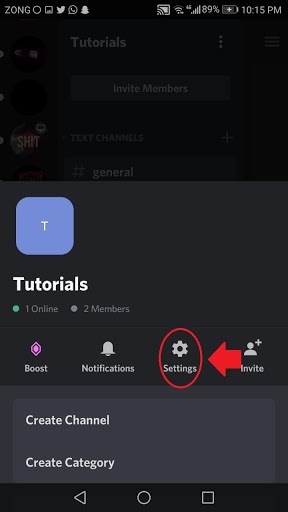 5. Once you’ve reached the server settings, scroll down to the “User Management” section.

6. Tap on “Members” to proceed further. 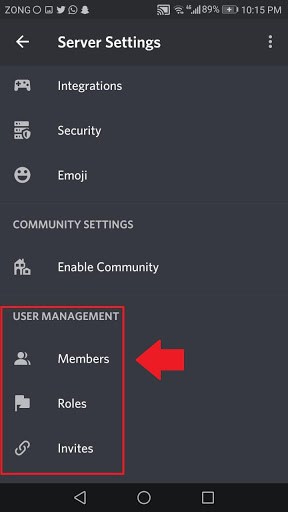 7. Tap on the three-vertical dots next to the username of the user you wish to ban. 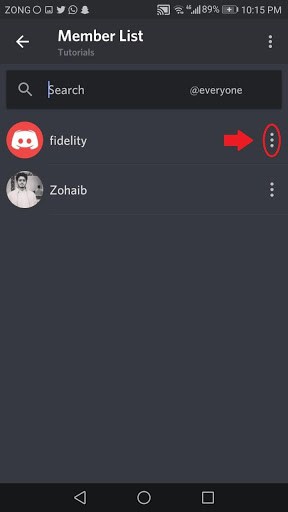 8. The option bar will then display multiple options of kicking, banning or changing the user’s roles. 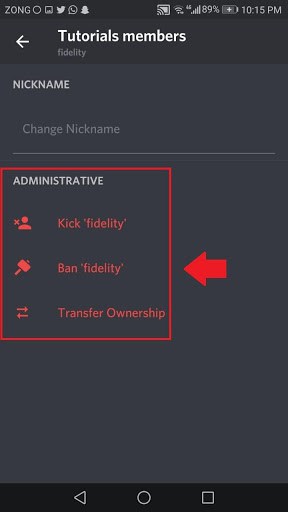 9. Tap on “Ban nameoftheuser” to ban the user.

The next screen (no screenshot) will prompt you to:

a. Provide a reason for banning the user,

b. A drop down menu option to delete all the user’s messages from the past 24 hours, all the messages sent by the user in the last 7 days or not delete any messages at all.

As with kicking someone on Discord, you can leave the “reason for ban” section empty. 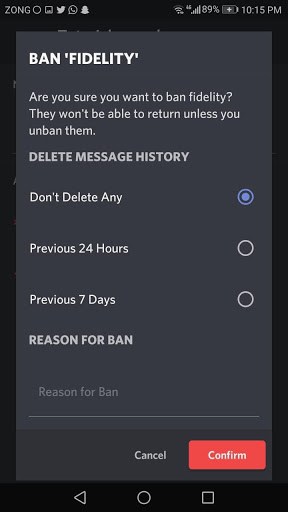 How to ban someone on Discord mobile (iOS iPhone)

Is there any other way to ban someone from the server?

For Windows/MAC users, there are two more ways to ban someone from your server.

You can ban someone using the Voice Channel or you can ban them from the Server Settings.

How to Ban someone from the Voice Channel?

How to ban someone from the Server’s settings?

Fun Fact: Discord has introduced a fun feature when you ban someone on Discord. It’s a GIF that shows Thor (the admin) in a battlefield surrounded by enemies.

Thor then goes on to throw his hammer on the ground that destroys his enemies, representing the banning of a user. It’s hilarious!

Who has the authority to ban someone from a Discord server?

When and why is there a need to ban someone from a server?

The need to ban someone from your discord server arises when that said user violates a certain policy or set of policies and rules that have been set by the server.

What happens after someone got banned?

After being banned, the user cannot see or rejoin that server through any links or invites whatsoever. However, Discord bans that particular user’s IP address when you ban a user, and so if the same person changes his/her IP address, they will be able to see your server and get in through an invite link. Watch out who has permissions to share the server’s link.

How/when is a user able to rejoin a server they got banned from?

For a banned user to rejoin the server, their ban would have to be manually lifted by the admins/moderators or owner of the server from the server settings.

After they are unbanned, they will be able to rejoin the server with an invite link.